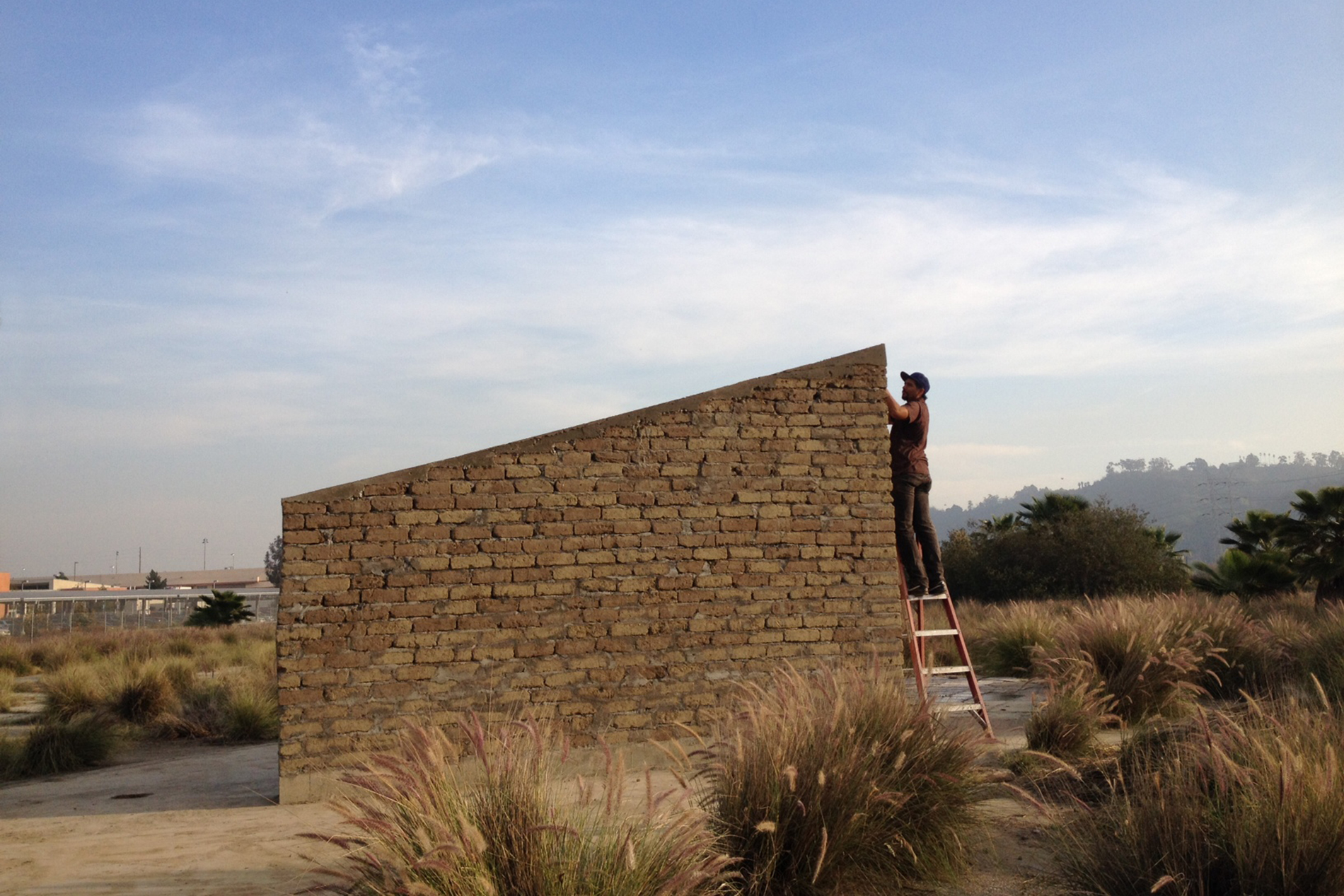 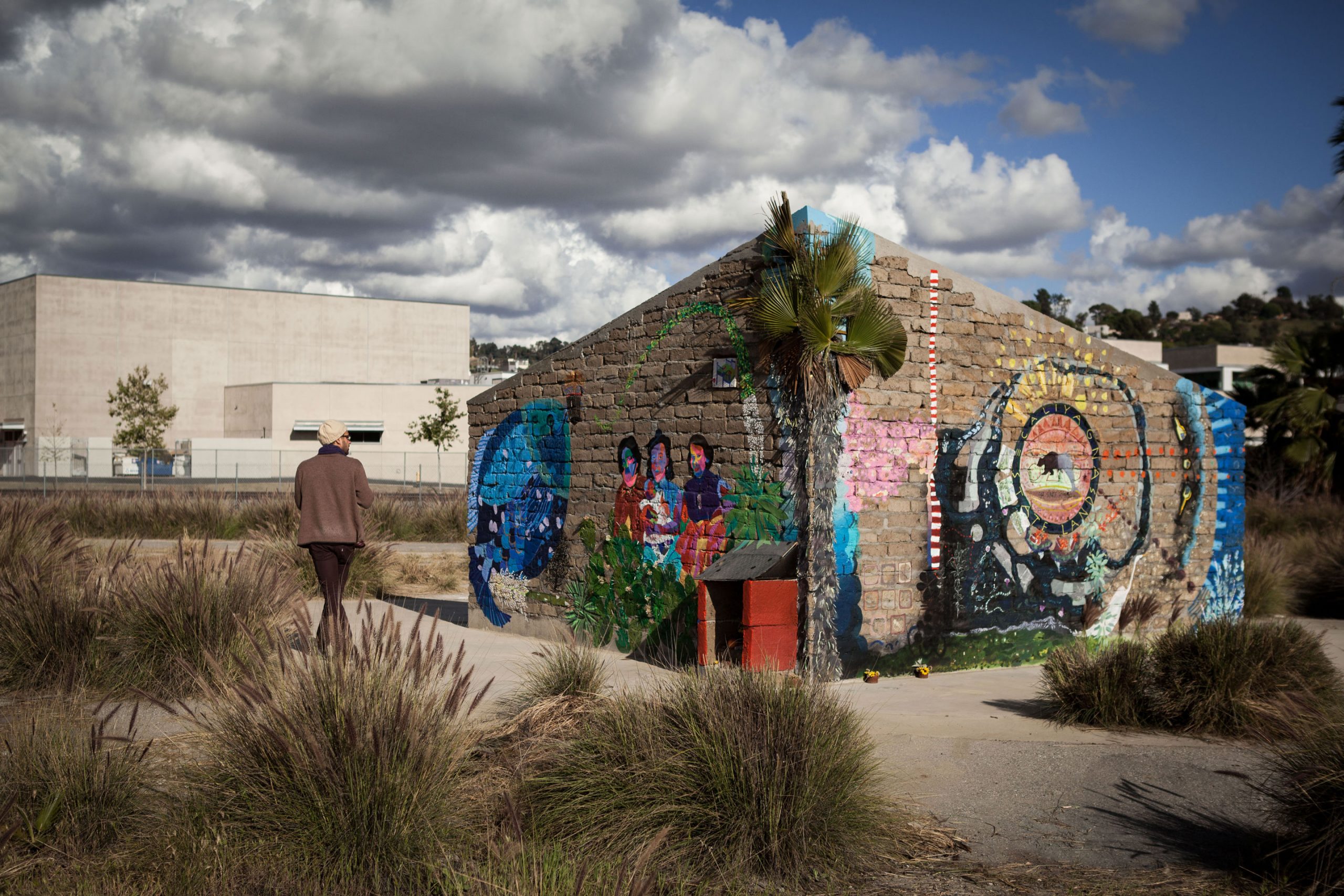 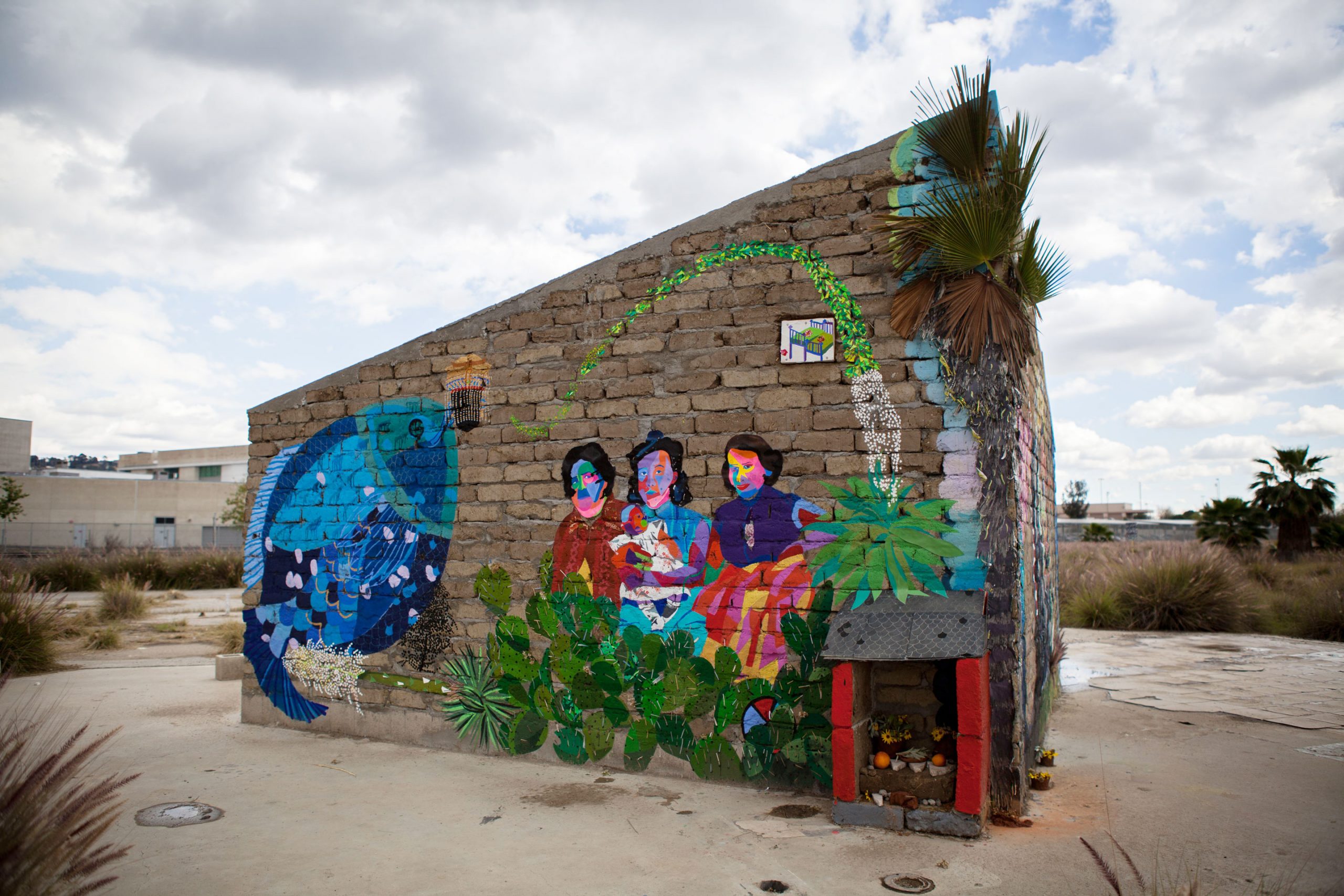 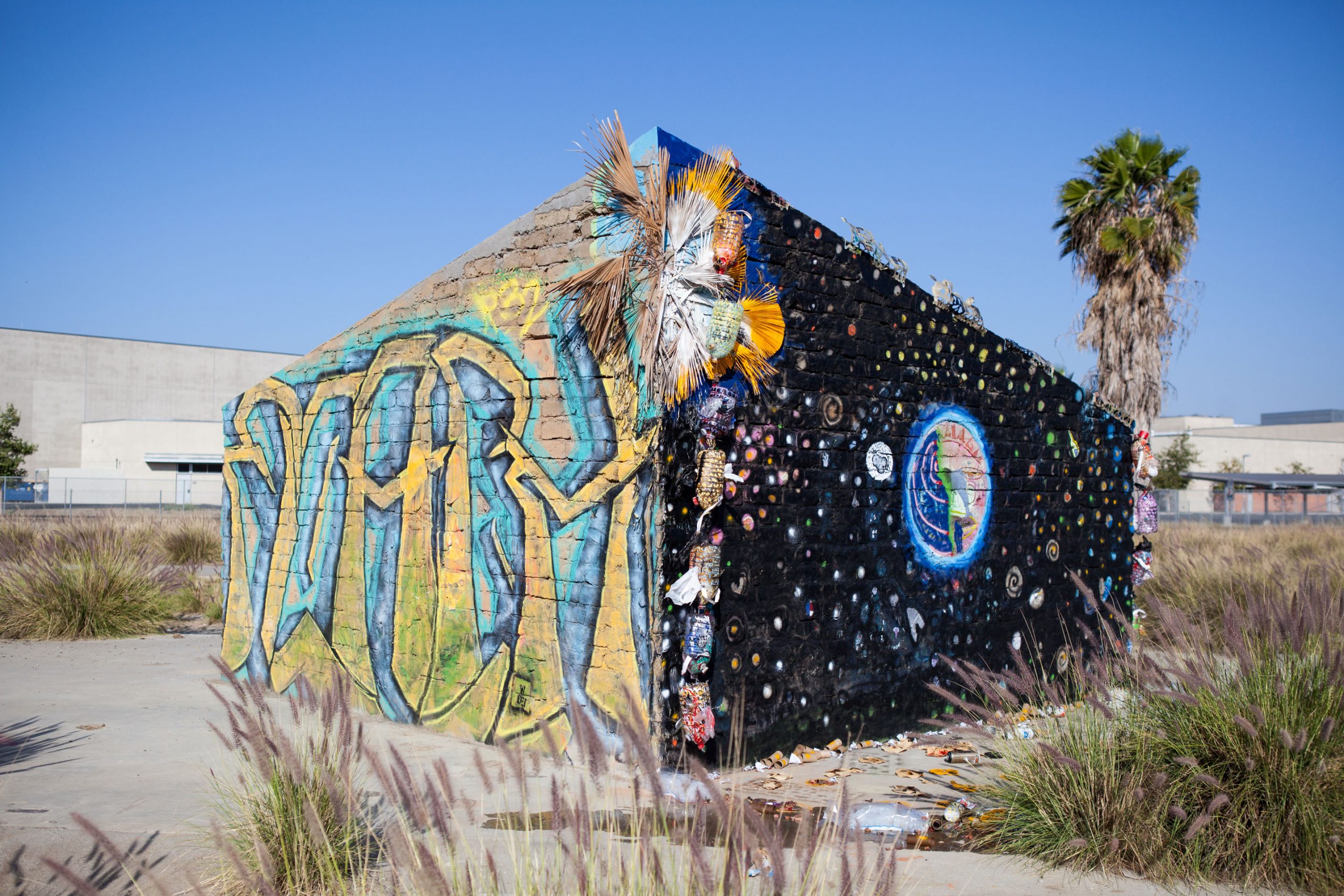 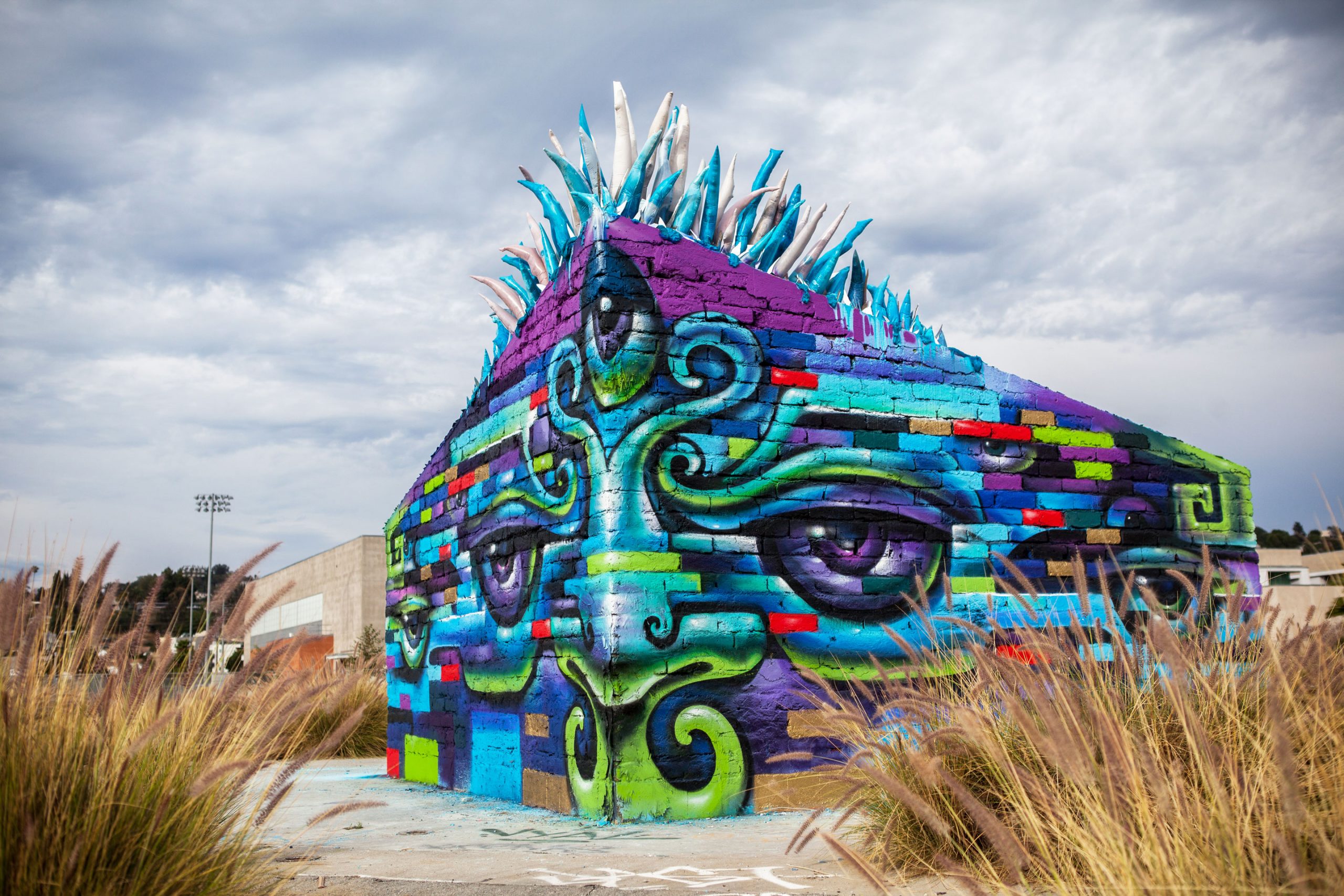 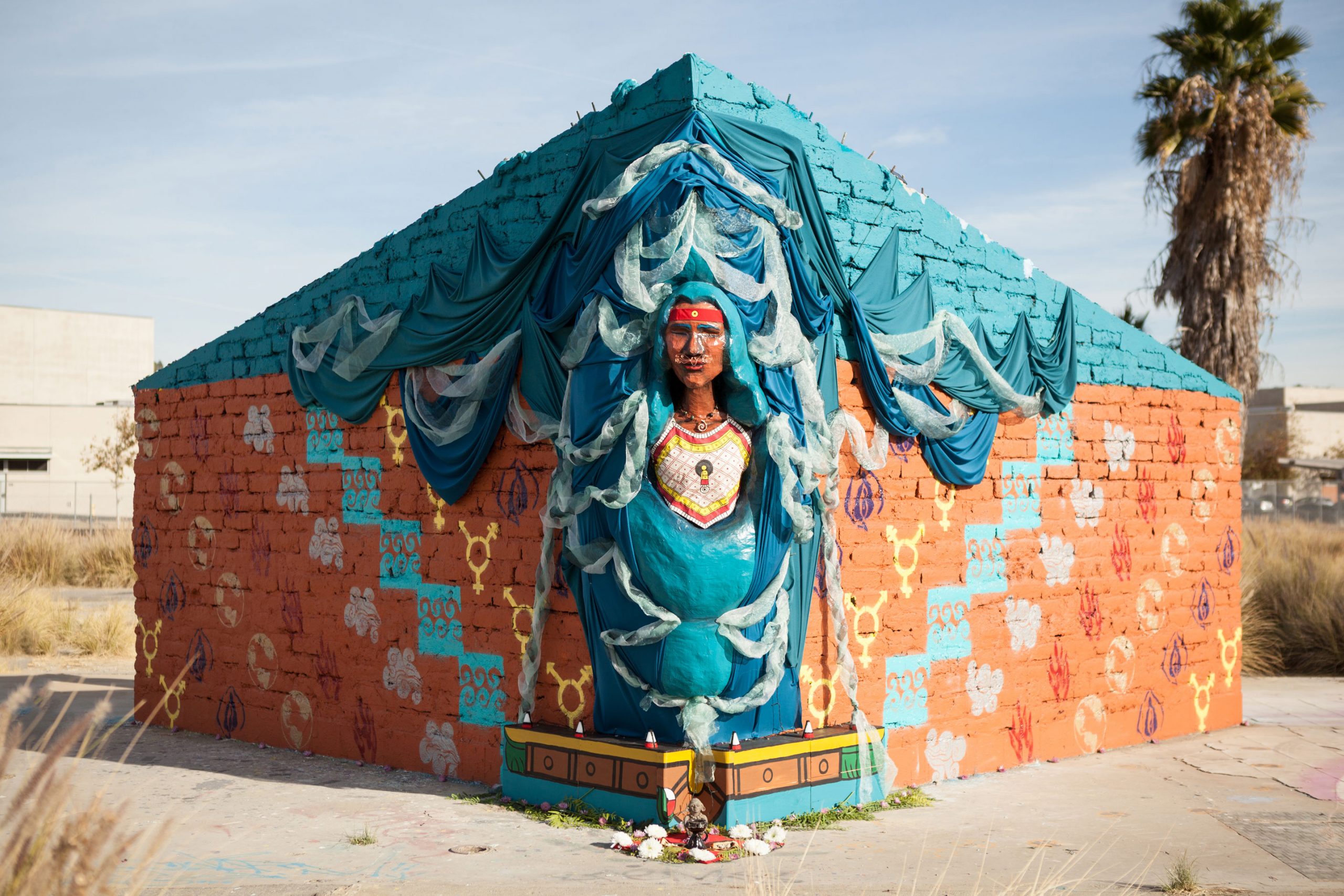 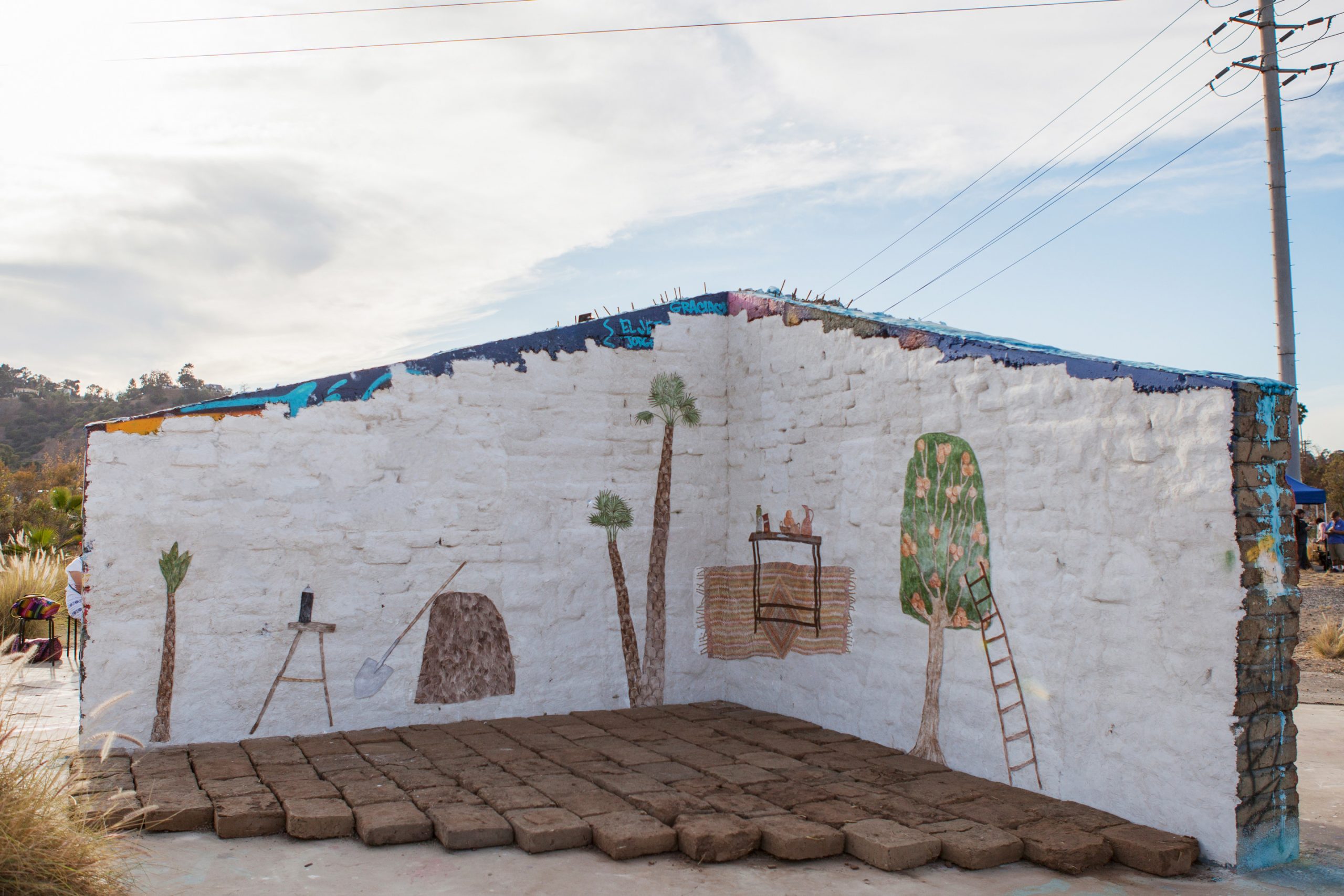 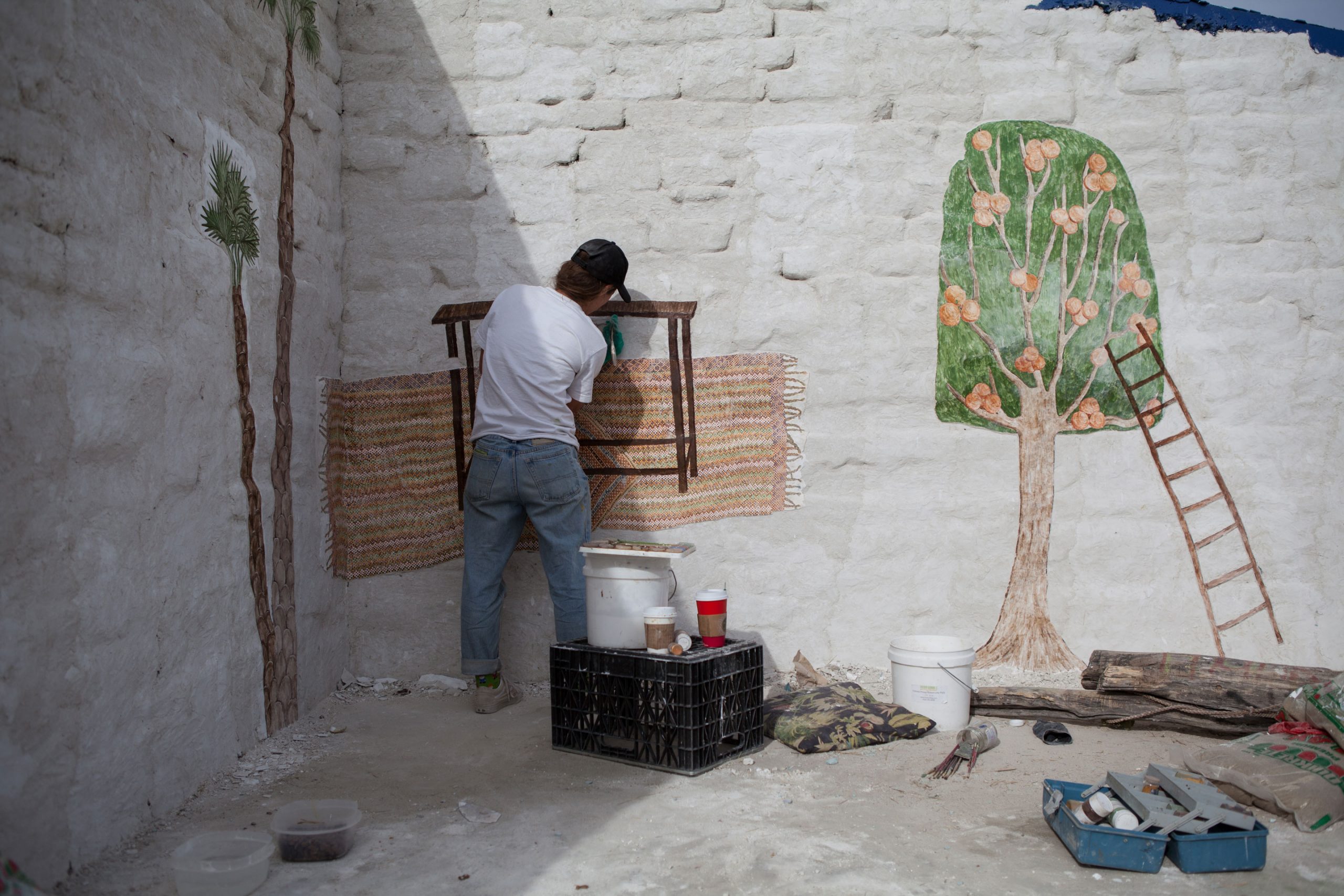 Con/Safos (C/S) by Rafa Esparza is a site-specific sculpture and year long revolving installation at the Bowtie Project. Over the summer of 2014 Esparza and his father handmade 1500 adobe bricks on site as part of Esparza’s Bowtie Project performance building. a simulacrum of power. In a continued exploration of the site, Esparza used these bricks to build 2 intersecting adobe walls. Throughout the course of a year graffiti artists, painters and sculptors have been invited to design, paint, and build onto the surface of Con/Safos.

The Los Angeles River has long been a contested site in many forms. As of 2008, the Los Angeles Graffiti Abatement Program resulted in the removal of much of the historic graffiti that lined the embankments and walls along the river. It erased not only a significant history of artistic production specific to Los Angeles, but with it dislocated and disbanded a community whose primary creative forum was found along these banks. This collaboration is designed to highlight a history of displacement along the river and to provide an open sanctioned space for painters and graffiti artists to create temporal artworks.

In addition to creating a work for the wall, each artist will create a unique print produced in collaboration with Self Help Graphics & Art (SHGA), a popular and vital community resource for the creation and presentation of Chicano/Mexicano art and culture in East LA. SHGA will invite each participating artist to partake in their Atelier Program where they will print a limited edition serigraphic print inspired by their work at C/S. SHGA will also be conducting onsite experiments creating dyes from native plants to use in printing, thus producing their first ever site-specific edition and infusing each print with the feeling and life of the LA River.

Rafa Esparza is a multidisciplinary artist. His work ranges in medium from installation, sculpture to drawing, painting; and most predominantly live performance. Woven into Esparza’s bodies of work are his interests in history, personal narratives, and kinship. He is inspired by his own relationship to colonization and the disrupted genealogies that come forth as a result of. Esparza has performed in a variety of spaces ranging from community engaged places such as AIDS Project Los Angeles, to galleries including Los Angeles Contemporary Exhibitions, Highways Performance Space, REDCAT, Human Resources, SOMArts and most recently public sites through out the city of L.A. He is a recipient of an Emerging Artist 2014 California Community Foundation Fellowship for Visual Artists.

Funding for this project is provided via the support of an Indiegogo fundraising campaign. A portion of paint supplies for Con/Safos was provided by Home Depot and Shilpark Paint, through ExchangeWorks.

Making Bricks with the Esparzas