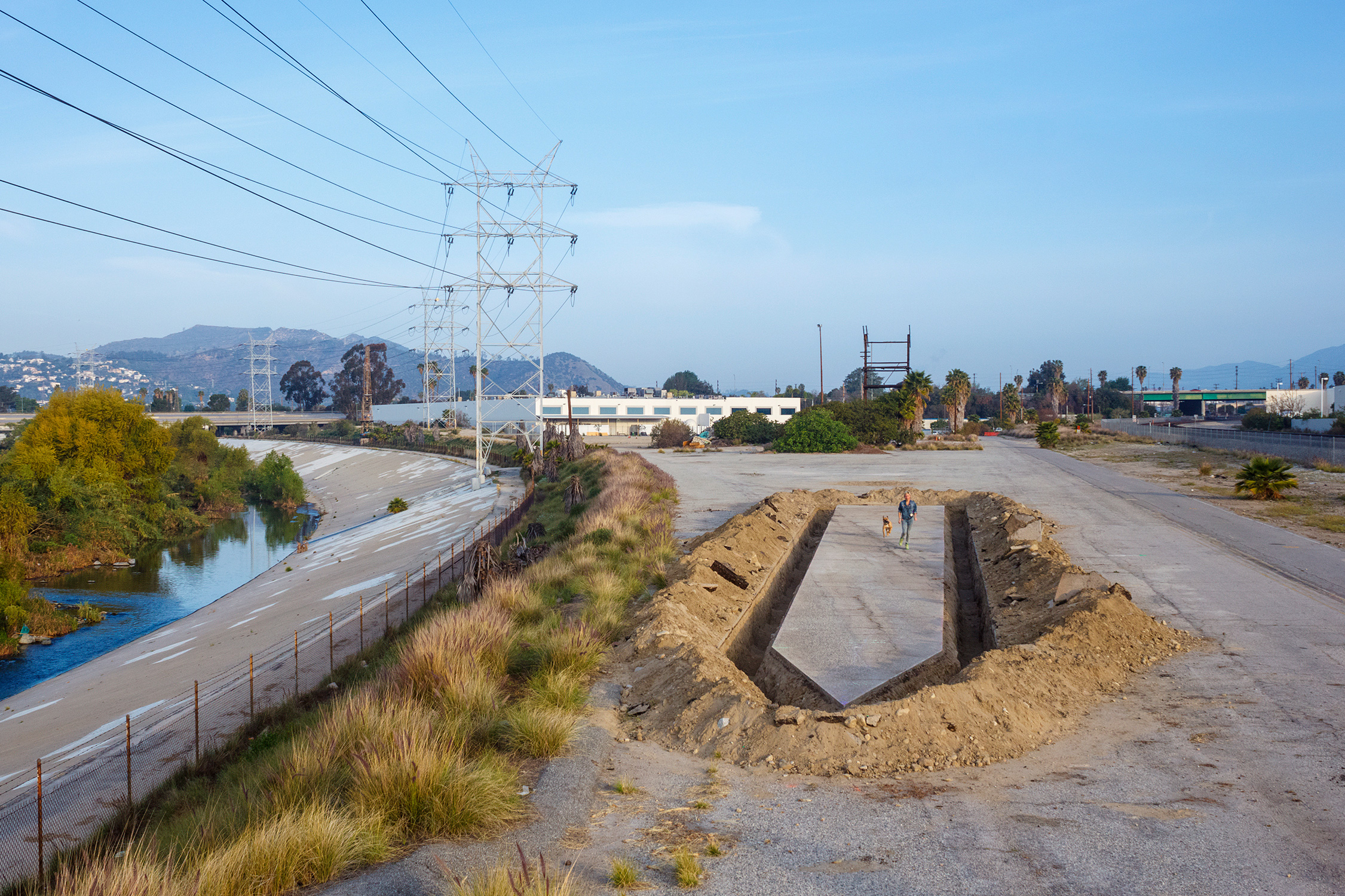 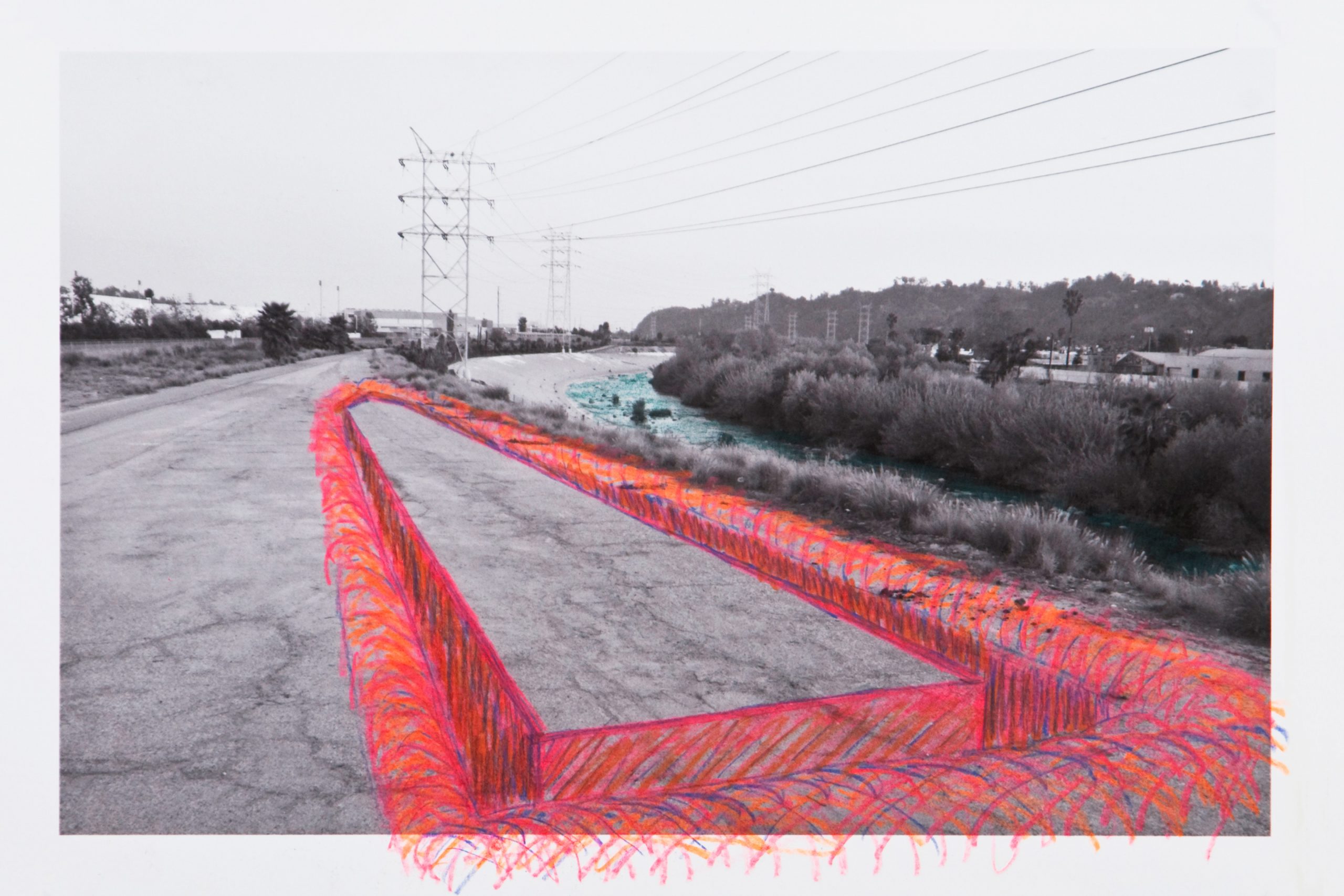 The Unfinished is an obelisk-shaped excavation located along the banks of the channelized LA River at the Bowtie Project. The horizontal excavation, dug into and through the asphalt of an empty industrial lot, is a 137-foot to-scale replica of the Ancient Egyptian archeological site known as “The Unfinished Obelisk.”

“The Unfinished Obelisk” was begun during the reign of Pharaoh Hatshepsut, as one of her many monumental architectural commissions. The obelisk was to be carved from a single piece of granite and stand 137-feet tall, dwarfing all prior obelisks. The project was abandoned when a fissure was discovered while carving directly into the quarry’s bedrock. For thousands of years the obelisk has laid in its broken, unfinished state, just a few miles from the Aswan Dam on the Nile River. Referred to as the High Dam, the dam was built in the 1960’s to control annual floods, provide irrigation and generate hydroelectricity. To this day, “The Unfinished Obelisk” is the largest known ancient Egyptian obelisk, despite the fact that it has never been raised.

Michael Parker is a Los Angeles based artist whose practice explores individual agency and collective action. He employs sculptures, publications and events to explore ideas of temporality, absurdity, pragmatism, hierarchy and consumption. His projects consistently engage with unexpected partners such as Cold Storage construction workers, Linemen-in-training or sauna enthusiasts in the Steam Egg . He has worked with the LA Department of Cultural Affairs, Human Resources, Machine Project, Public Fiction, Control Room, The Center for Land Use Interpretation and High Desert Test Sites. Michael holds a BA from Pomona College and an MFA from USC. He teaches sculpture at California State University, Long Beach.

The Unfinished is produced with additional support provided by an ARC grant from the Center for Cultural Innovation.

Performances on The Unfinished 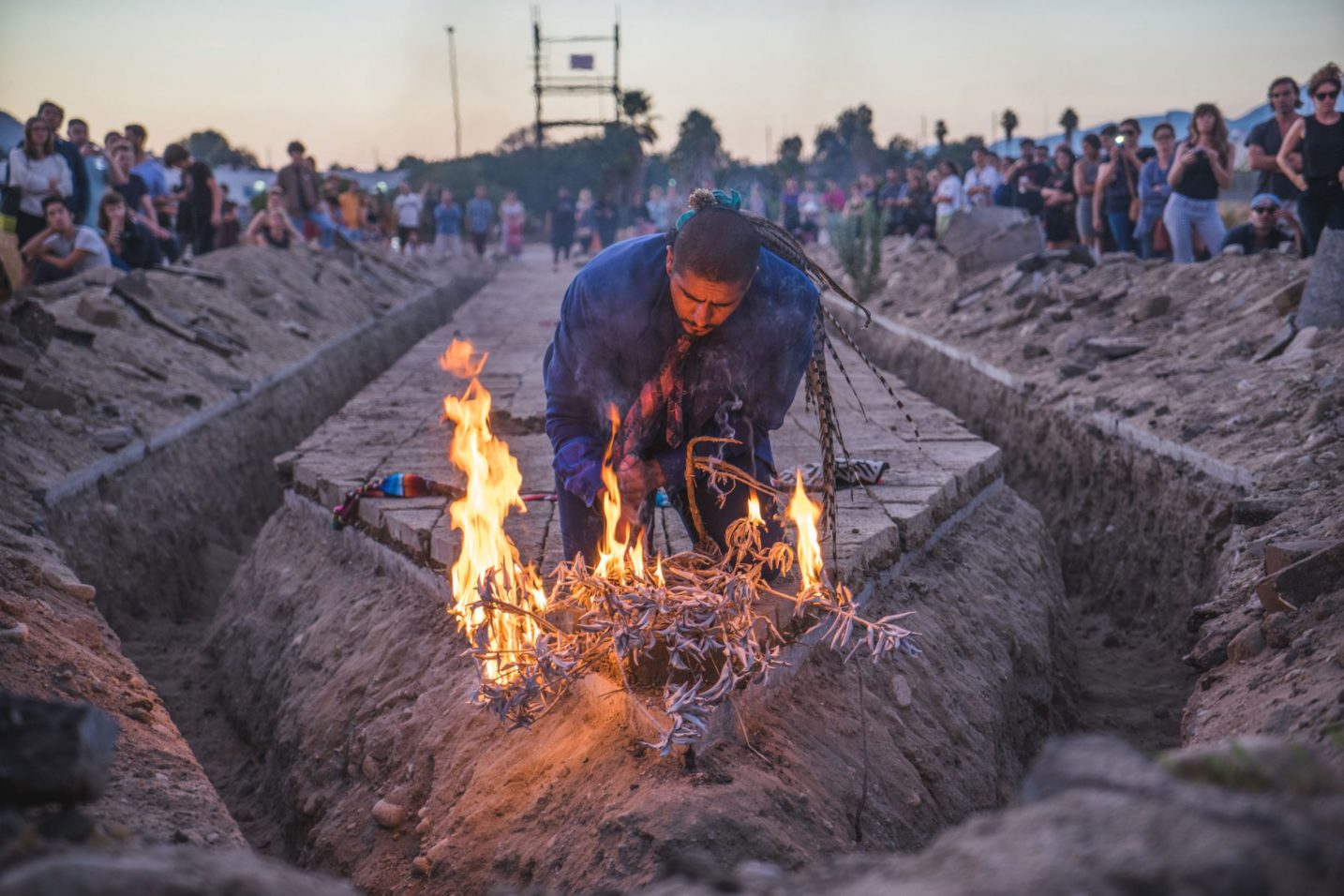 For the site specific work building: a simulacrum of power, Rafa Esparza will hold with his parents and 5 siblings a collaborative, labor intensive residency prompted by the historical precedents of power and labor dynamics referenced in Michael Parker’s The Unfinished. 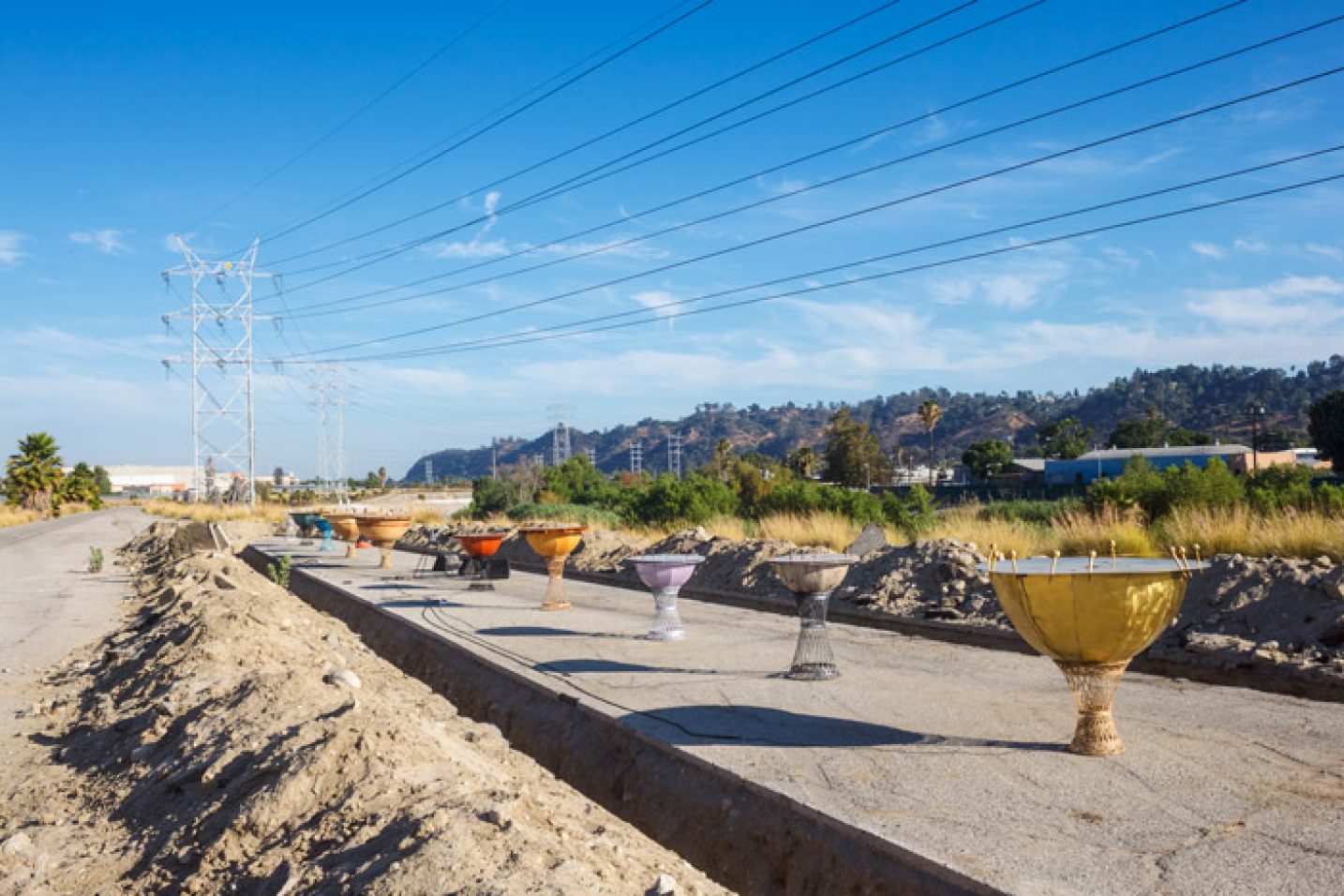 Artist Katie Grinnan and her Astrology Orchestra perform on The Unfinished in celebration of the 2014 Summer Solstice and the longest day of the year. 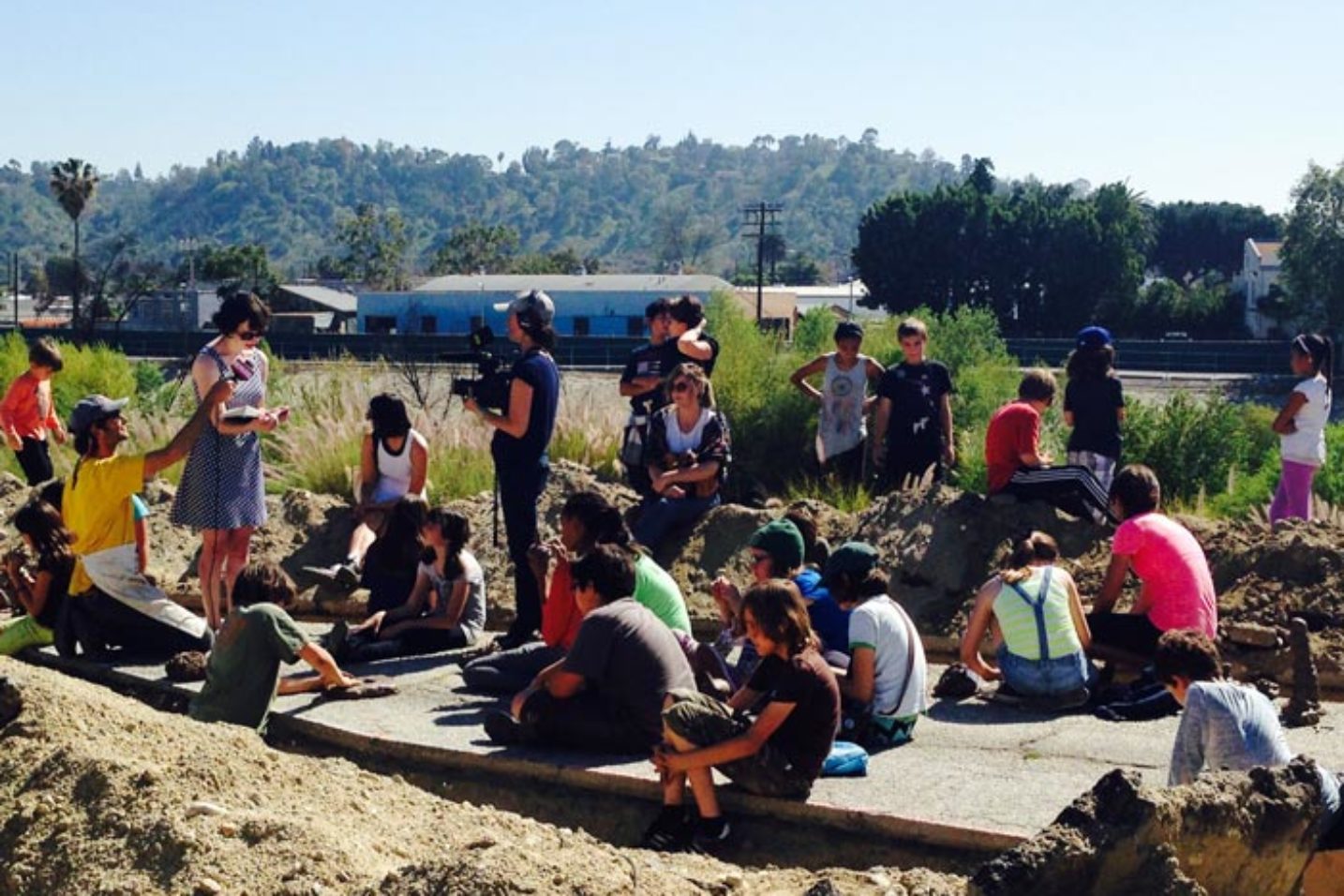 Egyptologist Maggie Geoga will read the ancient Egyptian story “The Doomed Prince” at the Bowtie Project on the site of Michael Parker’s The Unfinished. 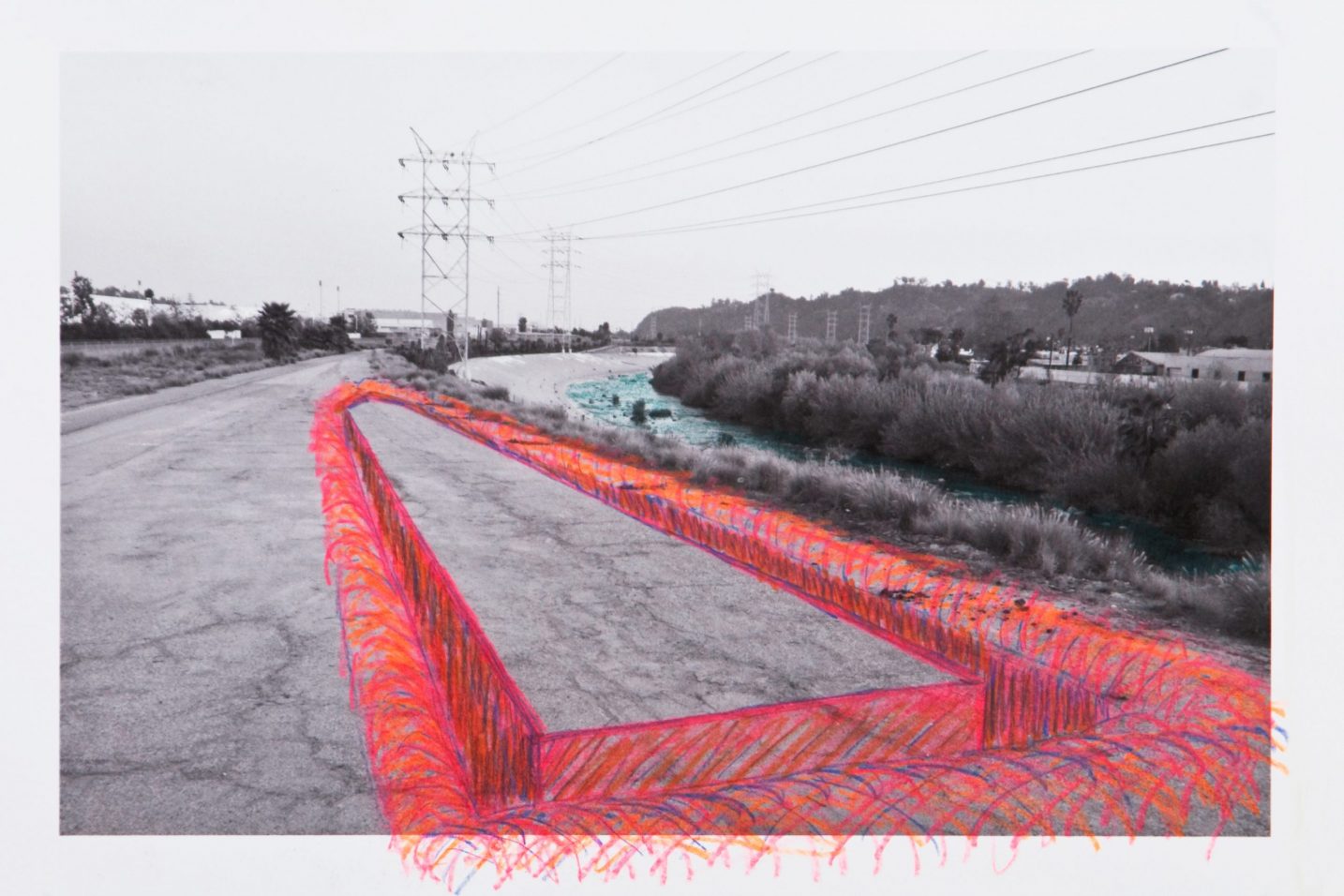 The Unfinished, a new work by Michael Parker, is an obelisk-shaped excavation located along the banks of the channelized LA River. The horizontal excavation, dug into and through the asphalt of an empty industrial lot, is a 137-foot to-scale replica of the Ancient Egyptian archeological site known as “The Unfinished Obelisk.”