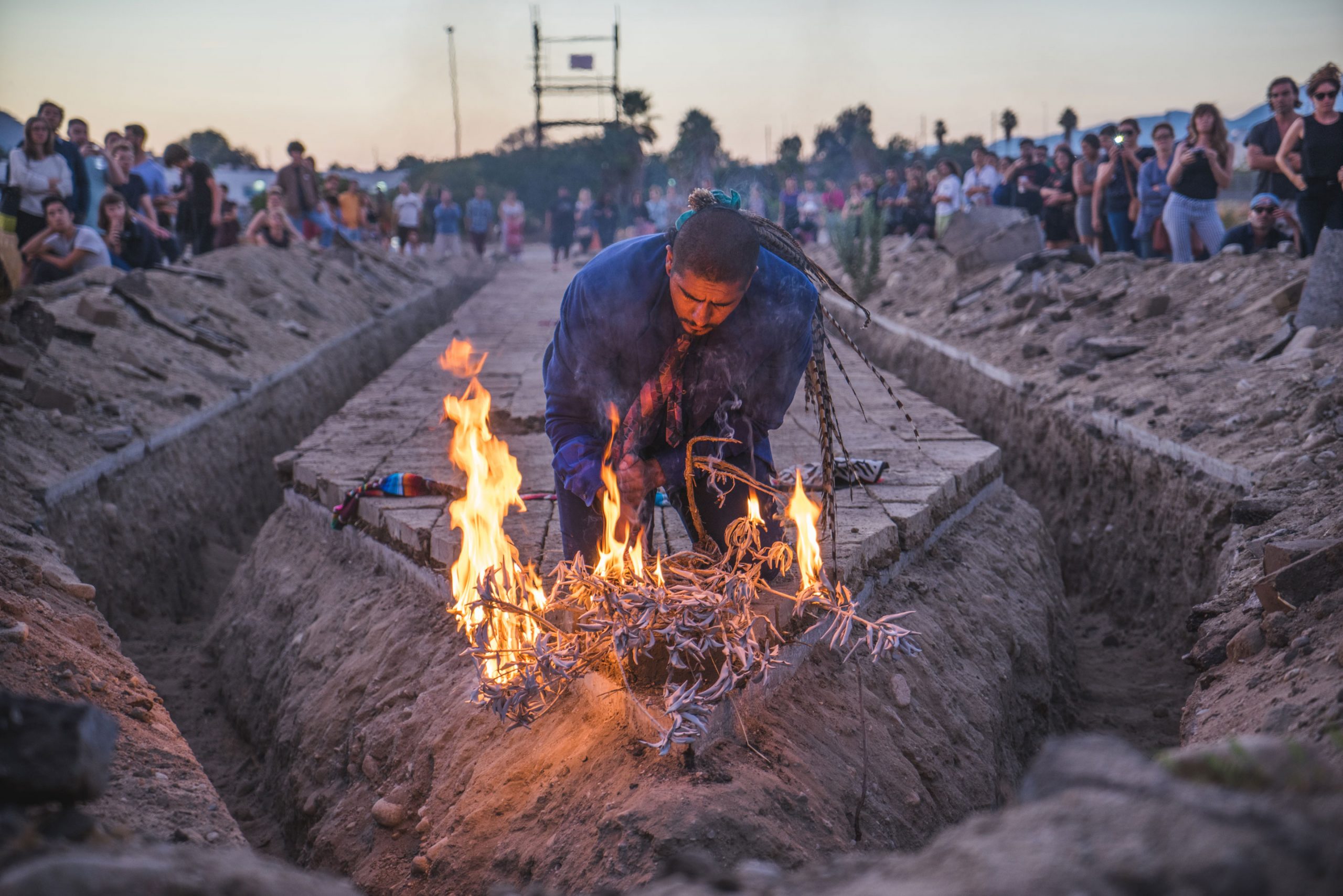 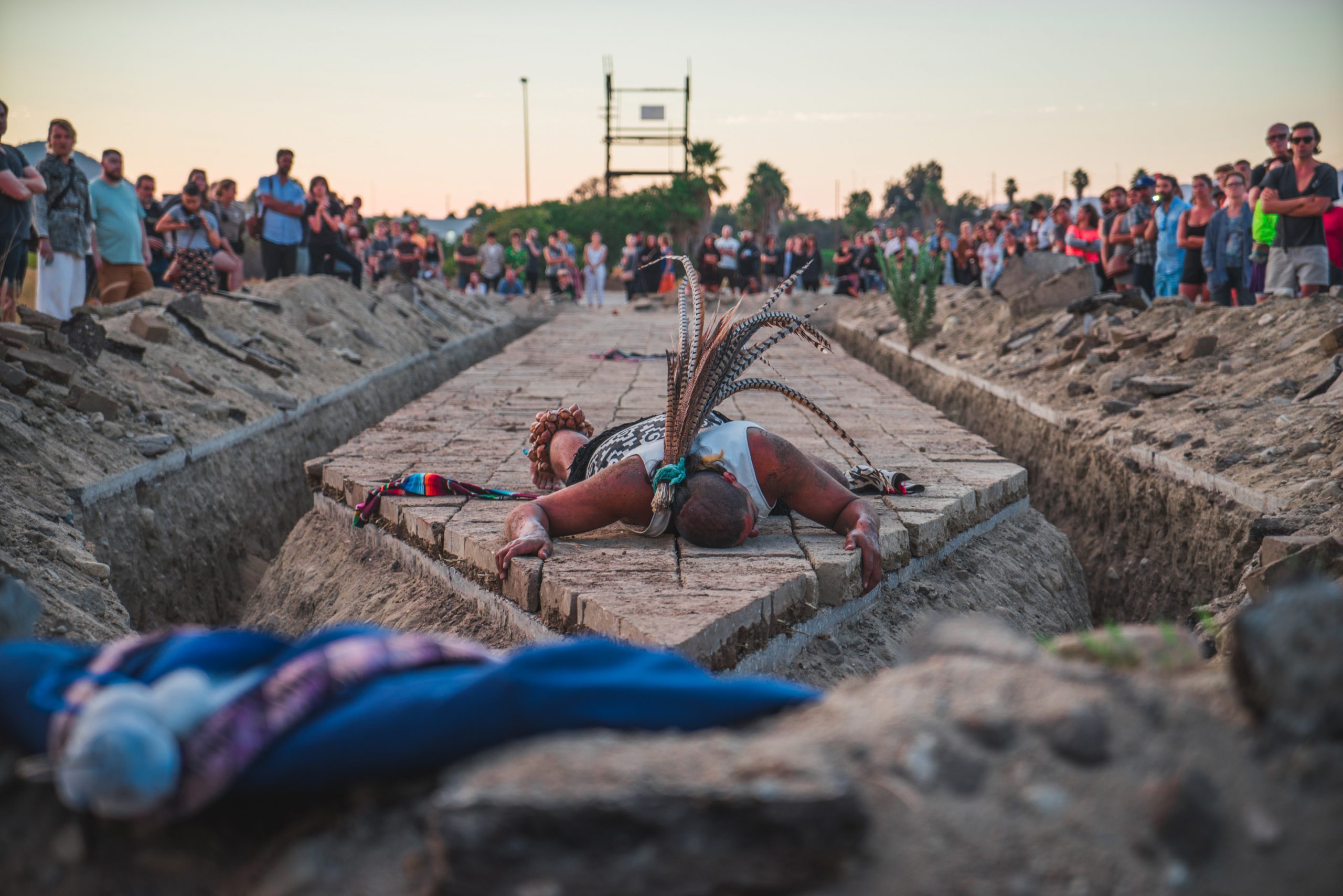 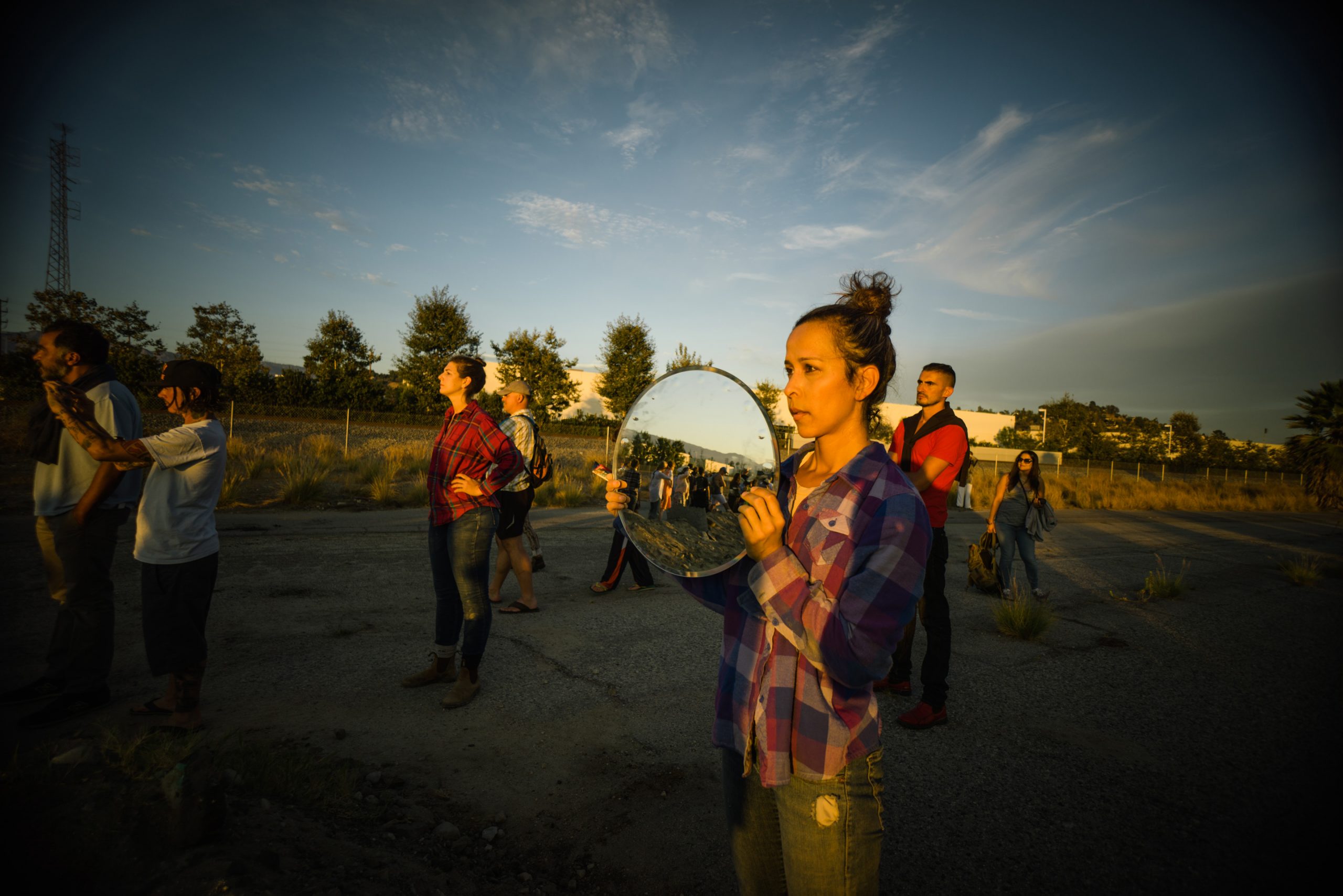 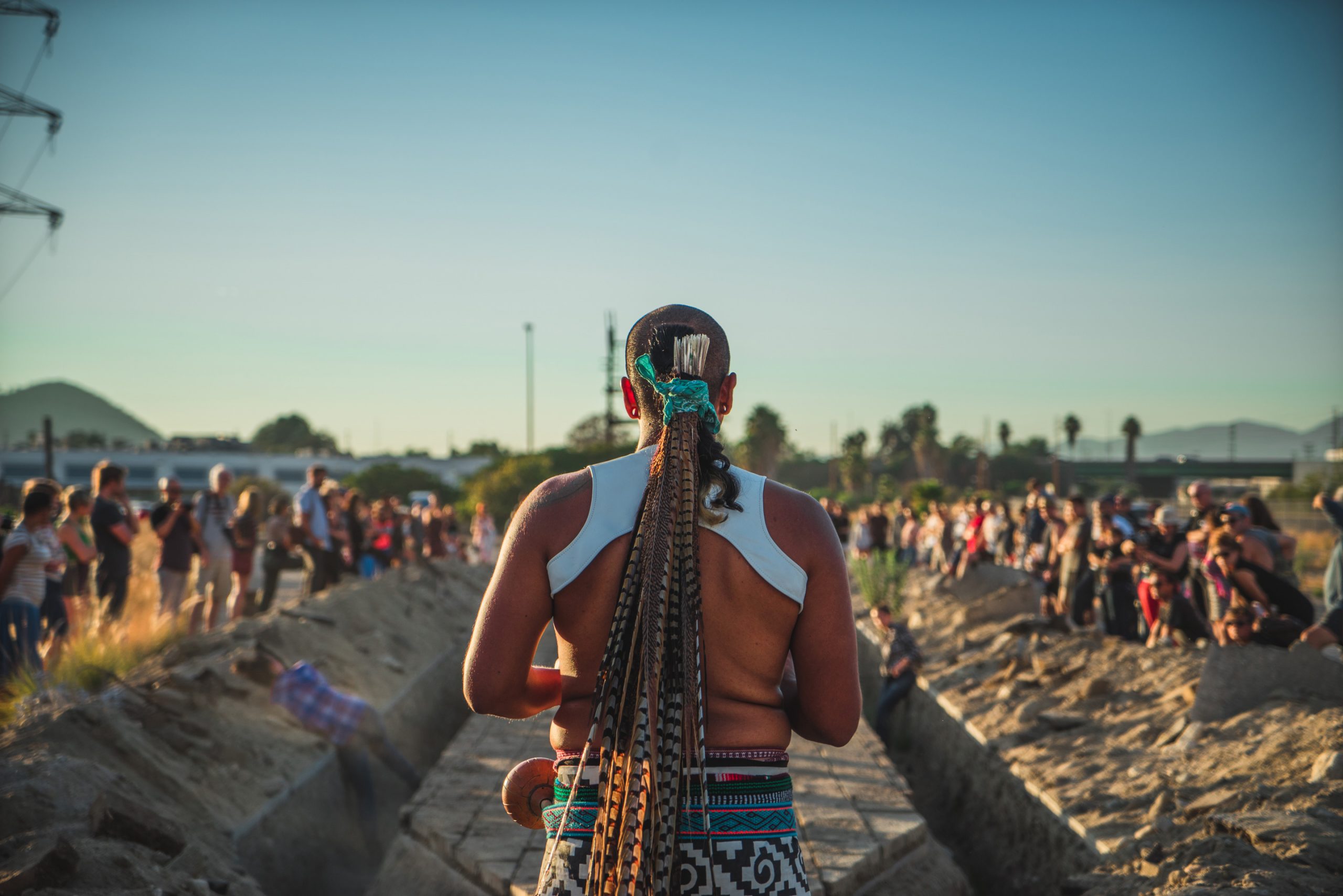 For the site specific work building: a simulcarum of power, Rafa Esparza will hold with his parents and 5 siblings a collaborative, labor intensive residency prompted by the historical precedents of power and labor dynamics referenced in Michael Parker’s The Unfinished. Their focus during this residency at the Bowtie Project will be on the production of handmade adobe bricks and will culminate in an evening of performance by Esparza and choreographer/dancer Rebeca Hernandez.

In 2012, while seeking to resolve his tumultuous relationship with “home” Esparza sought out his father’s guidance, and began making adobe bricks under his instruction. Esparza’s father hand made the bricks to build his first house in his hometown of Ricardo Flores Magon in Durango, Mexico. The bricks created during Esparza’s apprenticeship with his father were incorporated into his performance work, where they were destroyed by a repetitive collision between Esparza and the solidified blocks of mud.

In a continuation of working both with his family and with brick making, Esparza has invited his 4 brothers, his sister, and his parents to assist in making enough adobe bricks to cover the entire 137’ long obelisk. For apprx. 3 weeks the bricks will be molded and dried onsite using water from the L.A. river and resources made available by the Esparza family, Clockshop, Michael Parker, and California State Parks. Once completed the bricks will be laid atop The Unfinished, where Esparza and Hernandez will stage movement-based performances engaging the bricked surface, the LA River and the sun.

Rafa Esparza was born, raised, and is currently living in Los Angeles, CA. His work ranges in medium from installation, sculpture to drawing, painting, and most predominantly live performance. Woven into Esparza’s bodies of work are his interests in history, personal narratives, and kinship. Site specificity, materiality, memory and (non)documentation are primary tools in interrogating, critiquing and examining ideologies, power structures and binaries that problematize the “survival” process of historicized narratives and the environments wherein people are left to navigate and socialize. Esparza has performed in a variety of spaces ranging from community engaged places such as AIDS Project Los Angeles, to galleries and museums including Los Angeles Contemporary Exhibitions, Highways Performance Space, REDCAT, Human Resources, SOMArts, the Vincent Price Art Museum and public sites through out the city of Los Angeles. He is a recipient of a 2014 California Community Foundation Fellowship for Visual Artists.

Rebeca Hernandez is a dancer and choreographer born and raised in Mexicali, Mexico. Hernandez’s choreographic process includes site-specific work, music and dance improvisation, public interventions and interdisciplinary work between musicians, multimedia artists and dancers. For The Unfinished, Hernandez has produced a site specific work responding to the particular symbolism of The Unfinished and movements that are both inspired and vexed by the ampleness and constriction of it’s architecture. Hernandez danced and toured in Mexico from 2002-2006 with theTaller de Danza Contemporánea de la Universidad Autónoma de Baja California and with Compañía Jorge Domínguez alongside the Limon Modern Dance Company for the Festival Jose Limon in Mexico. She has choreographed and performed in a number of venues and events in Los Angeles that include Pieter Performance Art Space, 18th Street Arts Complex, UCLA’s Glorya Kaufman Hall, the Mexican Consulate, and public sites. She has a B.A. in World Arts and Cultures/Dance from UCLA.

building: a simulacrum of power is curated by Mackenzie Hoffman and Elizabeth Sonenberg. 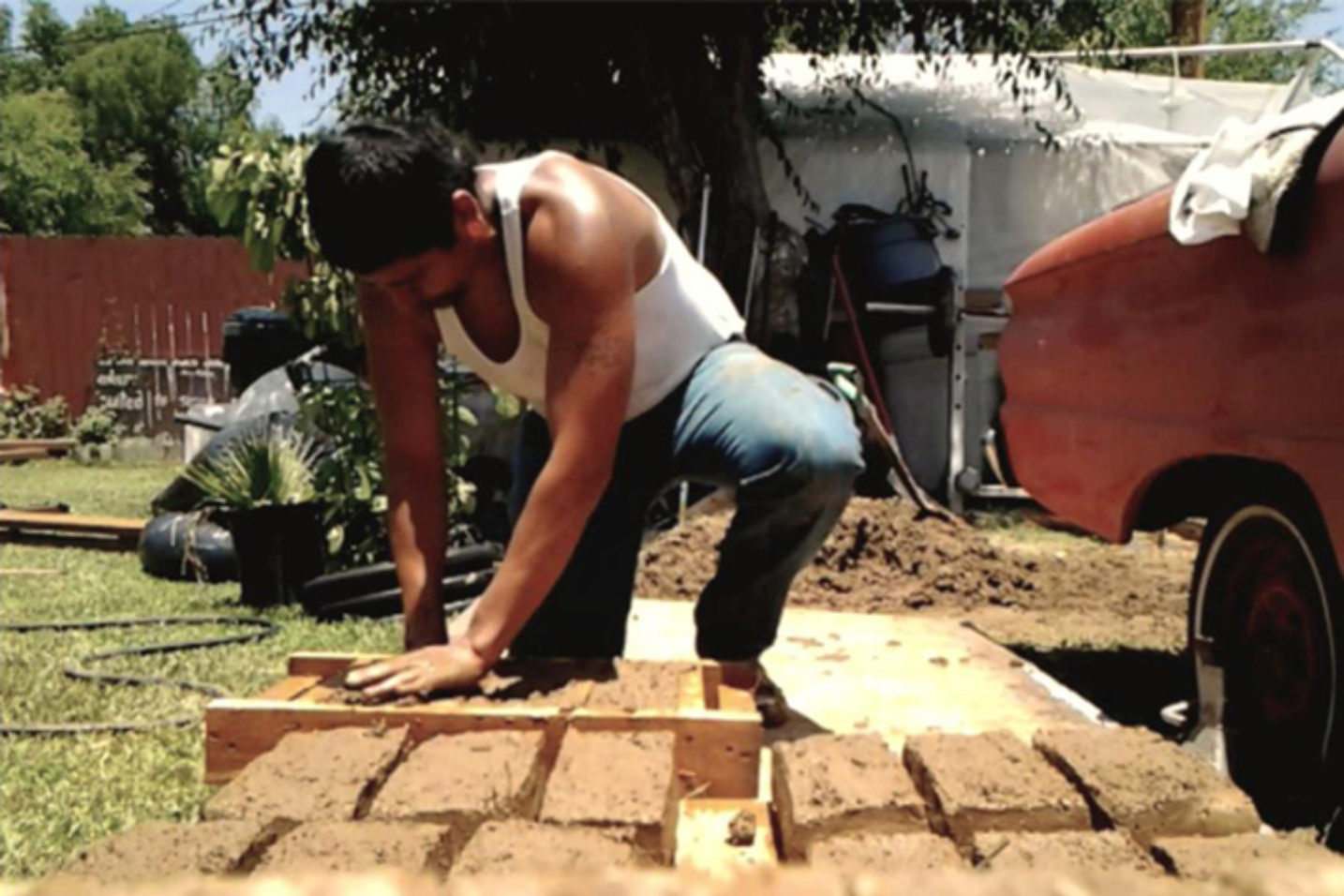 Please join us for building: a simulacrum of power, a performance by Rafa Esparza with artist Rebeca Hernandez on the site of Michael Parker’s The Unfinished.