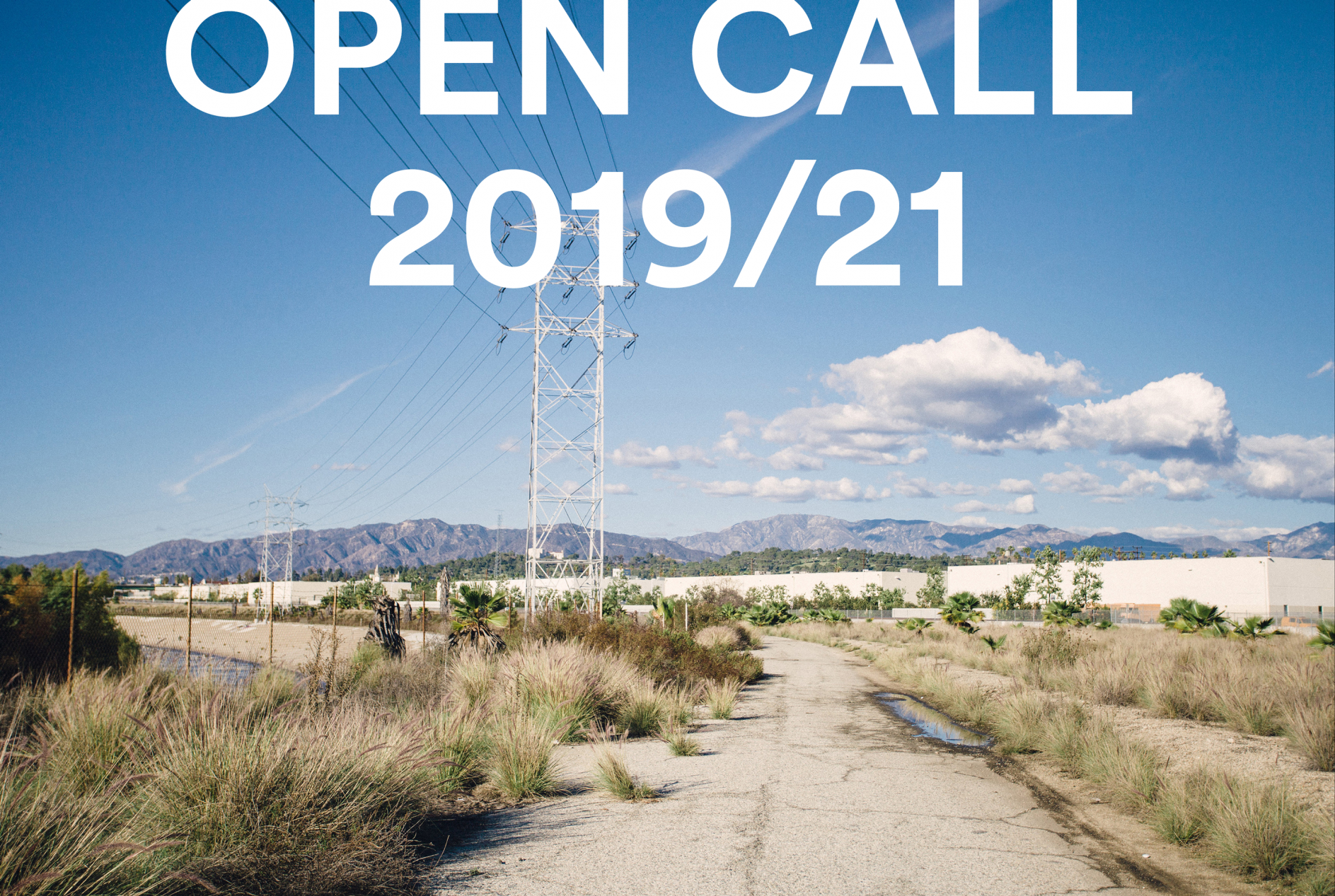 In 2019, Clockshop invited Los Angeles-based emerging artists to submit proposals for public, site-specific artworks to be exhibited outdoors at the Bowtie. Proposals considered the array of socio-political and environmental forces at work surrounding the Bowtie and its future transformation into a riverfront park. We reviewed over 60 proposals and are proud to announce our three 2019 Awardees. Look for these projects beginning early Spring 2021.

Eddie Aparicio (b. Los Angeles, CA) will create a work of pre fossilized amber and glass, imbedded with objects collected from the Bowtie. By using a material with ties to indigenous communities from the Americas, the work creates an archive of the space and unites its various histories. Aparicio received an MFA in Painting and Printmaking from Yale University in 2016, a BA in Studio Arts from Bard College in 2012 and has also attended the Skowhegan School of Painting and Sculpture and the Southern California Institute of Architecture. His recent works address the intersection of social and environmental justice through specific use of material, sound, and multiplicity of site. He uses materials that have a strong tie to pre-hispanic cultures in Central America to document Central American communities in Los Angeles. He has exhibited at The Mistake Room, Paramo, Steve Turner Gallery, and Anonymous Gallery among others.  He has received awards from the National Endowment for the Arts and the California Community Foundation.  He has upcoming shows at Crystal Bridges Museum and Commonwealth and Council.

Ignacio Perez Meruane (b. Caracas, Venezuela) will trace the physical length of the Bowtie, creating a continuous linear sculpture running parallel to the river, the power lines and the railroad tracks. Created from a variety of materials such as PVC, rail ties, and cast concrete, the work poses timely questions on westward expansion and progress. His work is based in research focusing on overlapping histories- geological, political, personal- and thinking through these histories through the manipulation of objects and materials. Recent projects have focused on resource extraction and the built environment, and how these histories frame our current climate. Perez Meruane received a B.F.A. from the Maryland Institute College of Art and an M.F.A. from California Institute of the Arts. His work has been exhibited at include RAW: Craft, Commodity, and Capitalism, Craft Contemporary Los Angeles(2019), Mothers, Rogers Los Angeles(2018)and a curving wave that never breaks Los Angeles Contemporary Archive Los Angeles (2017).

Jimena Sarno (b. Buenos Aires, Argentina) will develop a site-specific soundscape for the Bowtie, inspired by architectural acoustics and the relationship between the built environment, the natural environment, and sound. Using the texture of the site, this spatial graphic score will be available as a free downloadable album as well as performed for the opening of the work. Sarno is a multidisciplinary artist and educator. She works across a range of media including installation, sound, video, text and sculpture. Her work has been exhibited in solo and group exhibitions at 18th Street Arts Center, LACE, Visitor Welcome Center, Grand Central Art Center, The Museum of Latin American Art, The Mistake Room, Human Resources, PØST, UCI Contemporary Art Center, Control Room, The Luminary, Centro Galego de Arte Contemporánea de Santiago De Compostela, Fellows of Contemporary Art, and Small Editions among others. A recipient of the 2015 California Community Foundation Fellowship for Visual Artists, the 2017 Foundation for Contemporary Art Emergency Grant and the 2019 Rema Hort Mann ACE Grant, Jimena Sarno is a 2019-2022 Lucas Artist Fellow in Visual Arts at Montalvo Art Center.