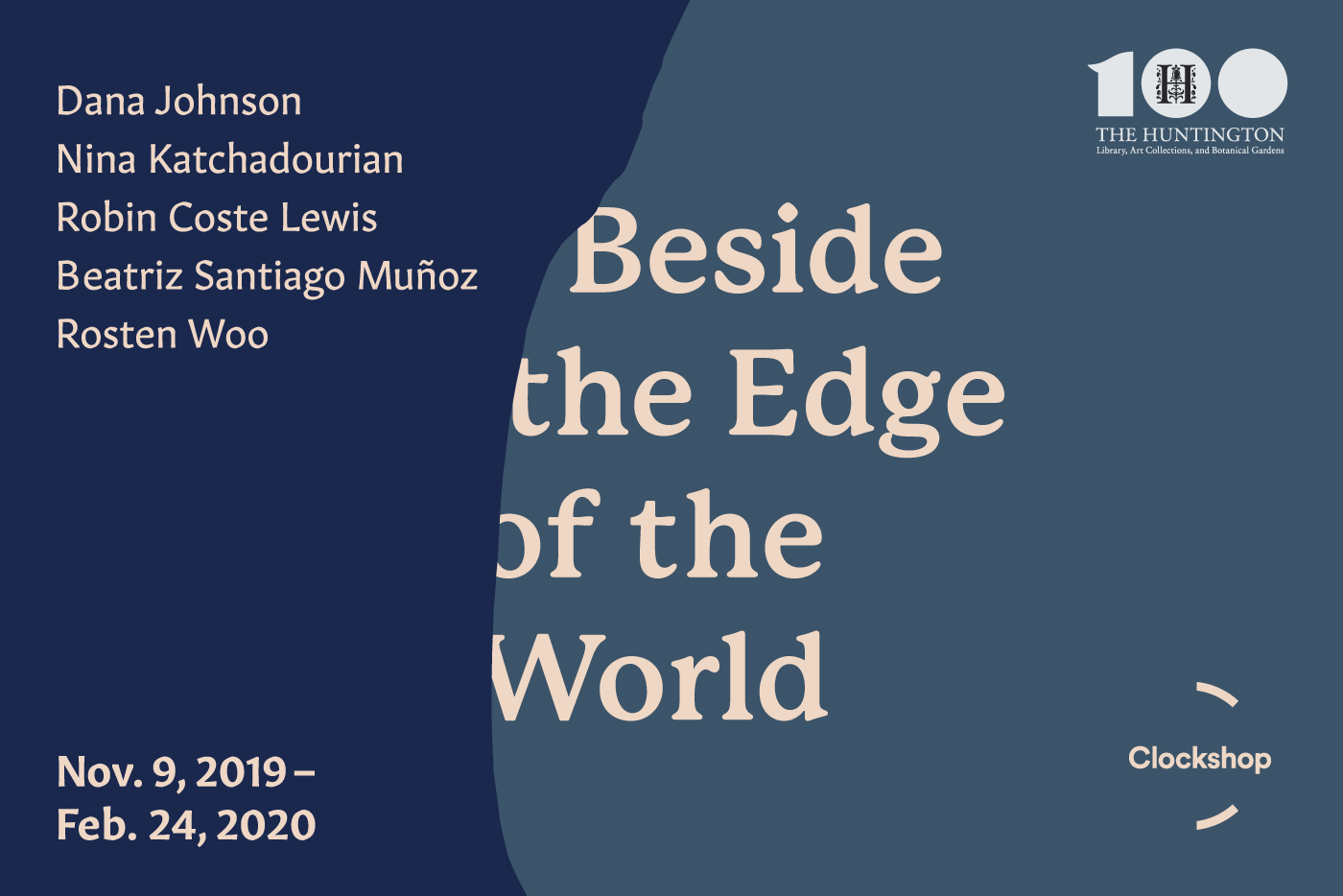 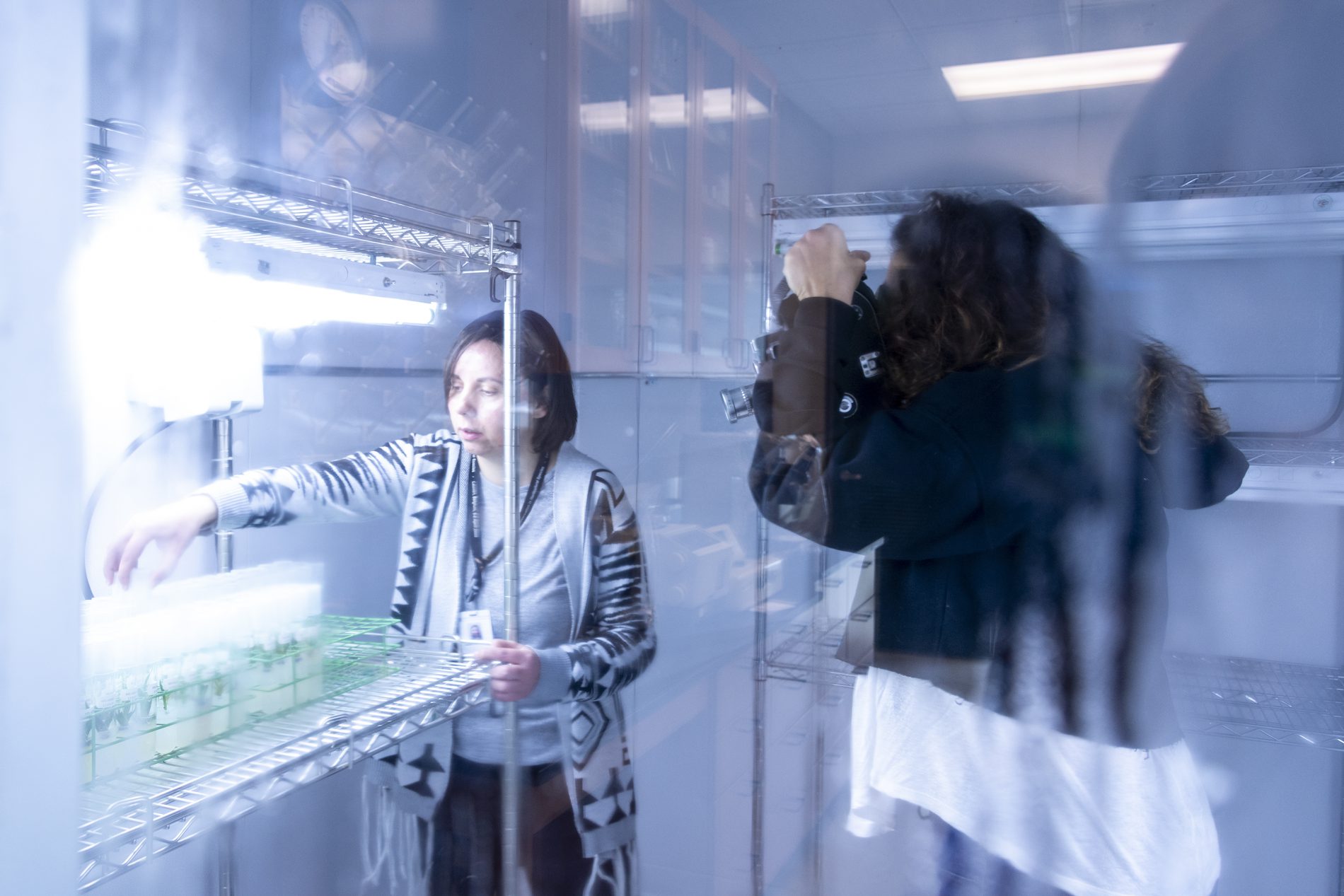 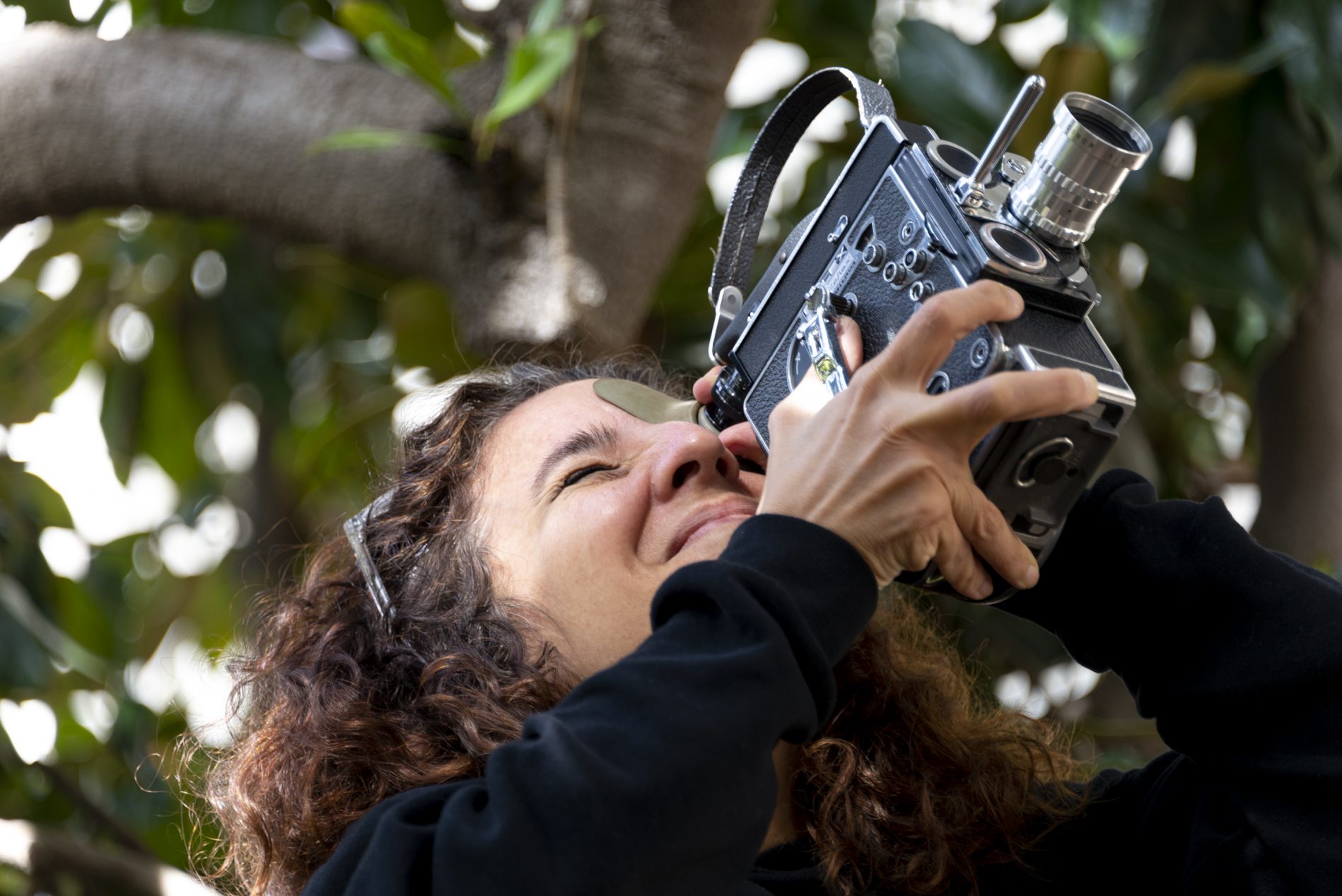 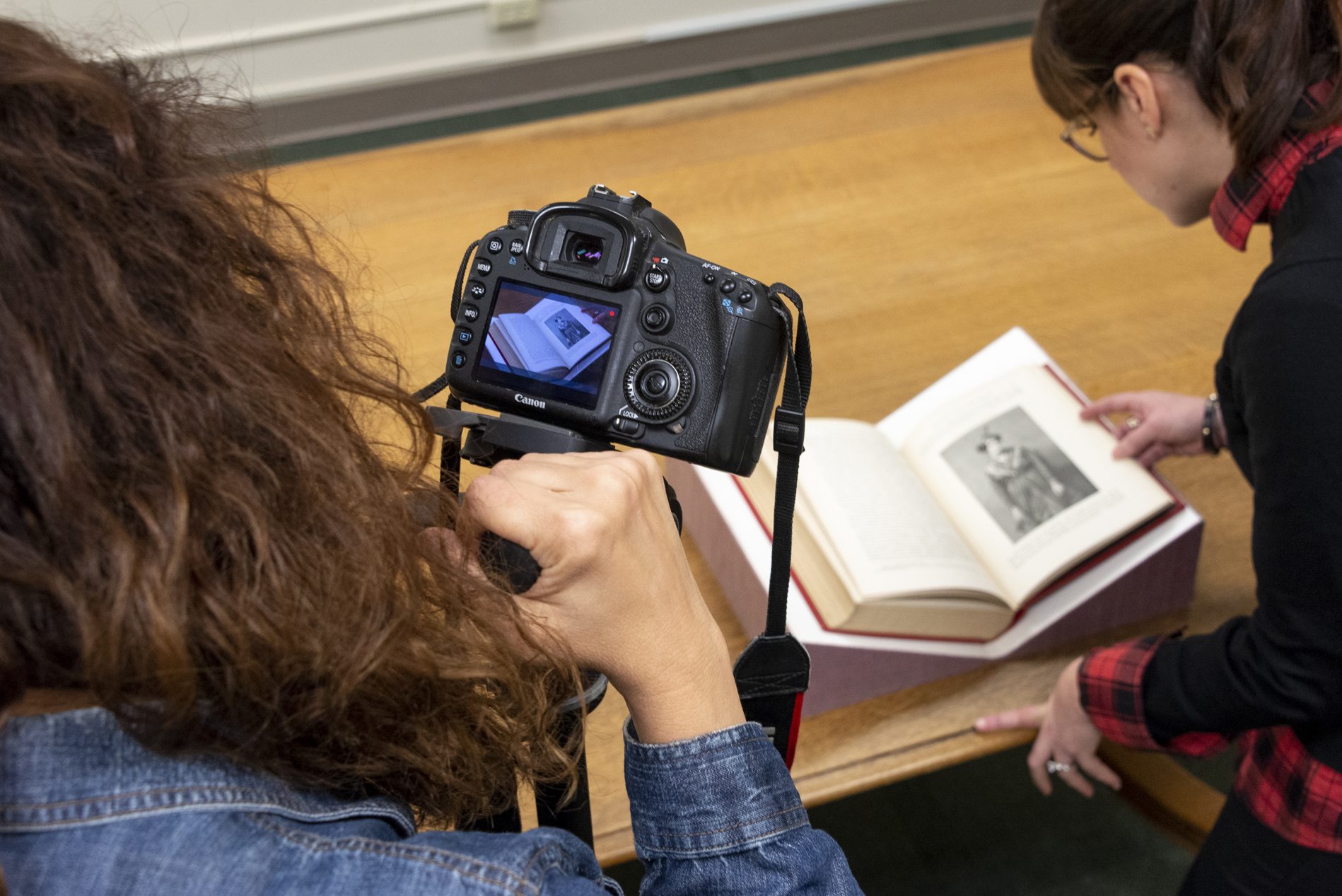 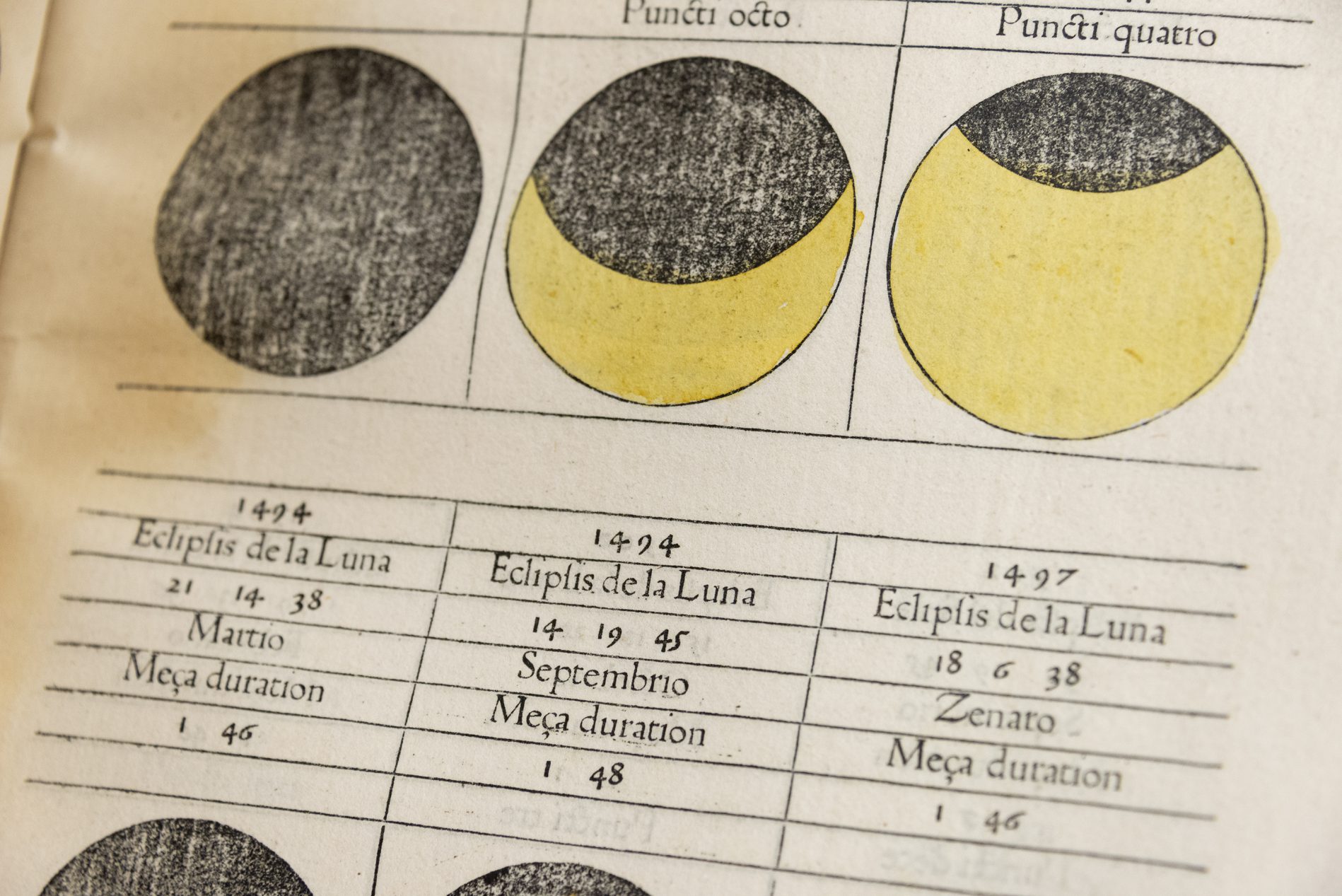 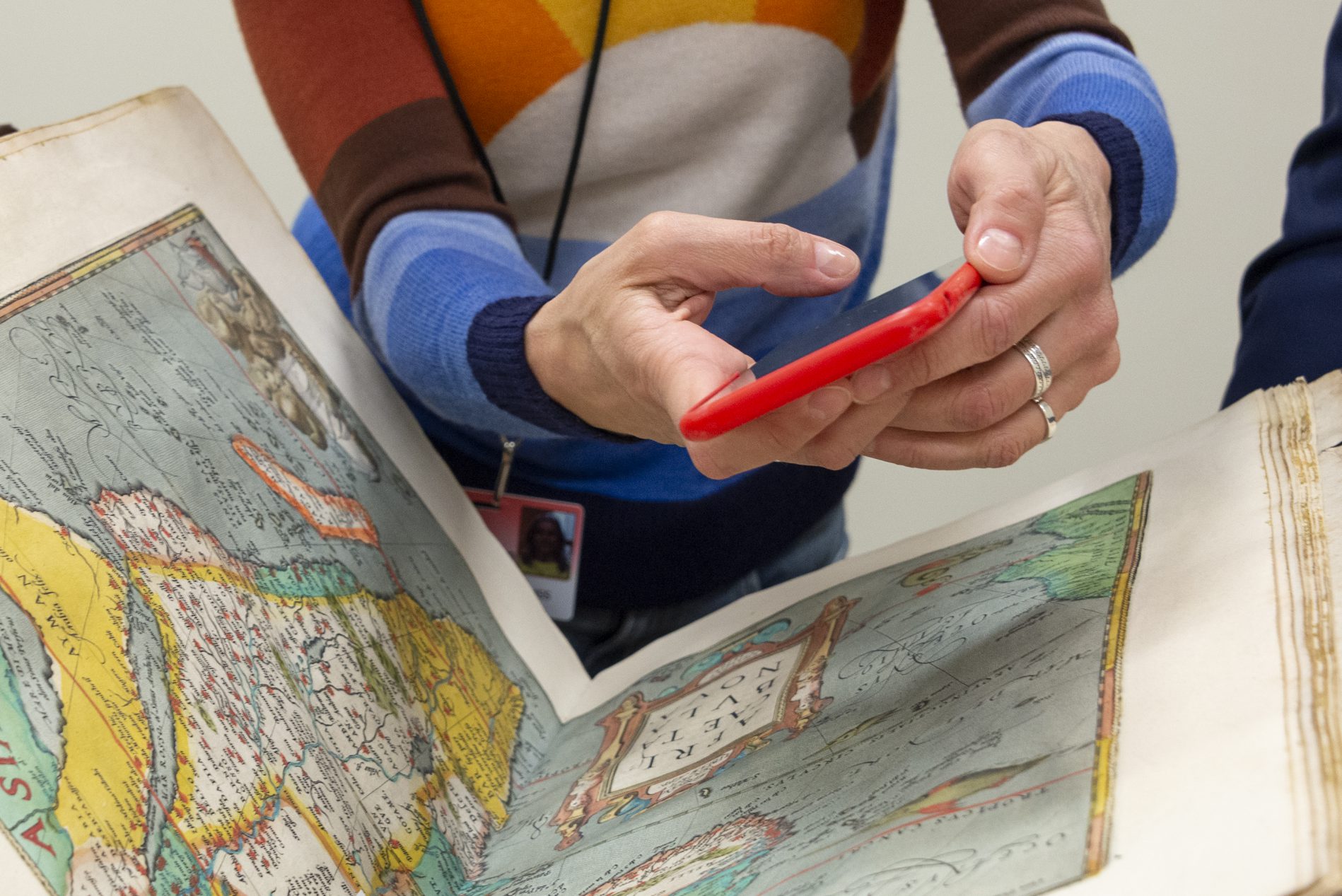 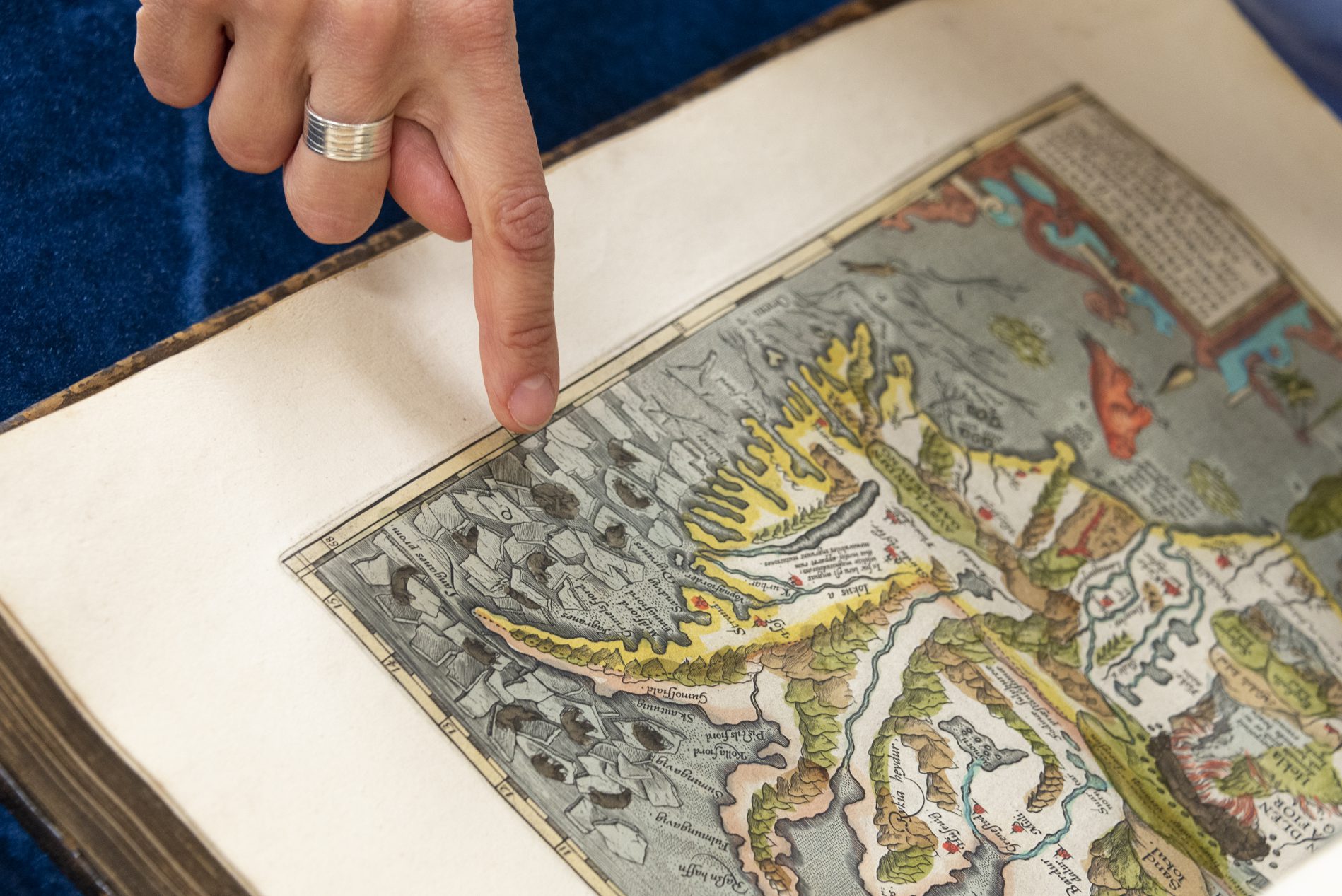 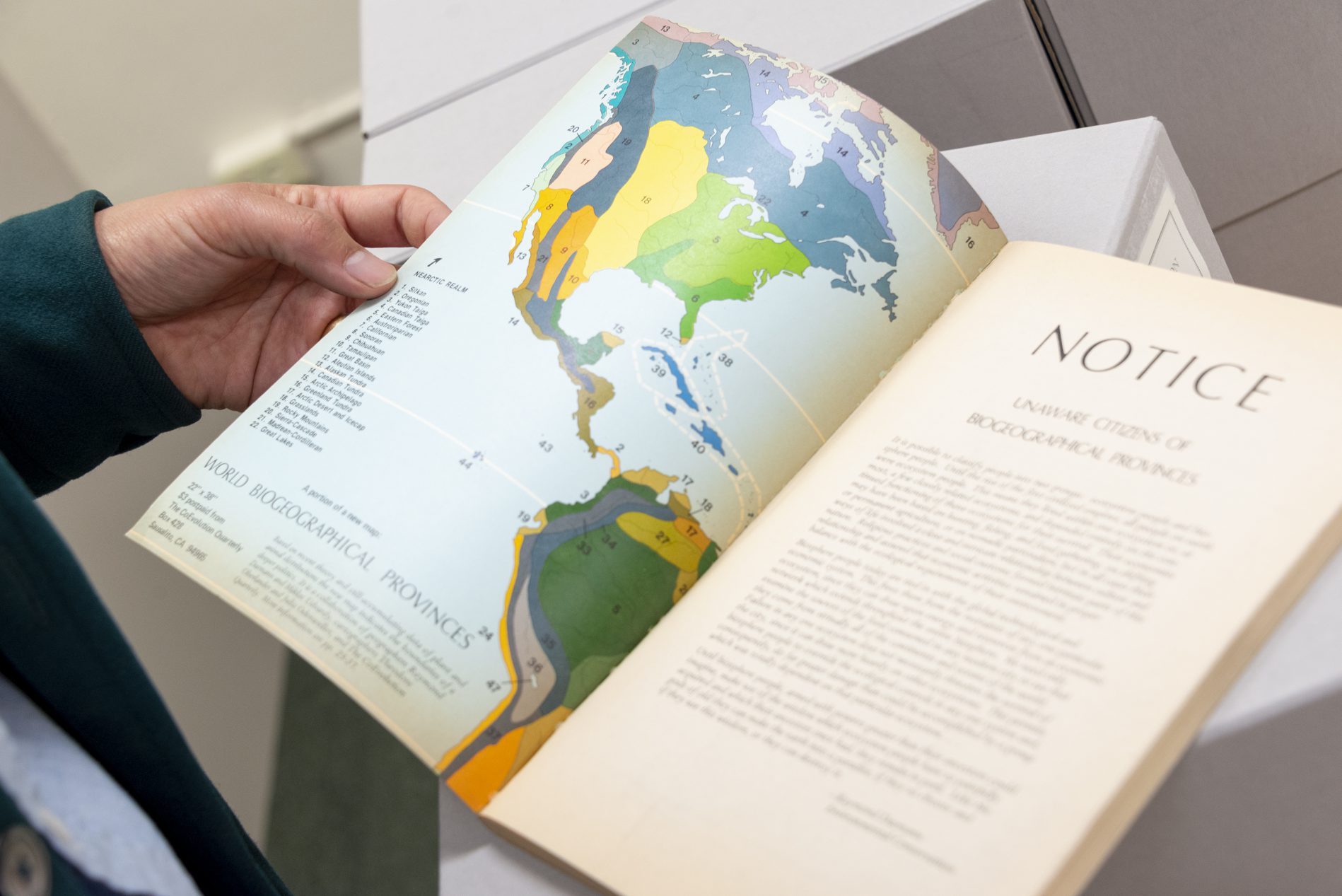 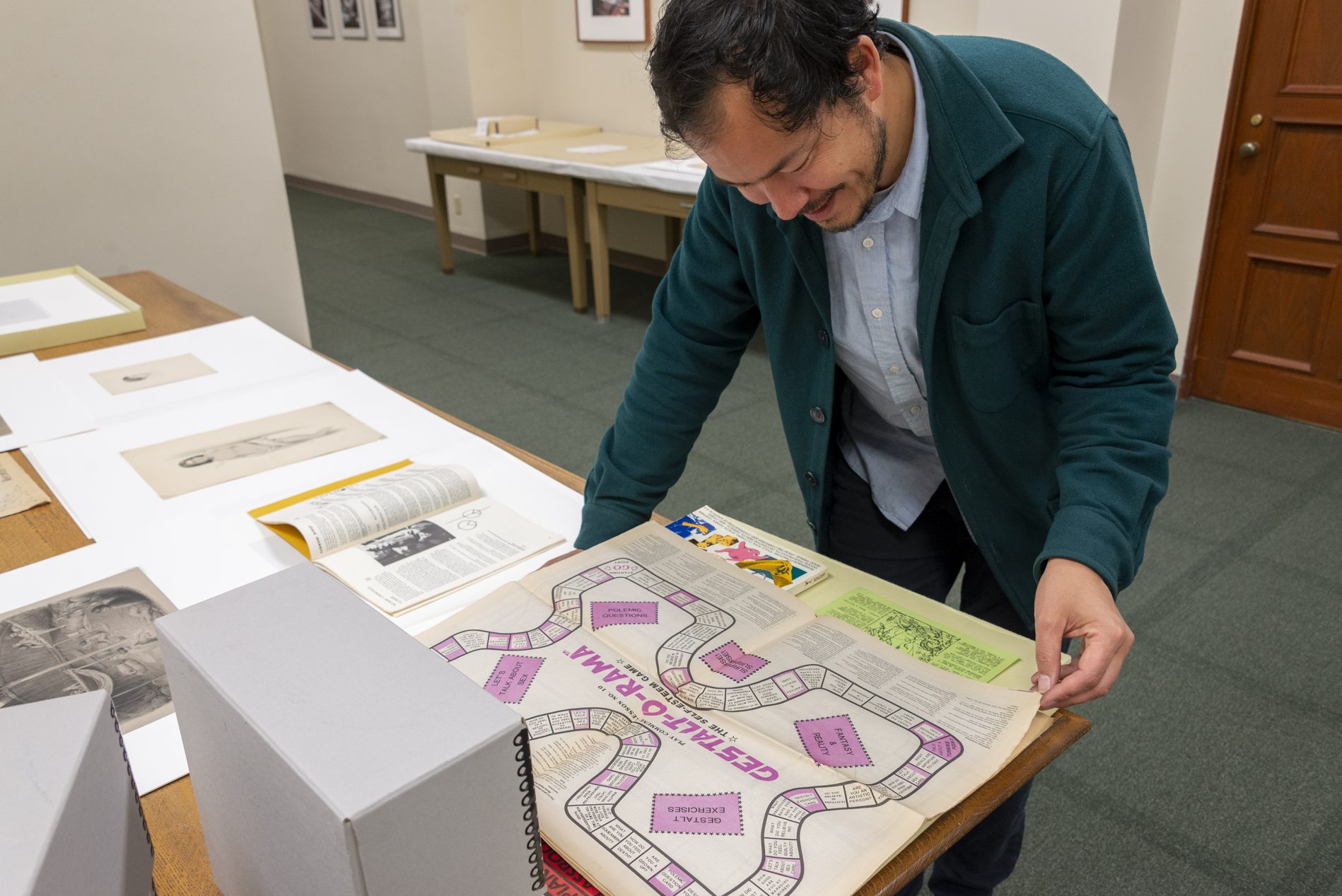 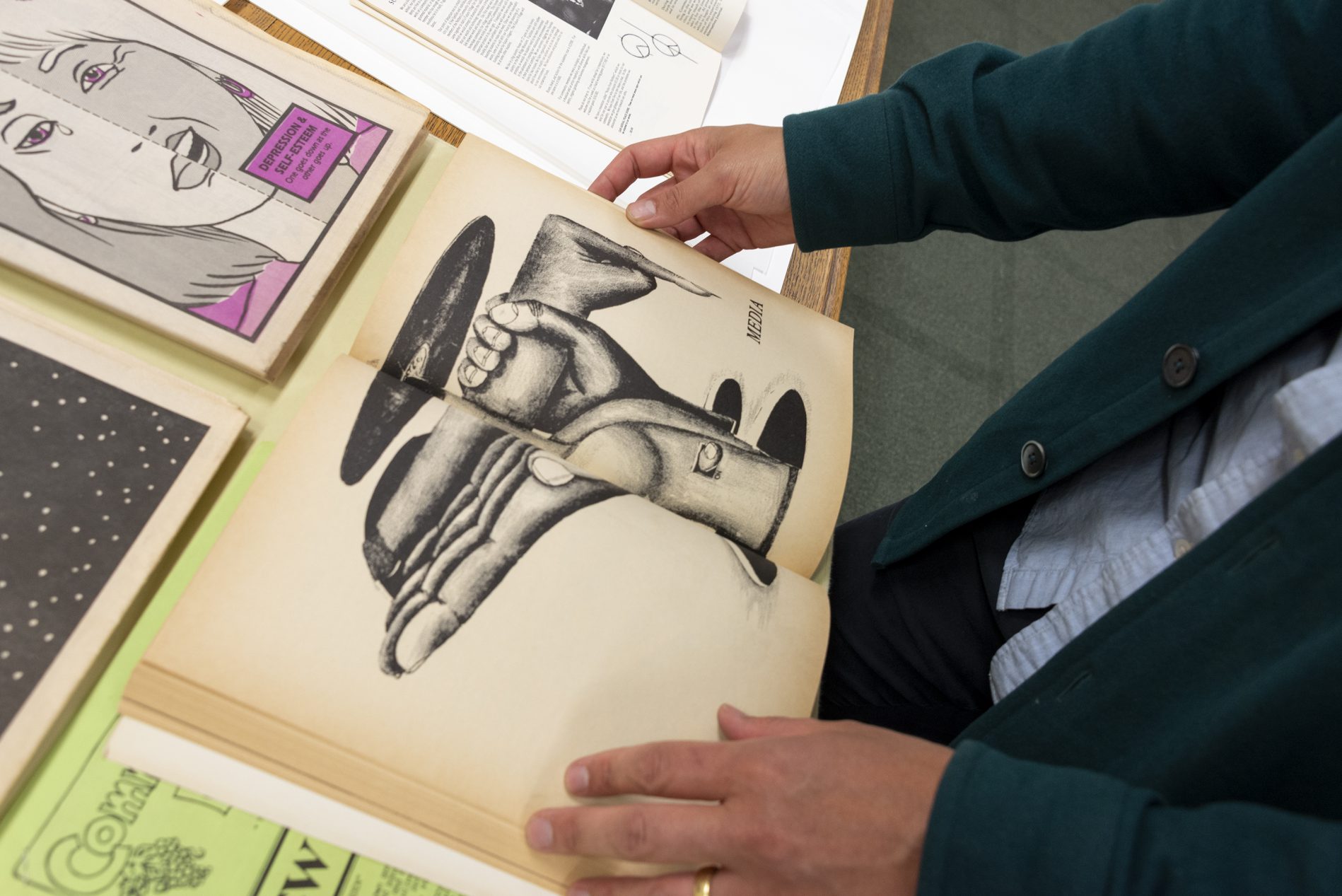 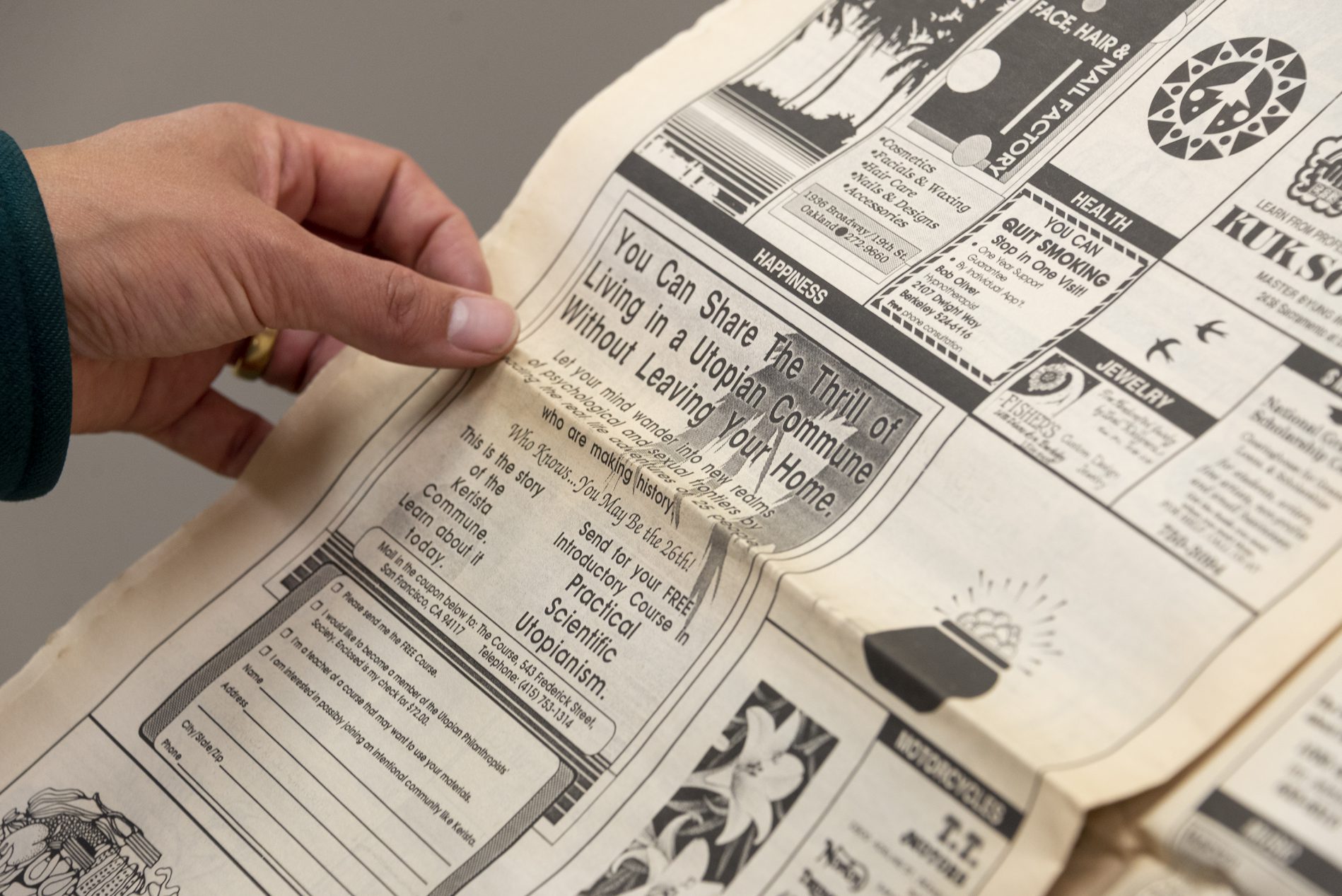 What kind of utopia can come out of these margins, negations, and obscurities? Who will even recognize it as a utopia? It won’t look the way it ought to.
—Ursula K. Le Guin

Beside the Edge of the World began with a treasured book: a first edition of Thomas More’s Utopia, printed in 1516. Its opening pages include a map depicting the island of Utopia, a mythical place. In partnership with The Huntington, Clockshop proposed this 500-year-old text as a jumping-off point for the fourth year of /five, a contemporary arts initiative. Three artists and two writers were invited to consider More’s classic work and embark on a journey of creative research.

The process of discovery started with the idea of an invented map and expanded to borders and edges, islands, temporarily forgotten histories, peoples whose lives had been carefully recorded and then forgotten, and utopian experiments in communal living in the 20th century. Many of these places, and the people who challenged the dominant narratives, existed on the periphery. This exhibition centers their stories. The five newly commissioned projects are seeded with remnants of the past while revealing new futures, new histories, and new legacies.

Learn more about the projects 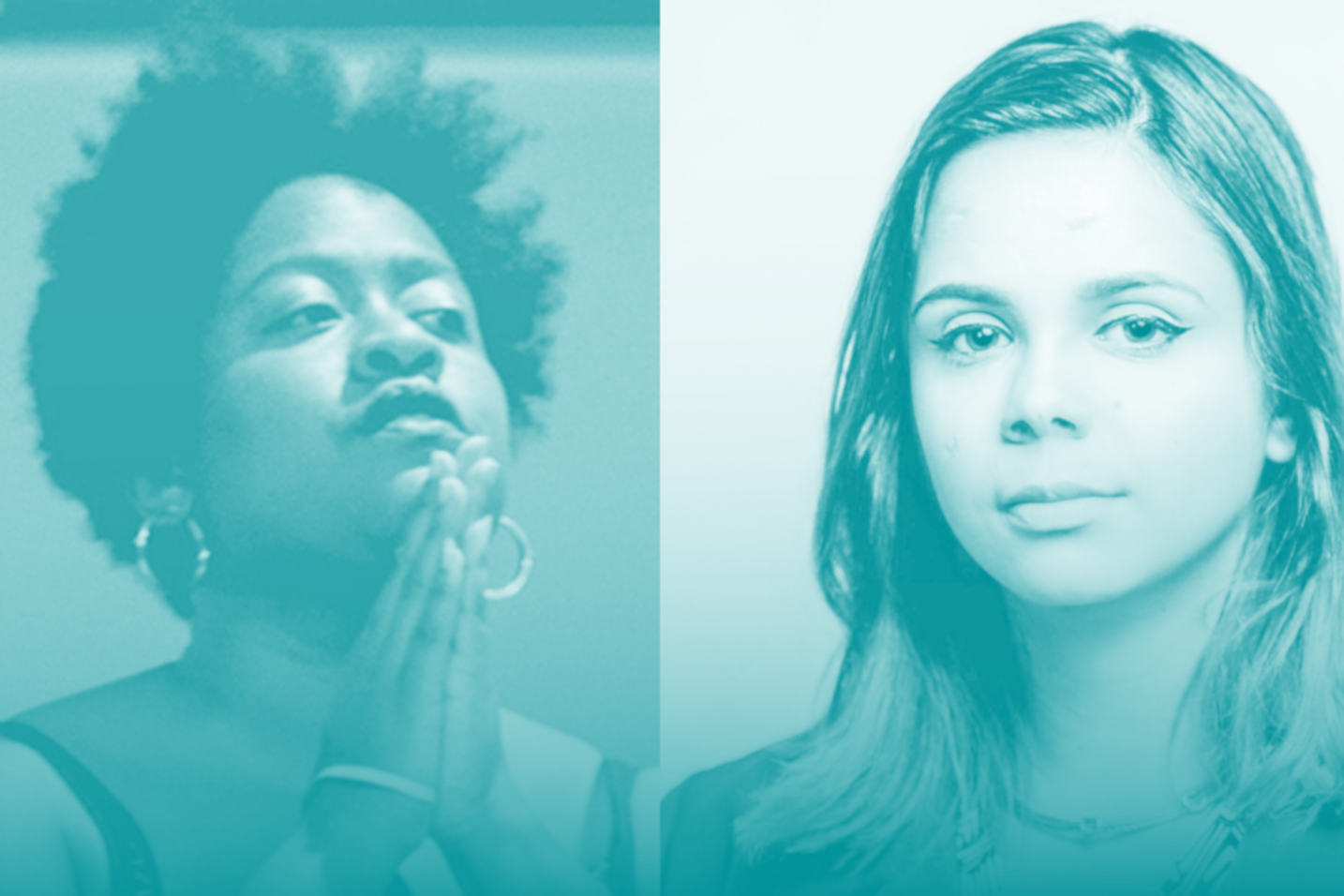 Join us for a conversation and reading with Civil and Fuentes about creating art and finding joy in dark times.

Audio Tour of the Huntington Garden with Rosten Woo

Beside the Edge of the World is a Huntington Centennial Exhibition. The Huntington’s Centennial Celebration is made possible by the generous support of Avery and Andrew Barth, Terri and Jerry Kohl, and Lisa and Tim Sloan.