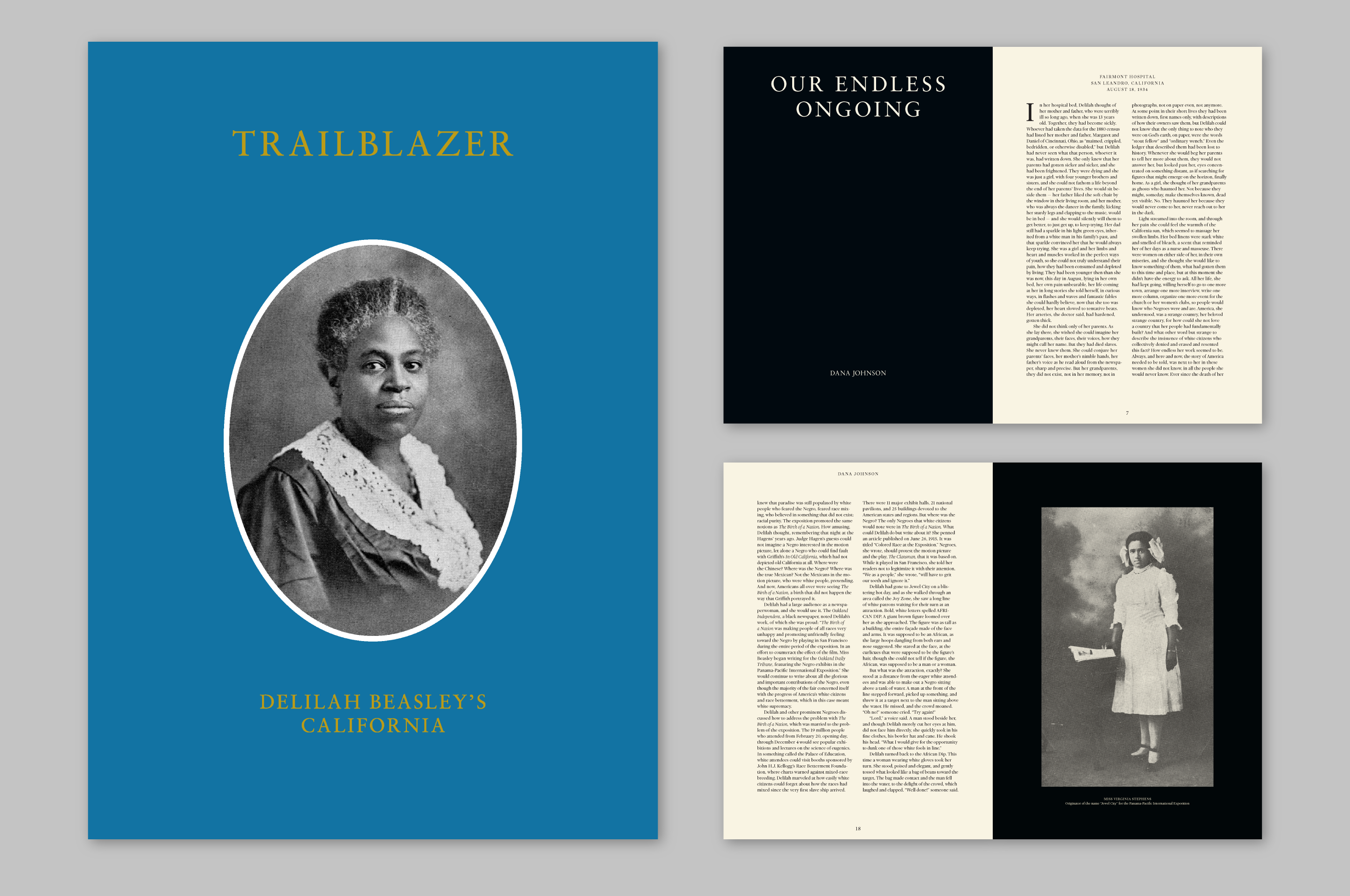 Delilah Leontium Beasley (1871-1934), an American writer, became the first person to document the history of California’s black pioneers with her landmark book The Negro Trail-Blazers of California, self-published 100 years ago. Beasley was a pioneer in other ways as well. She held the distinction of being one of the first African American women to write a column in a major metropolitan newspaper, the Oakland Tribune. As a self-made historian and journalist, she envisioned a copy of her book in every public library in California.

Trailblazer: Delilah Beasley’s California resurrects Beasley’s legacy by reimagining her life through the fiction of writer Dana Johnson. This limited edition publication also includes a biographical essay on Beasley by Ana Cecilia Alvarez, and introductions by Julia Meltzer and Jennifer A. Watts. The publication reproduces some of the extensive photographic portraits of black Californians collected by Beasley, as well as photographs from the African American Museum and Library at Oakland. It is a unique and much-needed collection that pays respect to the invaluable contributions of an unsung American trailblazer.

The Poet Laureate of Los Angeles’s lyrical ode to the African American communities of Walden Pond. 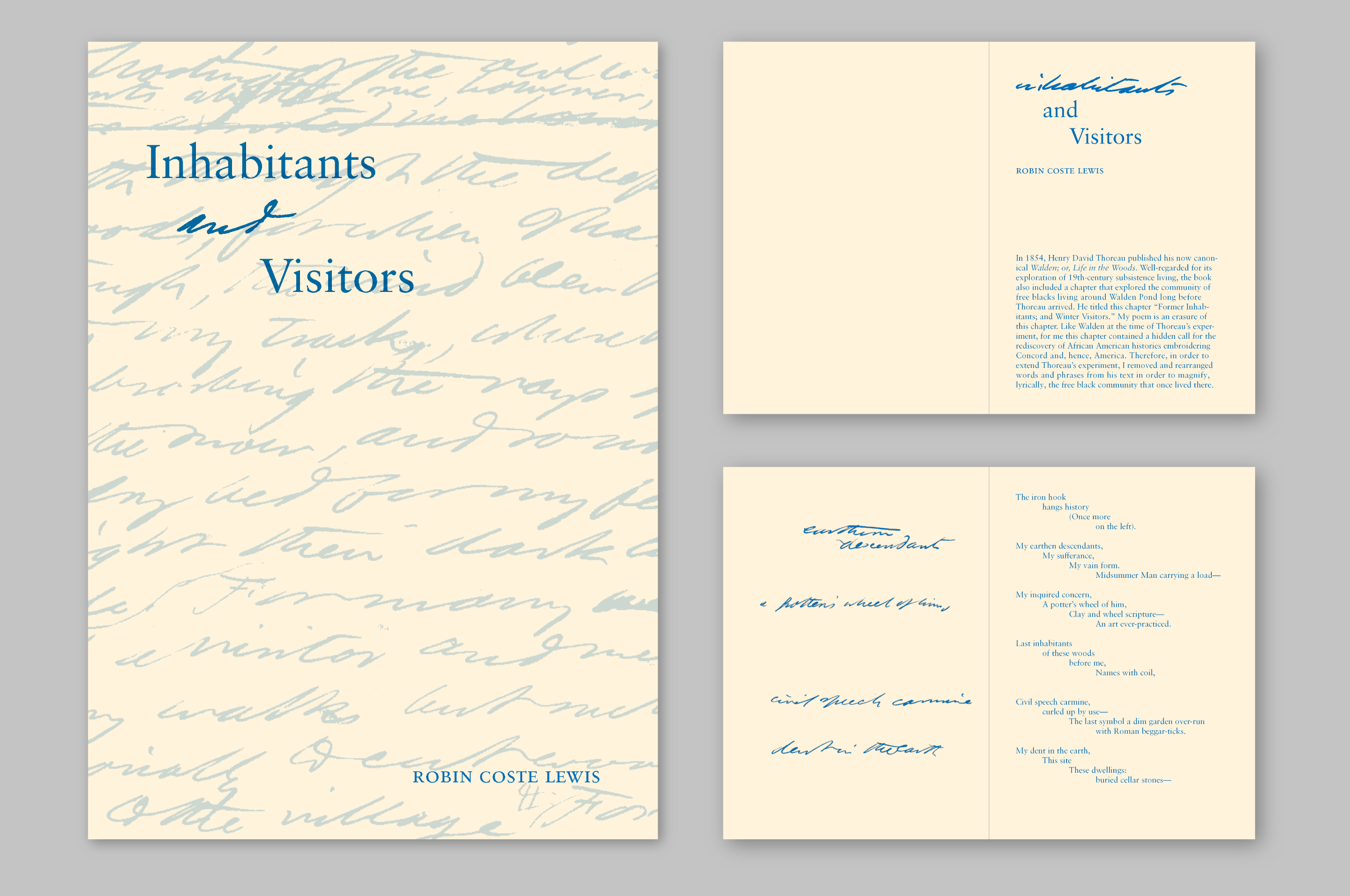 In 1854, Henry David Thoreau published his now canonical Walden. Regarded for its exploration of 19th-century subsistence living, the book also included a chapter that explored the community of free African Americans living in and around Walden Pond long before he arrived. Thoreau titled this chapter “Former Inhabitants; and Winter Visitors.” For poet Robin Coste Lewis, this chapter contained a hidden call to the rediscovery of African American histories. In her long poem, Inhabitants and Visitors, Lewis extends Thoreau’s experiment through poetic erasure by rearranging and reimagining his text to emphasize, lyrically, the free black community that once lived there.

Another World Lies Beyond

Artist Rosten Woo presents a series of stories activated by the hidden political history of the Huntington’s collection. 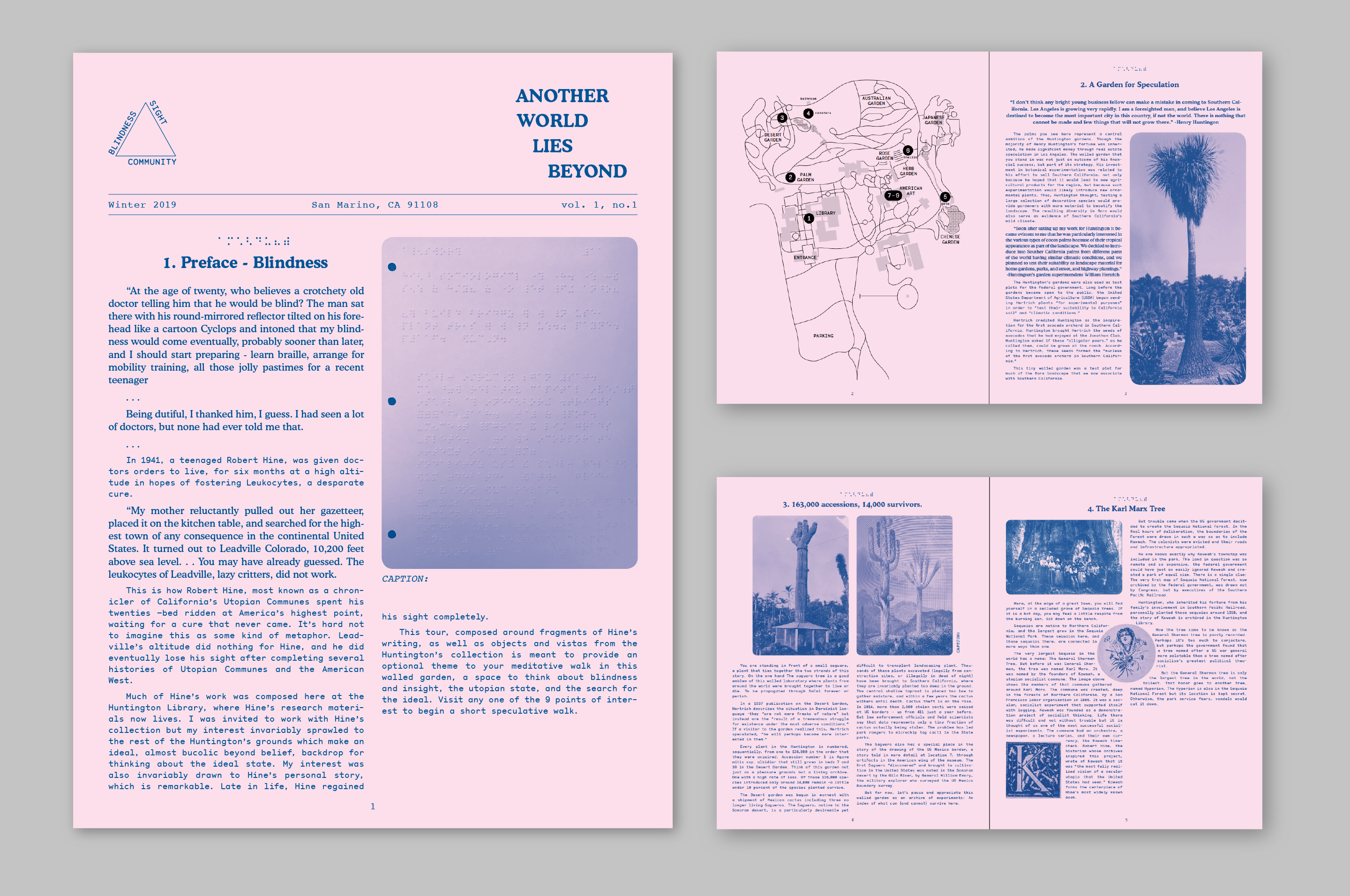 This limited edition zine is part of Rosten Woo’s artist project for “Beside the Edge of the World.” Woo presents a series of nested stories inserted onto the Huntington’s gardens as an interpretive layer that gives visitors a chance to use this walled space for political reflection.

The narrative throughline is the life and work of Robert Hine(1921-2015), a scholar of utopian communities in California whose archives are housed at The Huntington Library. In each story we glimpse an idea of the perfect state, and the world just beyond it: a historian slowly goes blind as he documents American communes, only to regain his sight suddenly in his final years; a dilettante is charged with drawing the border between the United States and Mexico, and instead creates an archive of every living creature he encounters before being dismissed and discredited by Congress; an archivist plots to rename the world’s largest tree and erase the history of America’s most successful Marxist commune. This text compliments Woo’s audio tour through the Huntington gardens.

If you’d like to carry copies of any of our books in your bookstore or library please email ana@clockshop.org.

Support for the publication of Trailblazer and Inhabitants and Visitors was provided by the Andy Warhol Foundation for the Visual Arts and The Huntington-USC Institute on California and the West.