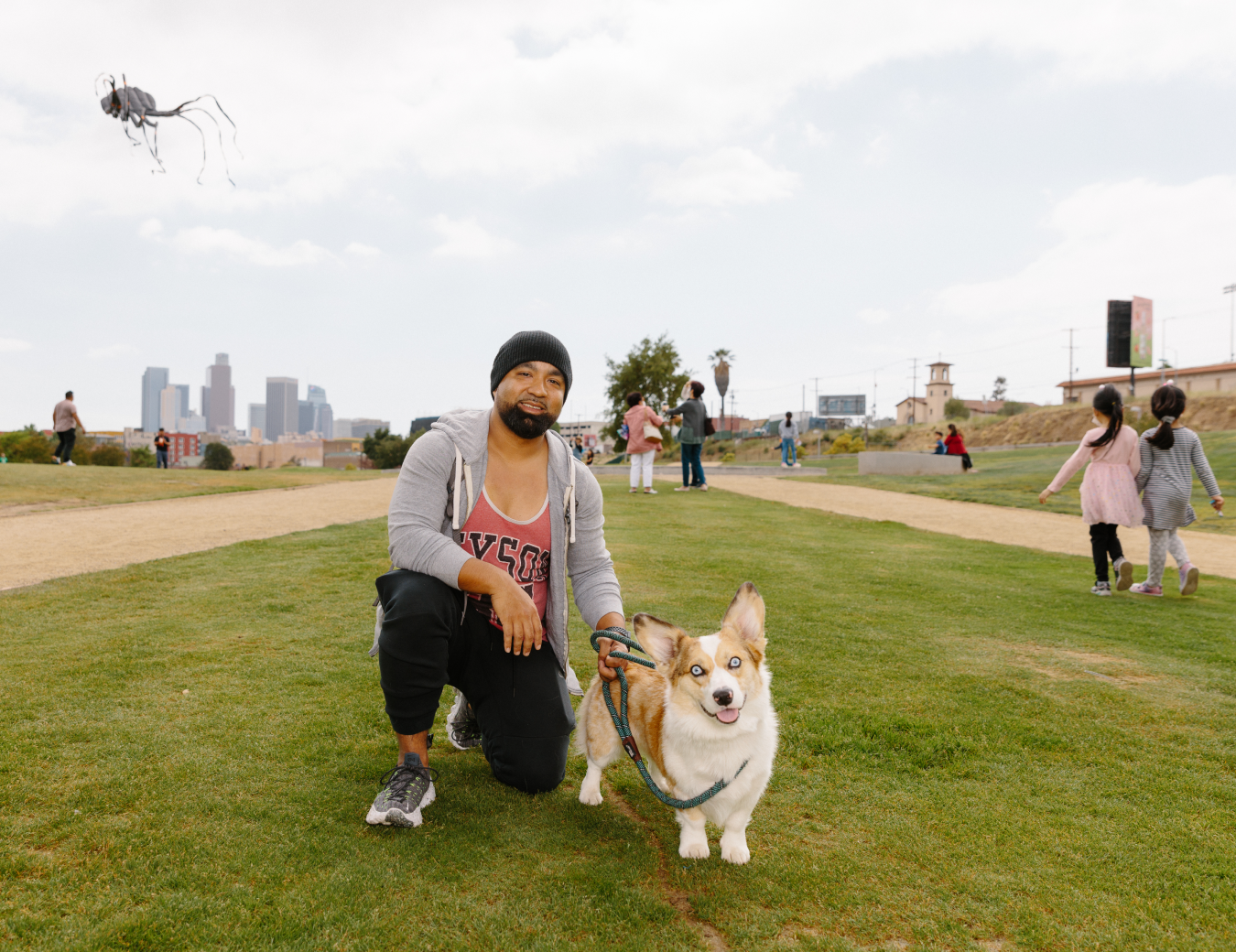 Alvaro “Tuch” and his dog Appa

Tuch grew up in Silverlake, Echo Park, and Koreatown. He points to the Cathedral in the distance as where he went to school. He remembers when LA State Historic Park was just a dirt lot. “It’s a beautiful thing to see the area being revitalized,” he said.

Since the park’s opening he has enjoyed how well maintained it is. “It’s not really what I think LA is depicted as on the TV — as dangerous and violent. At the park there’s kids, dogs, adults, and everybody’s just having a good time. It’s peaceful, friendly, and clean. It’s a community, very diverse, with different cultures and ethnicities that come to the park. It’s been really nice to participate with the community and just meet random people. The park is a true representation of LA itself.”