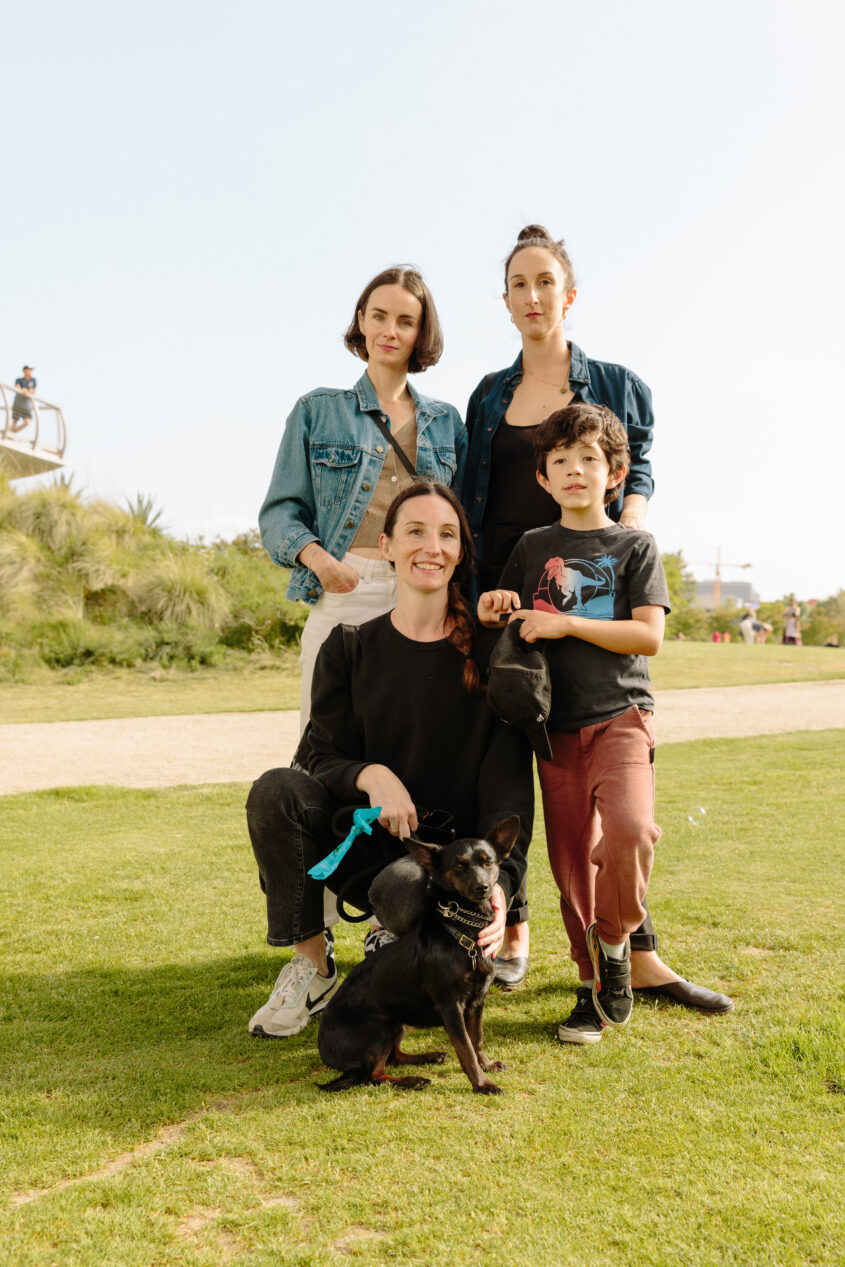 Diana, Rachel, Carrie and her Nephew

Prior to living in Mid City, Carrie lived in New York where she enjoyed public spaces. “This is really nice because LA definitely does not have enough [public spaces]. It’s very vital,” she said as she looked out at LA State Historic Park.

Both Diana and Carrie expressed their appreciation for the park, sharing how seeing everyone gathered for the Kite Festival made them feel connected to and part of a community. During Covid Diana came to the park for our Listening by Moonrise program. It was the first time they had left their home during the pandemic. Arriving at the park to see musicians and people gathered again was a “beautiful experience.”

They shared that most people don’t even know about the park’s existence, its location making it hidden to those who aren’t in the direct neighborhood. “I tell people it’s a magical, secret park,” Diana said.