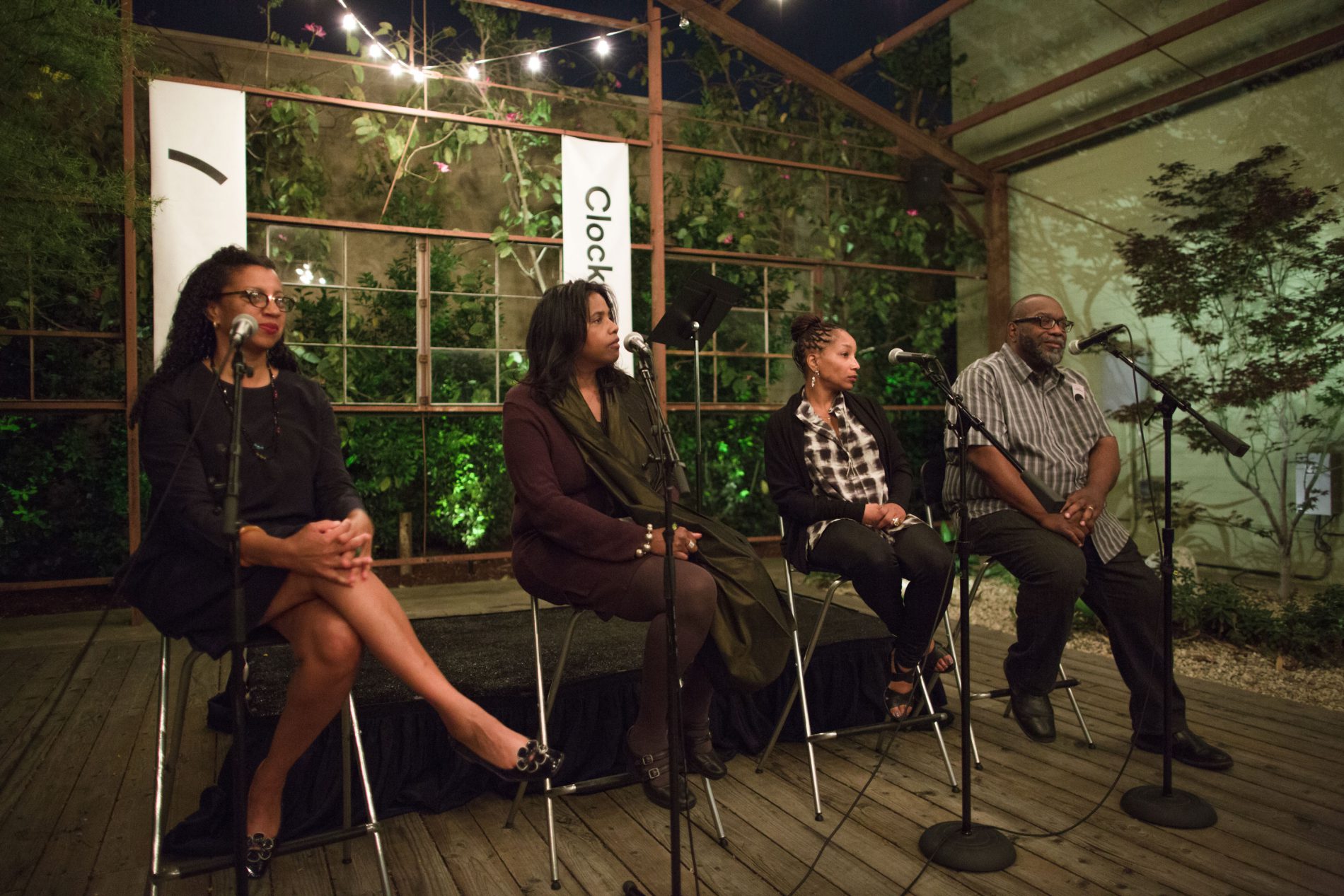 Tisa Bryant is the author of Unexplained Presence (Leon Works, 2007), a collection of essays on myth-making and black presences in film, literature, and visual art, and co-editor and publisher of The Encyclopedia Project. War Diaries, an anthology she edited for AIDS Project Los Angeles was nominated for a 2010 Lambda Literary Award. Her work has appeared in Mandorla and in Letters to the Future: An Anthology of Experimental Writing by Black Women (Kore Press, forthcoming), among other publications, and she is currently working on a novel, The Curator. Bryant teaches in the MFA Creative Writing Program at the CalArts.

Robin Coste Lewis is the poet laureate of Los Angeles and writer-in-residence at the University of Southern California. In 2015 she published her stunning poetry debut, Voyage of the Sable Venus. This first collection is one of surpassing imagination, maturity, and aesthetic dazzle. It was widely praised by critics and honored with the 2015 National Book Award for Poetry—the first poetry debut to do so since 1975. Lewis is a Cave Canem fellow and a fellow of the Los Angeles Institute for the Humanities. She received her MFA in poetry from NYU, an MTS in Sanskrit and comparative religious literature from the Divinity School at Harvard University, and a PhD in poetry and visual studies from the University of Southern California. A finalist for the Rita Dove Poetry Award, she has published her work in various journals and anthologies, including The Massachusetts Review, Callaloo, The Harvard Gay & Lesbian Review, Transition: Women in Literary Arts, VIDA, Phantom Limb, and Lambda Literary Review, among others. She has taught at Wheaton College, Hunter College, Hampshire College, and the NYU Low-Residency MFA in Paris. Lewis was born in Compton, California; her family is from New Orleans.

Lynell George is a Los Angeles-based journalist and essayist. As a staff writer at the Los Angeles Times and L.A. Weekly she covered social issues, art, human behavior, and identity politics. She is currently an arts and culture columnist for KCET’s Artbound. George’s writing has appeared in various magazines and news outlets, includingBoom, Slake, Vibe, Washington Post, Boston Globe, Chicago Tribune, Essence, Black Clock, The Root, Ms., and many others, and she is the author of No Crystal Stair: African Americans in the City of Angels (Verso, 1992), a collection of essays drawn from her reporting. She is currently a Los Angeles Institute for the Humanities Fellow.

Fred Moten is author of In the Break: The Aesthetics of the Black Radical Tradition (University of Minnesota Press, 2003), Hughson’s Tavern (Leon Works, 2008), B. Jenkins (Duke University Press, 2010), The Feel Trio (Letter Machine Editions, 2014), The Little Edges (Wesleyan University Press, 2015) and co-author, with Stefano Harney, of The Undercommons: Fugitive Planning and Black Study (Minor Compositions/Autonomedia, 2013). Two new books will appear in 2016:consent not to be a single being: Essays 2002-2015 (Duke University Press) and The Service Porch (Letter Machine Editions). Moten teaches literature and critical theory at the University of California, Riverside.