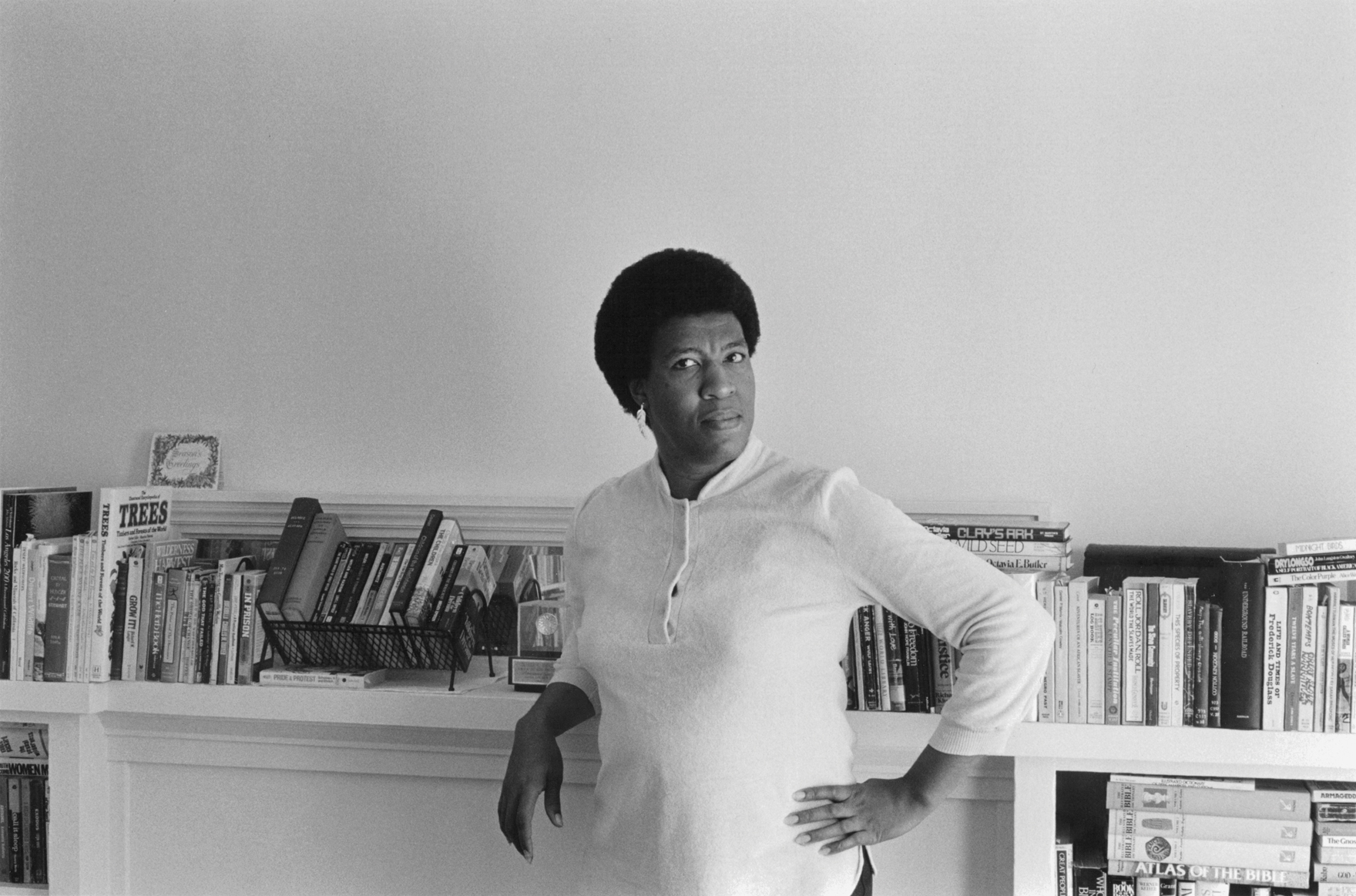 Octavia E. Butler (1947 – 2006) was a bestselling and award-winning author of groundbreaking science fiction. She is the first and only writer of the genre to earn a MacArthur “genius” Fellowship.

With Black female protagonists, radical notions of kinship, and a keen understanding of power dynamics, Butler’s writing revamped the conventions of the science fiction genre. Butler’s bold imagining of the future has come to inform the way we live now. 2016 marks the 10-year anniversary of Butler’s death.

Exploring far-reaching issues of race, gender, power and, ultimately what it means to be human, Butler broke ground as a black woman writing science fiction—a genre dominated by white men. “I’m black, I’m solitary, I’ve always been an outsider,” The Los Angeles Times quoted Butler as saying in 1998. Her work suggested new ways of thinking and new models of working for generations of writers and artists to come.

Octavia Estelle Butler was born on June 22, 1947, in Pasadena, California, the only child of Octavia Margaret Guy and Laurice James Butler. Butler’s father died when she was seven, leaving Octavia to be raised by her mother and maternal grandmother in a strict Baptist household.

Over the next half-dozen years, living alone in a modest Los Angeles apartment, she collected dozens of rejection slips and supported herself with menial jobs: dishwasher, telemarketer, potato chip inspector. Patternmaster, the first novel of her six-volume Patternist series, was published in 1976, followed by Mind of My Mind in 1977.  With the publication of Kindred in 1979, Butler was able to support herself as a full-time writer. Her rise to prominence began in 1984 when she won the Hugo Award for her short story, “Speech Sounds.” In 1985, Butler’s novella “Bloodchild” won a second Hugo, as well as a Nebula Award, and reader awards from Locus and Science Fiction Chronicle. In the late 1980s she published her Lilith’s Brood trilogy (compiled under the title Xenogenesis), and then in the 1990s completed the acclaimed Parable of the Sower and Parable of the Talents.

During her last years, Butler continued writing and taught at the Clarion Science Fiction & Fantasy Writers’ Workshop. She moved from Los Angeles to Lake Forest Park in Washington State in 1999, and died there on February 24, 2006 at the age of 58. At the time of her death, Butler had published twelve bestselling, award-winning novels, and several acclaimed short stories.

The Octavia E. Butler papers are housed at The Huntington Library, Art Collections, and Botanical Gardens in San Marino, California.