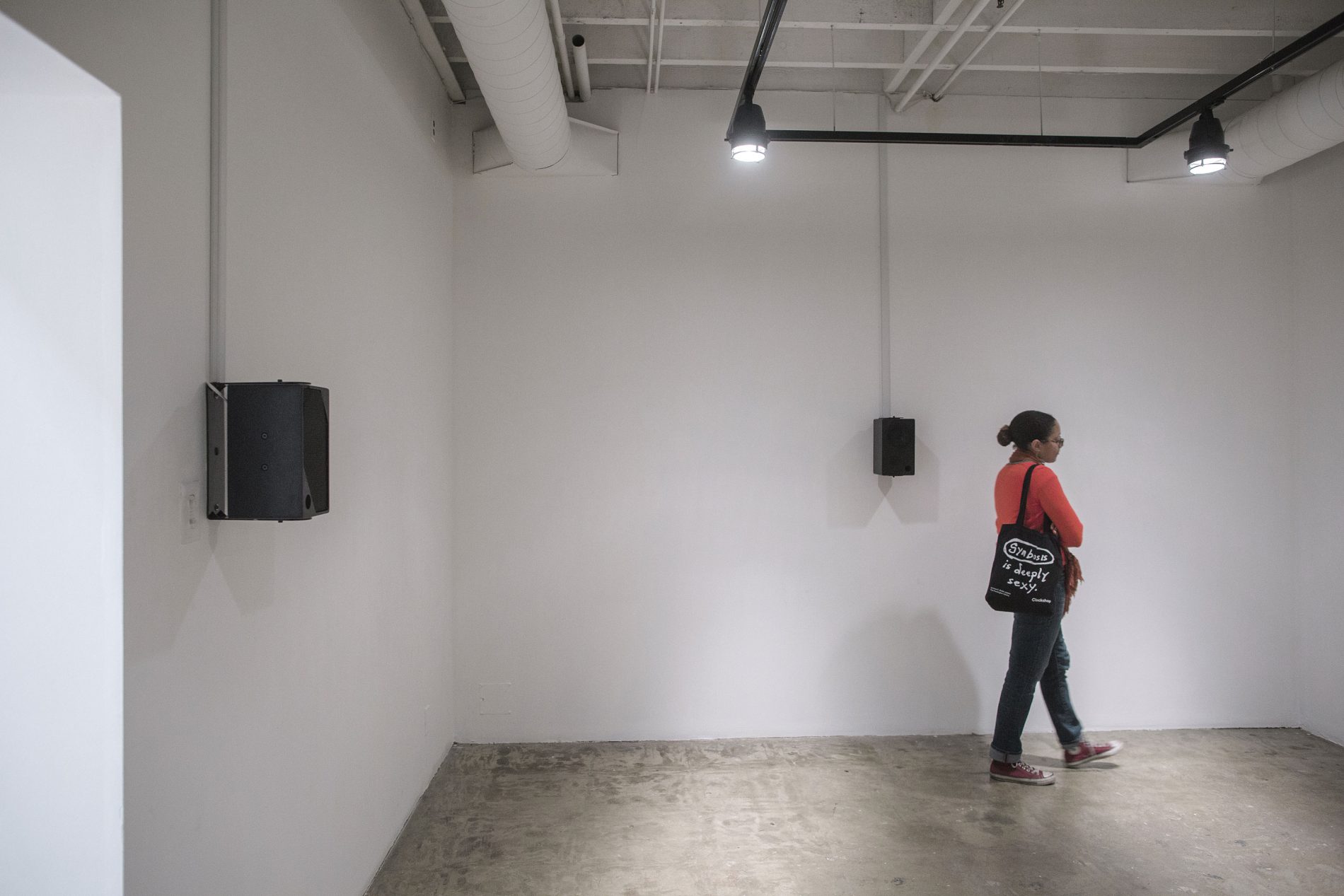 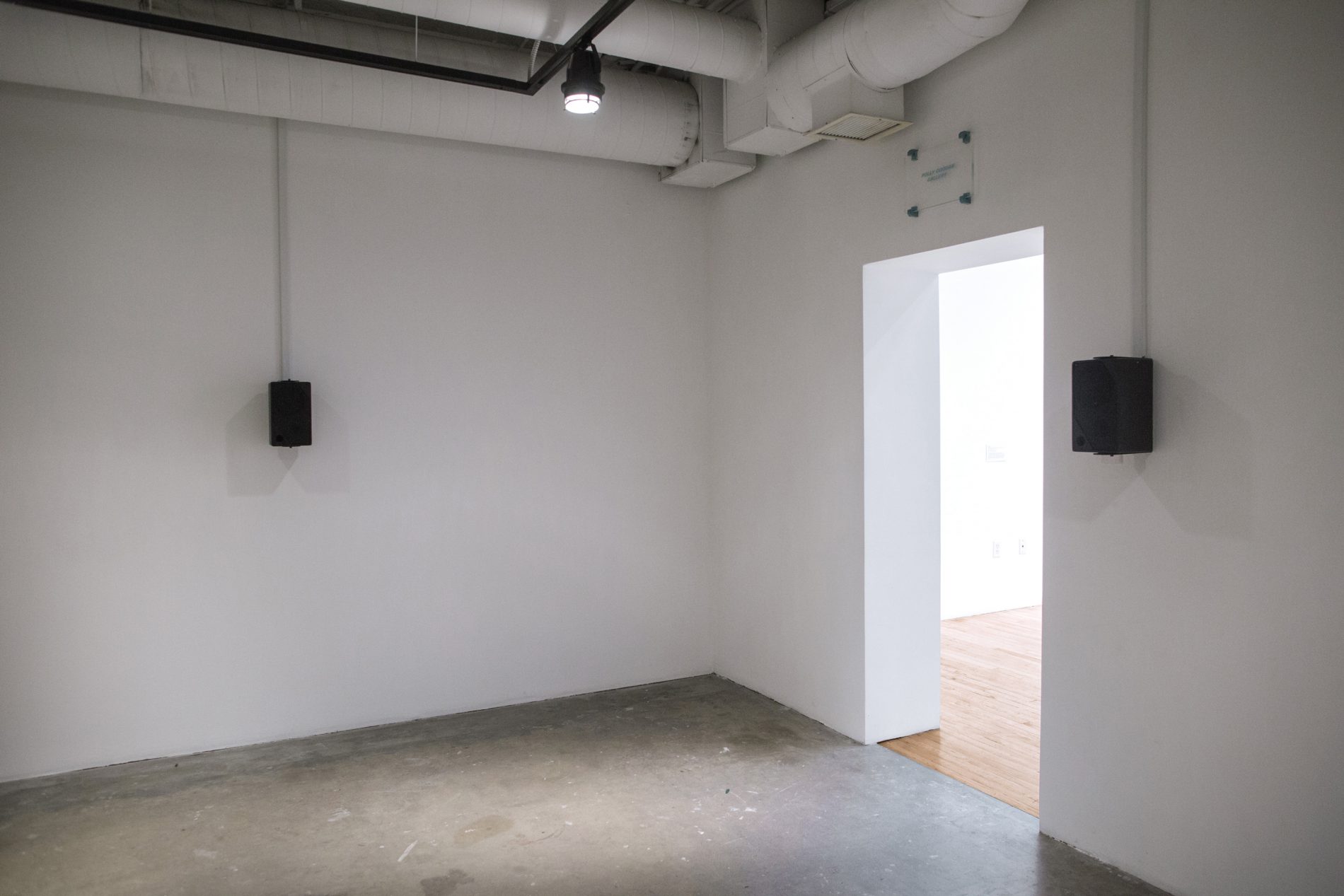 New media artists Mendi Obadike and Keith Obadike (each b. 1973) have been collaborating for over 15 years, producing work that incorporates virtual space, sound, installation, and performance. Like past projects, which have drawn from the speeches and writing of Toni Morrison, James Baldwin, and Angela Davis, Ring Shout (for Octavia Butler) is based on an unpublished short story Butler wrote as a teenager. Excerpts, including the line that reads, “your name is Star,” are performed by the artists, and combined with recordings of the Earth’s electromagnetic field. Butler had a fascination with names and their meanings, and often incorporated her own middle name, Estelle, into her early fiction. The circular installation of the speakers and the title of the piece refer to the Afro-American folk music and dance ritual. Following the Radio Imagination exhibition, the artists plan to launch a small satellite into space that will broadcast the audio of Ring Shout (for Octavia Butler) over radio frequencies.