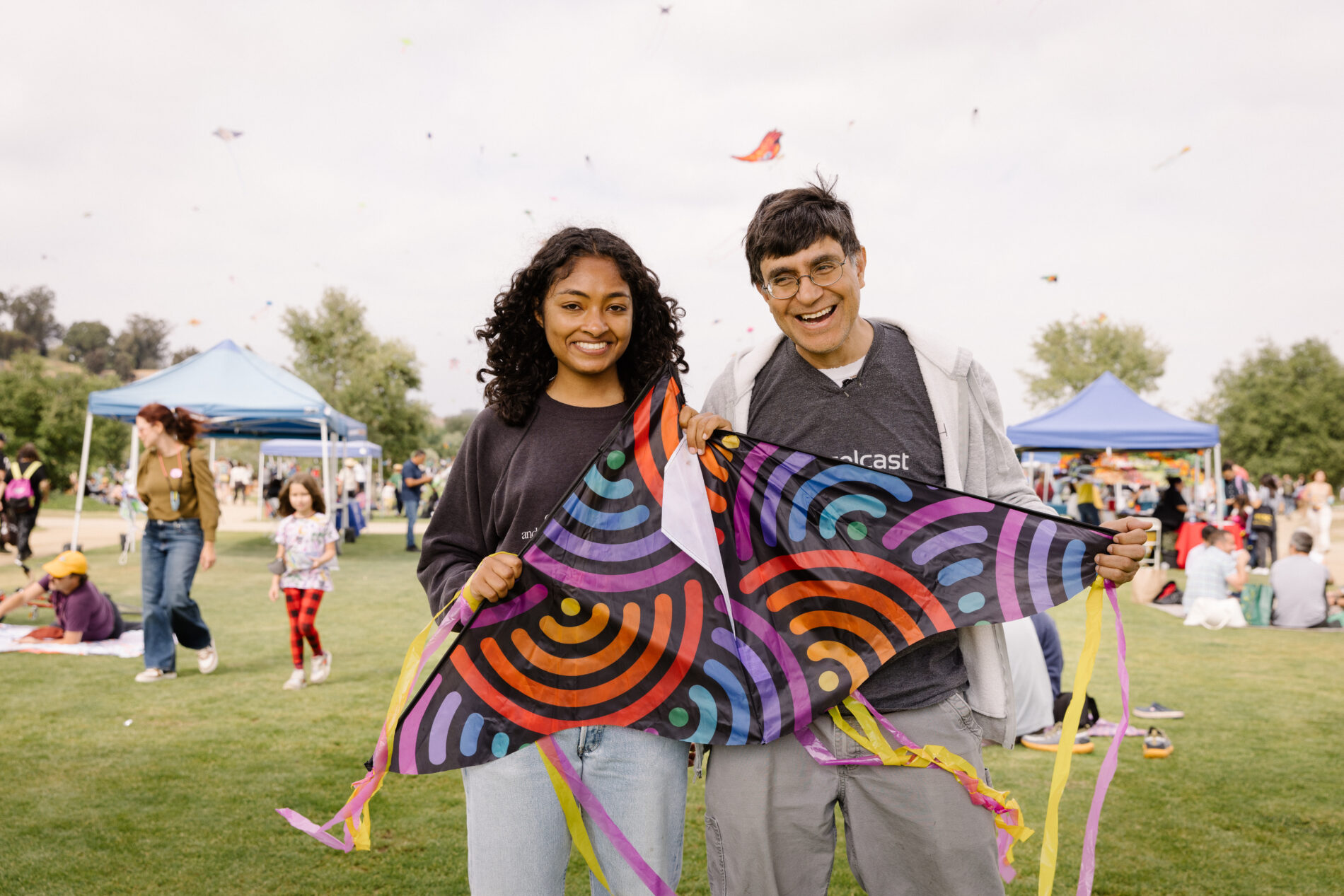 Dana and her Father Bapa

Dana lives close enough to the park that it is almost like her backyard. “Sometimes, in the middle of the day, I’ll just pop into the park and go for a quick walk or bring food from Chinatown and just enjoy my day out here. It’s nice to have a place that is designed with Southern California plants in mind, that’s very connected to what this place is, the original Tongva land in a sense.”

Dana and her father, Bapa, were happy to be at the Kite Festival because they used to fly kites from their roof for the South Indian holiday Sankranti. “Sankranti is related to the solar solstice. Generally, it’s the time when the crops come in. So, people celebrate — they hand out gifts, have huge parties, and fly kites. Three to five days of just fun,” Bapa explains.

Dana introduced Bapa to the park. Bapa says, “I love the community feel to it, because it’s not really large enough to get lost in. There’s something about the way the park was designed that makes people naturally like it. It feels like people come here and they aren’t just visiting, they actually belong. LA is such a huge place with so many different pockets and neighborhoods and communities that not many people are aware of this — really a treasure —  just north of downtown, just by Chinatown. You wouldn’t think of it; you think of it as a commercial, industrial kind of zone. But you come in and say, ‘Wow, I didn’t know this was here.’ That’s the amazing thing about the park.”