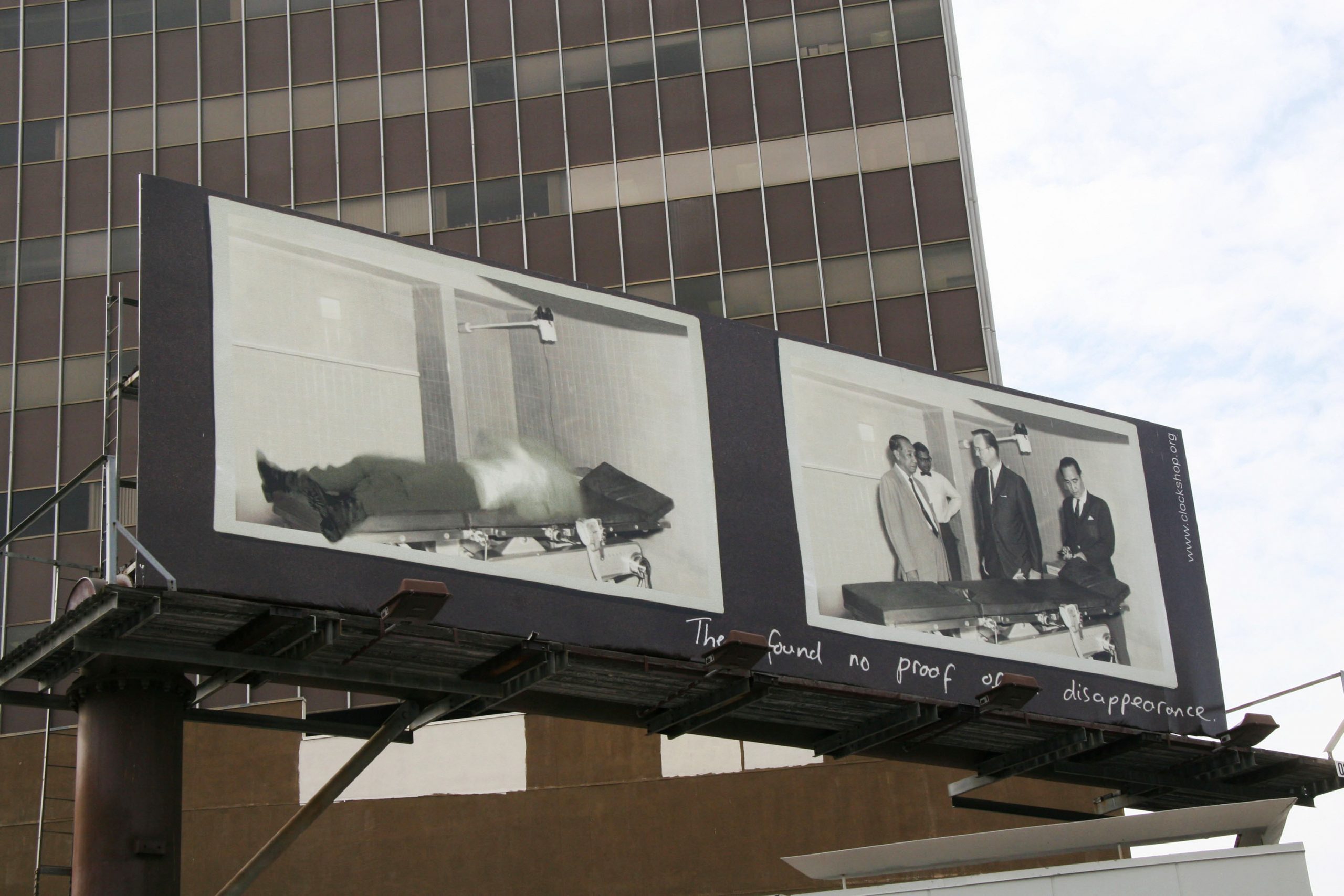 Public Speaking is a series of artists’ billboards that will appear over the course of three years—2004, 2005, and 2006.  Works are selected for this temporary exhibition to spark curiosity, conversation, and debate. The 2006 series takes the legacy of unlawful global prisoner detainment as it’s premise. Torture is wrong, immigrants are here, someday we’re all going to die.

Nadiah Bamadhaj was born in Petaling Jaya, West Malaysia in 1968. Trained as a sculptor at the University of Canterbury in New Zealand, she now produces drawings, video, and digital images. She has worked in non-government organizations on HIV/AIDS prevention, human rights advocacy, and lectured in art in Kuala Lumpur. She is author of Aksi Write (1997), a work of non-fiction on Indonesia and Timor Leste, co-written with her late brother. In 2000 she began full-time art-practice, and was awarded the Nippon Foundation’s Asian Public Intellectual Fellowship in 2002, electing to spend her fellowship period in Yogyakarta, Indonesia, where she produced an art-based research project on the social aftermath of Indonesia’s 1965 coup attempt. Her recent artwork looks at architecture as historical and nationalist documents, which is the topic of her PhD research that began at Curtin University of Technology, Western Australia in 2006.