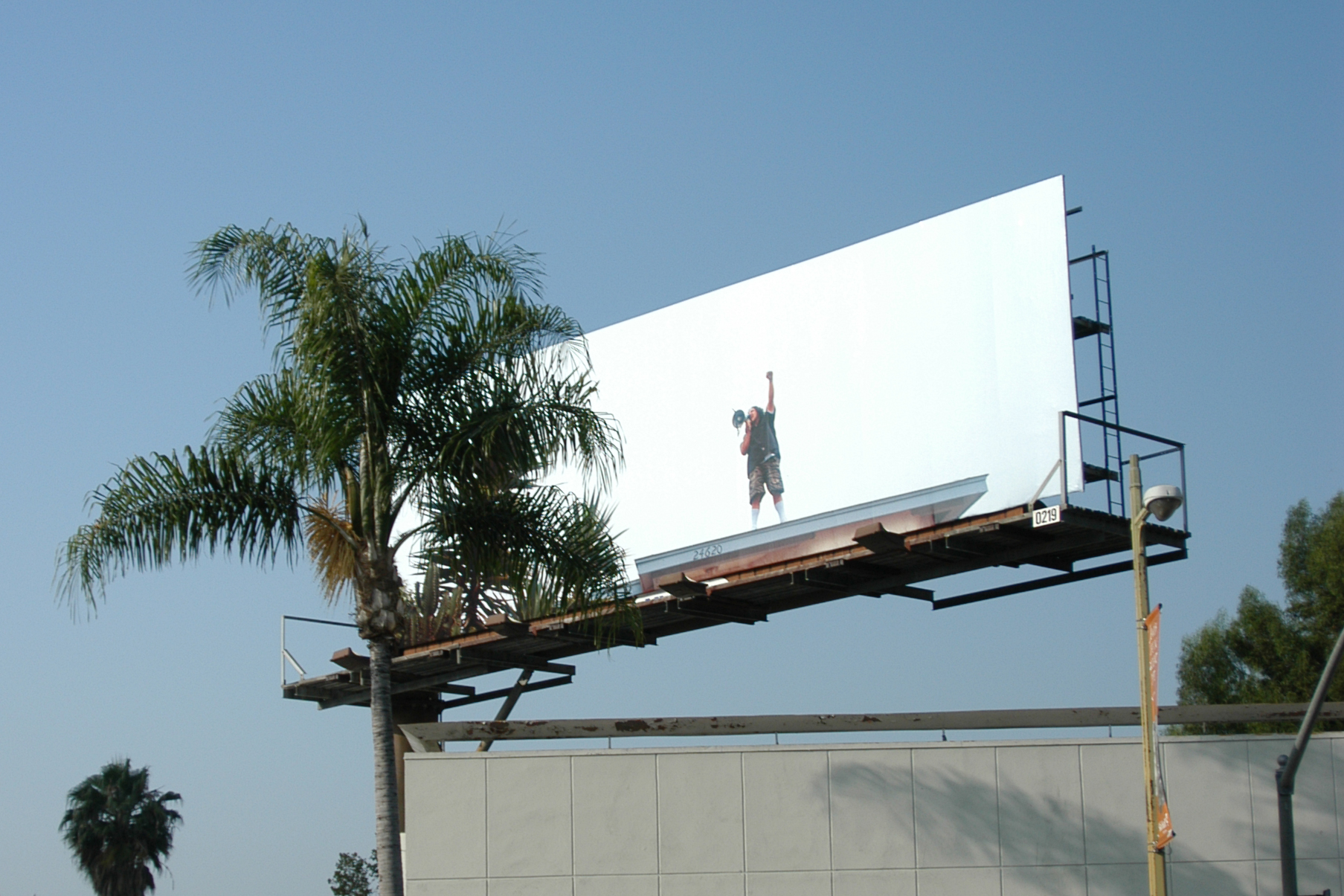 Mario Ybarra, Jr.‘s sculpture, installations, and community-based projects examine the perspective and cultural touchstones of Mexican-Americans living in Southern California. Ybarra, Jr. strives to cultivate an “open dialogue with the public”—whether as aware participants or unassuming onlookers—in his work, including his socially-engaged artist group Slanguage, which he co-founded with Karla Diaz in 2002 in Wilmington, California. Mario Ybarra, Jr. (b. 1972, Wilmington, CA) received an MFA from the University of California, Irvine (2001) and a BFA from Otis College of Art and Design, Los Angeles (1999). Recent solo exhibitions include Double Feature at Honor Fraser Gallery, Los Angeles (2013); Mario Ybarra Jr.: The Tio Collection at the Santa Barbara Contemporary Arts Forum (2012); Wilmington Good at the Cardi Black Box, Milan, Italy (2011); Silver and Blacks at Michael Janssen Gallery, Berlin, Germany (2010); Take Me Out…No Man Is An Island at the Art Institute of Chicago (2008); and Black Squirrel Society at Lehmann Maupin Gallery, New York (2008). Ybarra, Jr. has been included in such group exhibitions as Made in L.A., the Los Angeles Biennial organized by the Hammer Museum in collaboration with LAXART (2012); Invisible Cities at the Instituto Cervantes, Madrid, Spain (2010); the Whitney Biennial, New York (2008); Phantom Sightings: Art After the Chicano Movement at the Los Angeles County Museum of Art (LACMA), Los Angeles (2008); Prague Biennale 3 in Prague, Czech Republic (2007); The World as a Stage at the Tate Modern, London, UK, as well as the Institute of Contemporary Art, Boston (2007); the California Biennial at the Orange County Museum of Art, Newport Beach (2006); and Alien Nation at the Institute of Contemporary Art, London, UK (2006).

Public Speaking is a series of artists’ billboards that will appear over the course of three years—2004, 2005, and 2006.  Works are selected for this temporary exhibition to spark curiosity, conversation, and debate. For the 2004 season, artists were asked to respond to the re-election of George W. Bush.