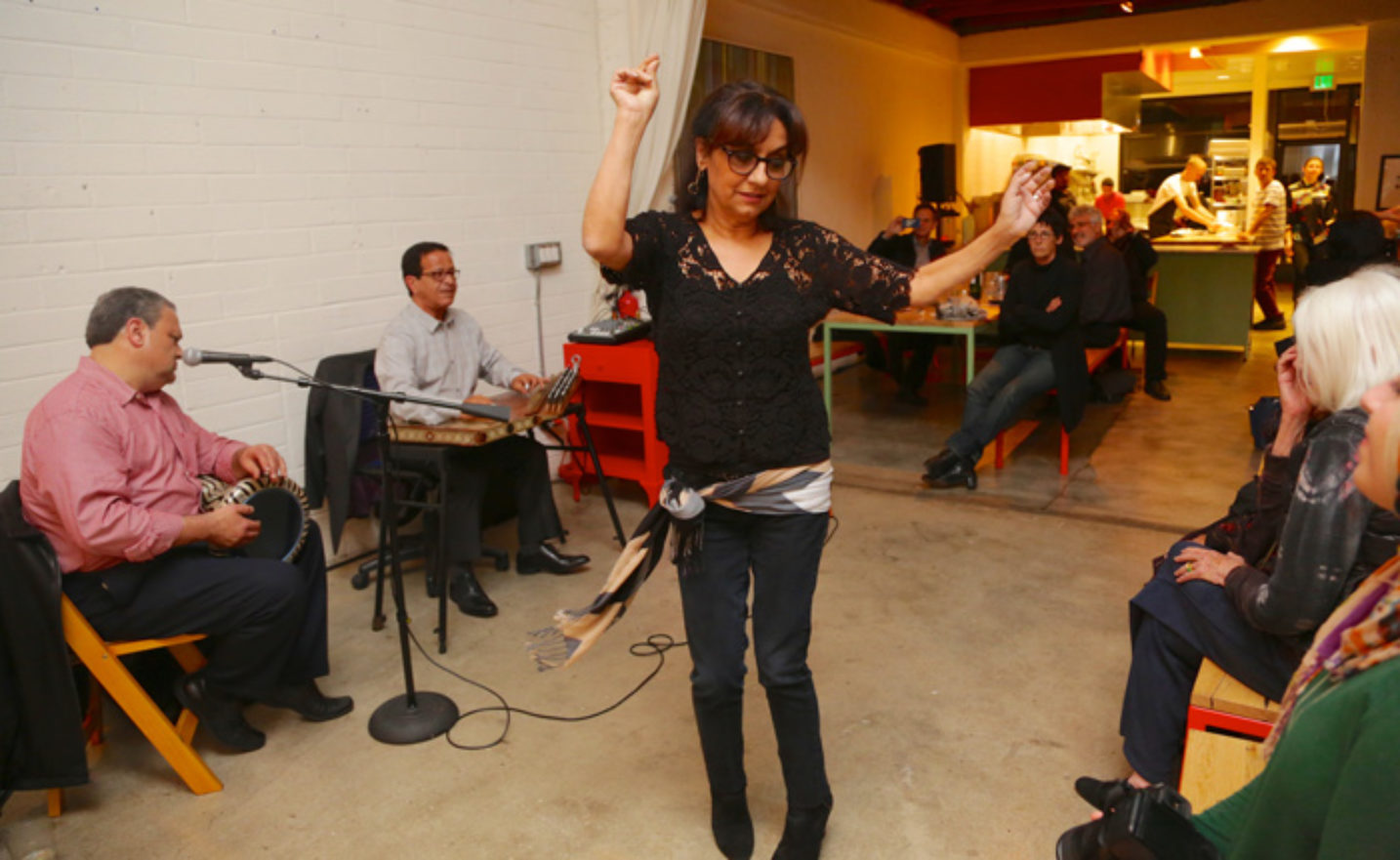 Regine Basha, curator and producer of the online music archive Tuning Baghdad, Habiba Gazala, cook and caterer for the Iraqi-Jewish community in Los Angeles, and Yona Sabar, Kurdish-Jewish scholar at UCLA will present during the meal.

Dinner to be followed by the music of Henry Azra on the Kanun accompanied by a doumbek player. The Kanun is a string instrument played in much of the Middle East, Central Asia, and southeastern Europe. The name derives from the Arabic word kānun, which means “rule, norm, principle.” Its traditional music is based on maqamat. It is a type of large zither with a narrow trapezoidal soundboard.

Regine Basha was born in Israel to Iraqi parents, she grew up in Montreal and Los Angeles. A curator whose exhibitions have received grant awards from The Andy Warhol Foundation, The Elizabeth Firestone Graham Foundation and The National Endowment for the Arts as well as critical press in The New York Times, Artforum, Modern Painters, Art Papers, Wire, Bidoun, Art Lies, Artforum and NPR Radio. She graduated from Bard College, Center for Curatorial Studies’ inaugural class of 1996. She currently sits on the board of Art Matters and Aurora Picture Show.

Habiba Gazala was born in Iraq in 1946 to Jewish parents, she moved to Israel in 1950 and then eventually to Los Angeles where she now lives in the San Fernando Valley. A cook and caterer, she regularly prepares meals for the Iraqi Jewish community here in Los Angeles.

Yona Sabar was born in the town of Zakho in the Kurdish region of northern Iraq. His family moved to Israel in 1951. He received a B.A. in Hebrew and Arabic from the Hebrew University of Jerusalem in 1963 and a Ph.D. in Near Eastern Languages and Literatures from Yale University in 1970.

Henry Azra, is a Los Angeles-based classical Moroccan-Jewish musician originally from Casablanca. Henry Azra is the son of the renowned international Kanunist, Salim Azra, Salim Azra was a favorite to King Mohammad V and was regularly asked to play at the King’s Royal Palace. Following in his late father’s footsteps, Henry is famously known for playing the Kanun, and has been an integral part of many Iraqi-Jewish musical ensembles from Montreal to Los Angeles.