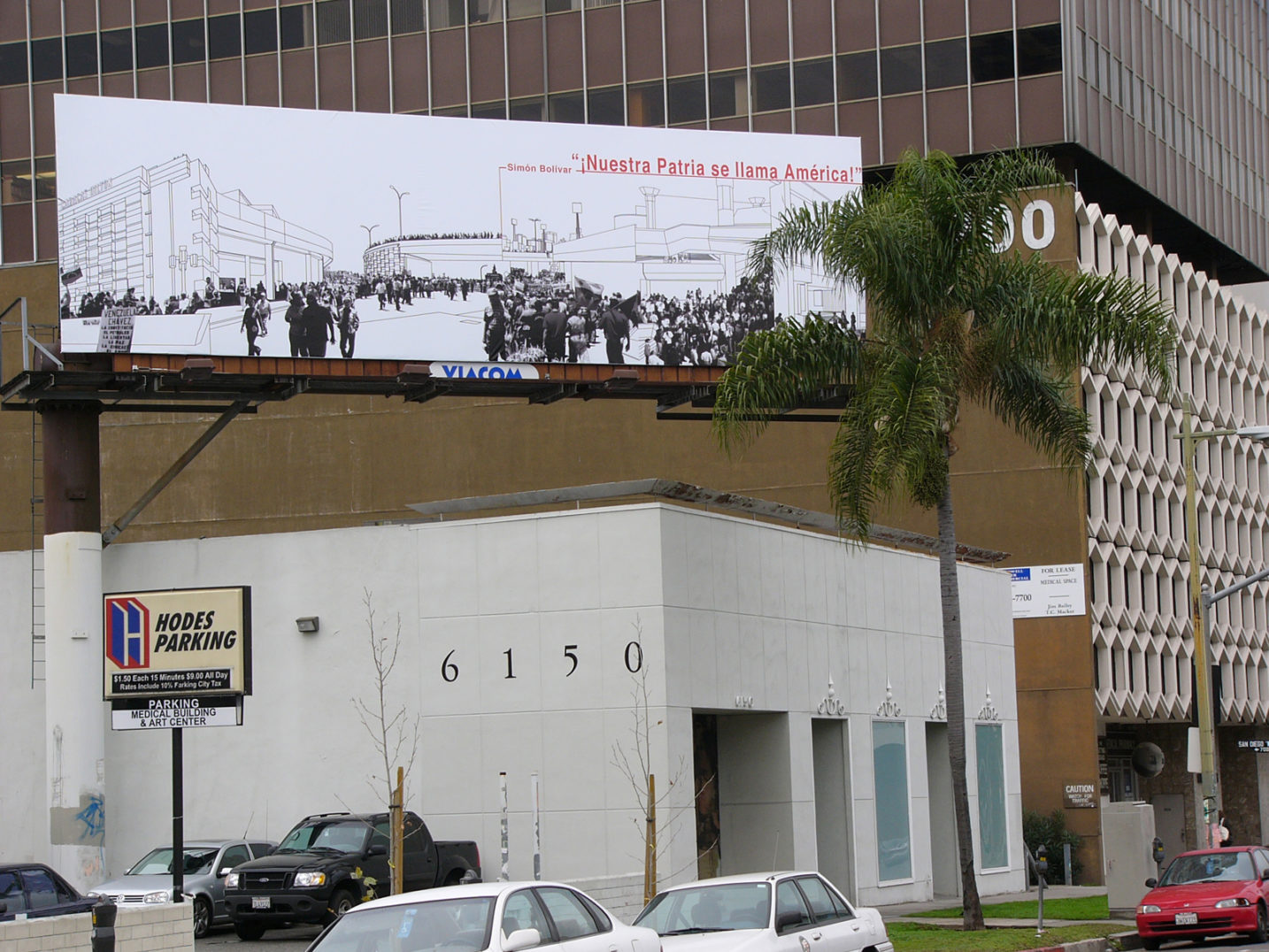 Their series of photo and video works like “Recent Geographies”, “Caracas, Hecho en Venezuela” and “LIVE LIKE THIS!” engage with specific moments and cultural logics of (neoliberal) globalization, as they are materialized in architecture as a frame for spatial meaning. In 2004, Sabine Bitter, Jeff Derksen and Helmut Weber formed the urban research collective Urban Subjects US. See http://www.lot.at for further projects.

Public Speaking is a series of artists’ billboards that appeared over the course of three years—2004, 2005, and 2006.  Works were selected for this temporary exhibition to spark curiosity, conversation, and debate. For the 2004 season, artists were asked to respond to the re-election of George W. Bush.