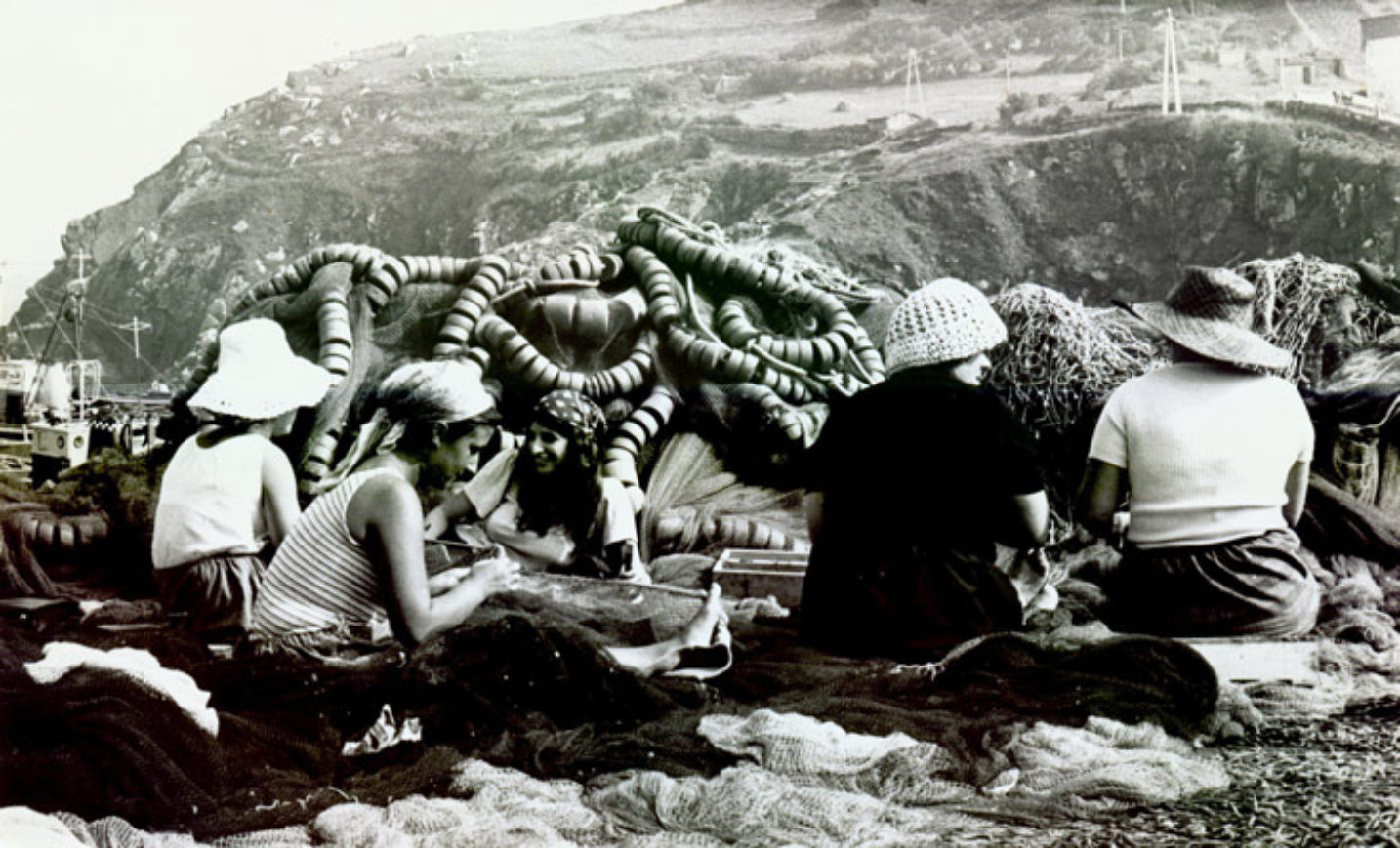 Weekend 1 of Kan Ya Ma Kan 2015 will focus on Spain. Join us for a Sephardic and Spanish themed dinner prepared by chef Evan Kleiman of KCRW’s Good Food and chef David Thorne of elysian. Havdalah service led by Rabbi Jill Zimmerman and Ladino music by Judith Cohen.

*Alcohol is not included in the ticket price. Bar will be open, alcohol available for purchase. Refunds available 72 hours in advance of the event.

Kan Ya Ma Kan is a yearly series that takes place over three weekends in November featuring the culinary traditions, music and culture of the Sephardic and Mizrahi Jewish diaspora. Each weekend will offer a Saturday night and Sunday afternoon program featuring chefs, writers and scholars. Saturday’s dinner opens with a Havdalah service and then ends with live music. Sunday afternoon will feature tea, sweets and conversation with an invited writer, scholar or artist.

Kan Ya Ma Kan is a collaboration between Clockshop and elysian. See the full program here.

Evan Kleiman is a true culinary multitasker. Chef, author, radio host, restaurateur and sought after speaker, she has been called “the fairy Godmother of the LA food scene” for her central role in bringing a community of food people together through her radio show, Good Food. As host of Good Food on KCRW since 1997, Evan has interviewed more than 6000 guests ranging from celebrated chefs to local farmers, enabling her to explore every aspect of food and how it intersects with human life. Kleiman was proprietor and chef of Angeli Caffe for 28 years. When Angeli opened in 1984 Evan was credited with reintroducing rustic Italian cooking to the US. As a natural extension of her longtime exposure to everything to do with food, Kleiman’s interest now extends to issues of food policy and agro-ecology. The founder of LA’s, Slow Food Chapter, which she ran for eight years, Evan now serves on the Stewardship Council for Roots of Change and is a member of the Los Angeles Food Policy Council. She is an active speaker on issues of food culture and sustainability and just to maintain a balance, is also attempting to become the Queen of Pie. Kleiman is the author of eight books on Italian food and one video app, “Easy As Pie.”

Dr. Judith R. Cohen is an ethnomusicologist and singer specializing in Sephardic music and related traditions, including music among the Crypto-Jews of Portugal, medieval music, and music of the Balkans, Spain, Portugal and French Canada. She is adjunct faculty at York University, Toronto, and is the editor of Alan Lomax’s 1952 Spain recordings.

Rabbi Jill Berkson Zimmerman, M.Ed. is the founder of the Jewish Mindfulness Network and has been teaching for over 35 years. Most recently, she has focused her teaching on Judaism through the lens of mindfulness practice and teaches widely on this topic. Rabbi Zimmerman was ordained from Hebrew Union College and selected by the faculty as the recipient of The Myrtle Lorch Pfaelzer-Monroe Award given to an outstanding female student in the School of Rabbinic Studies. She served as Assistant Rabbi/Director of Building Community at Temple Emanuel of Beverly Hills and has worked at congregations in the greater Los Angeles area, Carlsbad, Riverside, Mammoth Lakes and Seattle WA. Jill is a graduate of the Institute for Jewish Spirituality’s Mindfulness rabbinic program and is certified as a Jewish Mindfulness Teacher. Her masters degree in education is from the University of Massachusetts, Amherst. Rabbi Jill is known for her warm and accessible teaching style, and for making Jewish teachings relevant and meaningful for people in their everyday lives.  www.ravjill.com