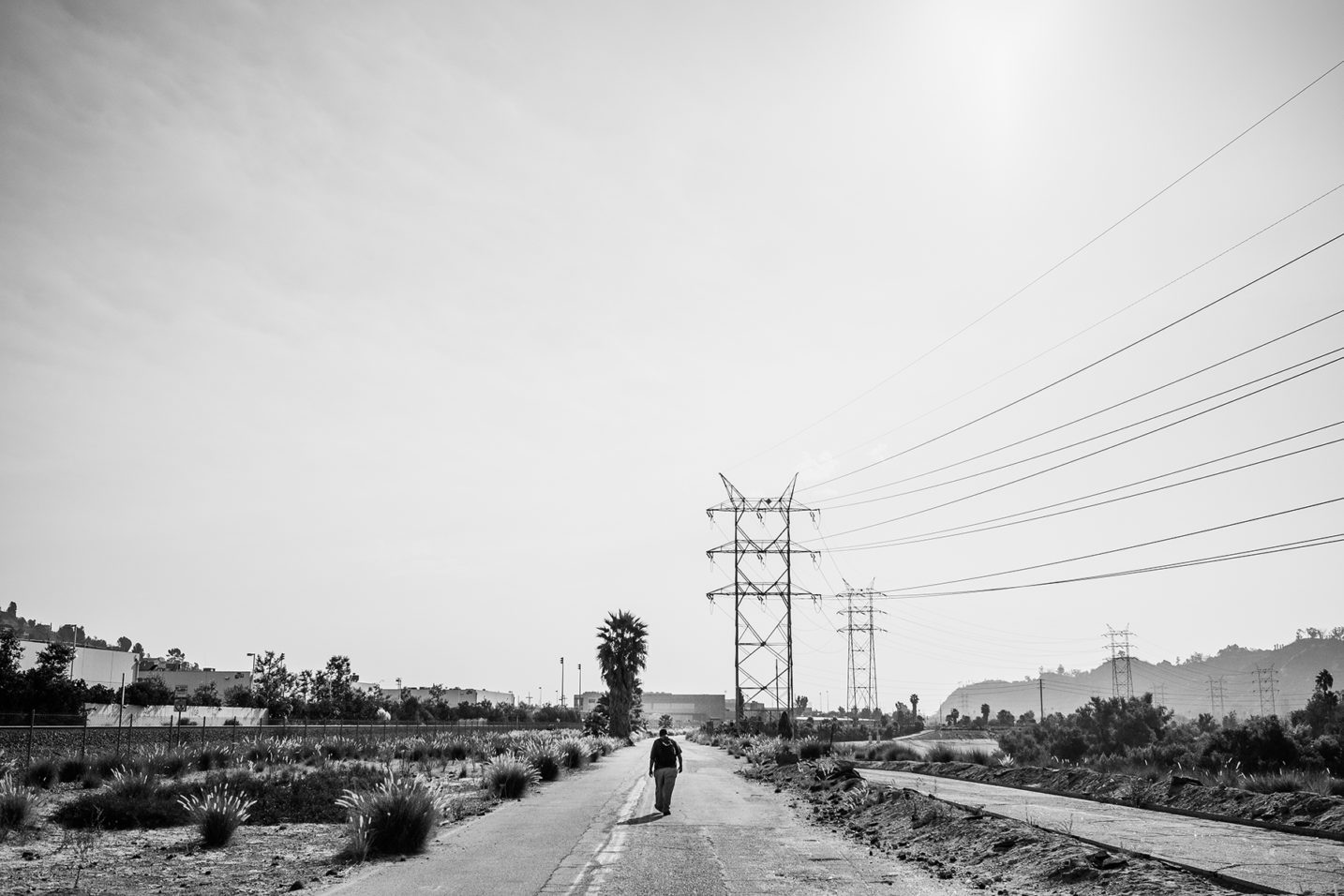 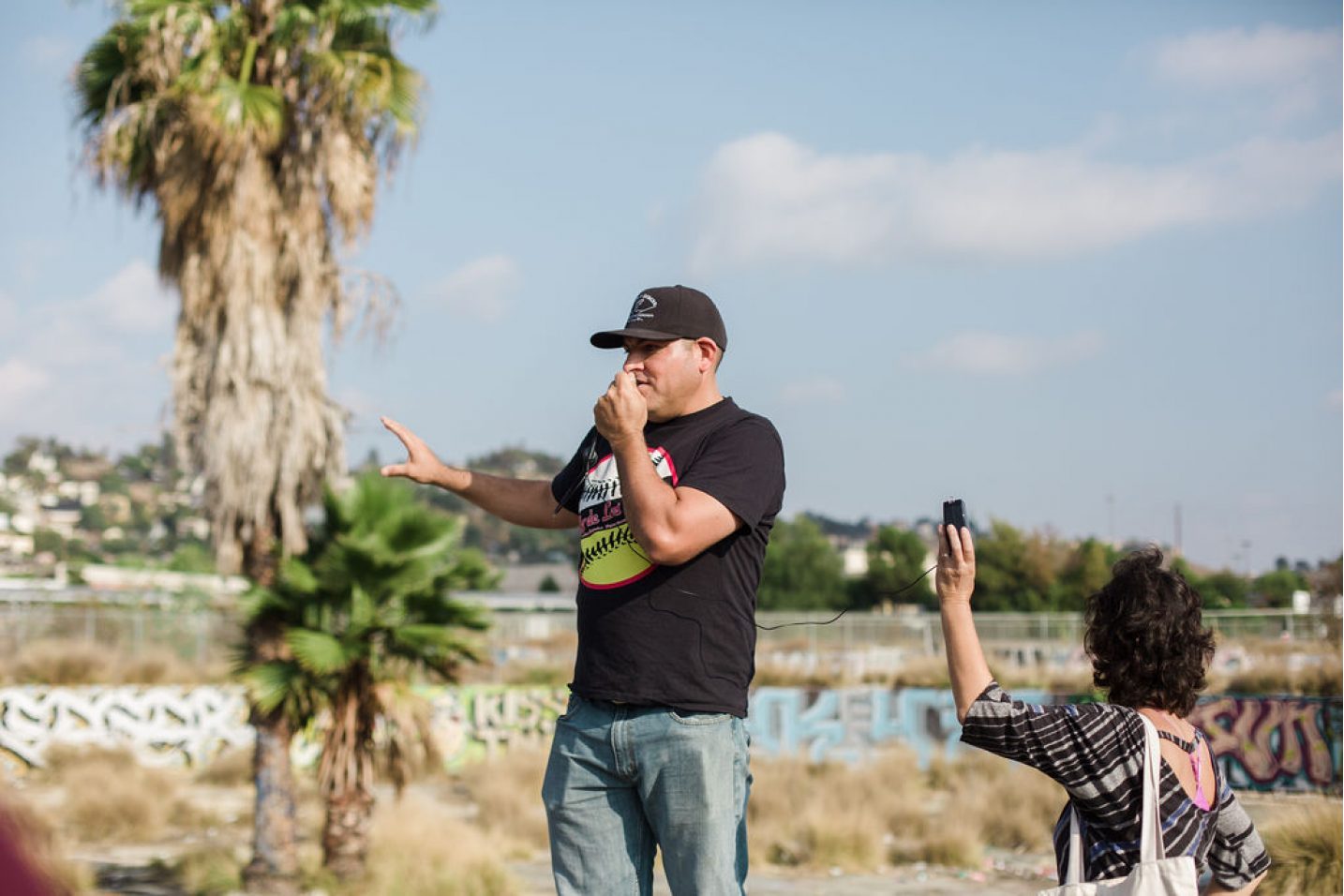 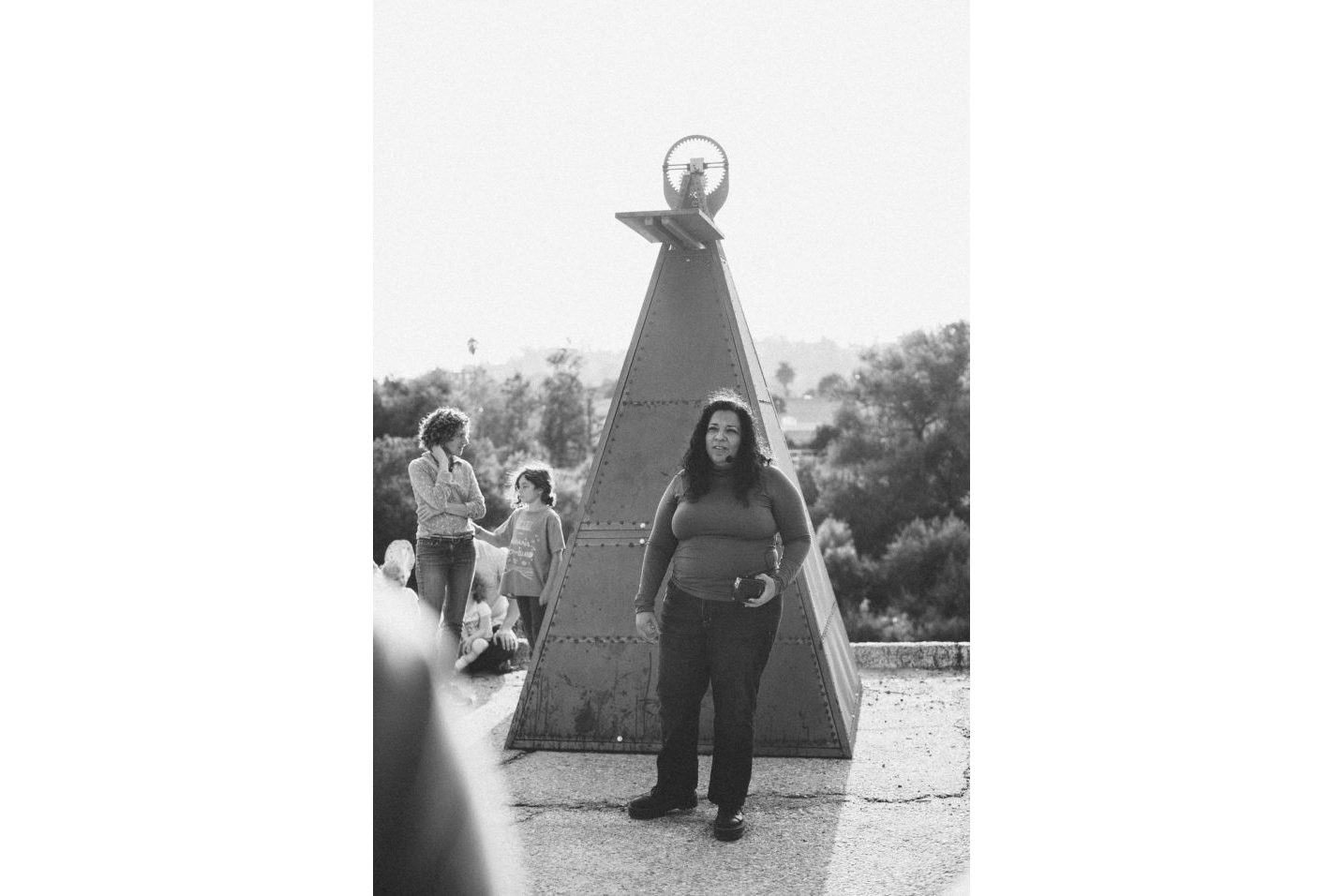 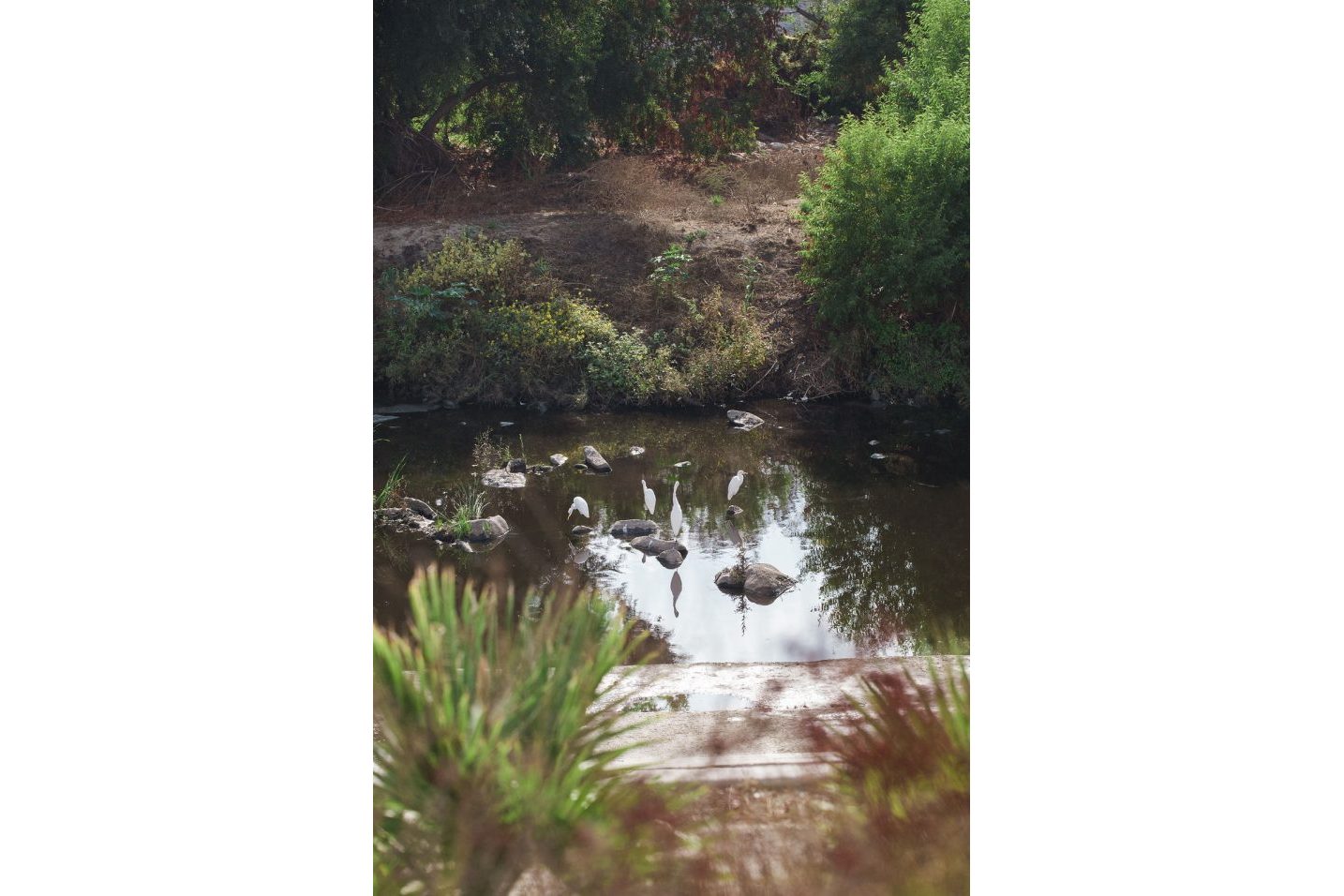 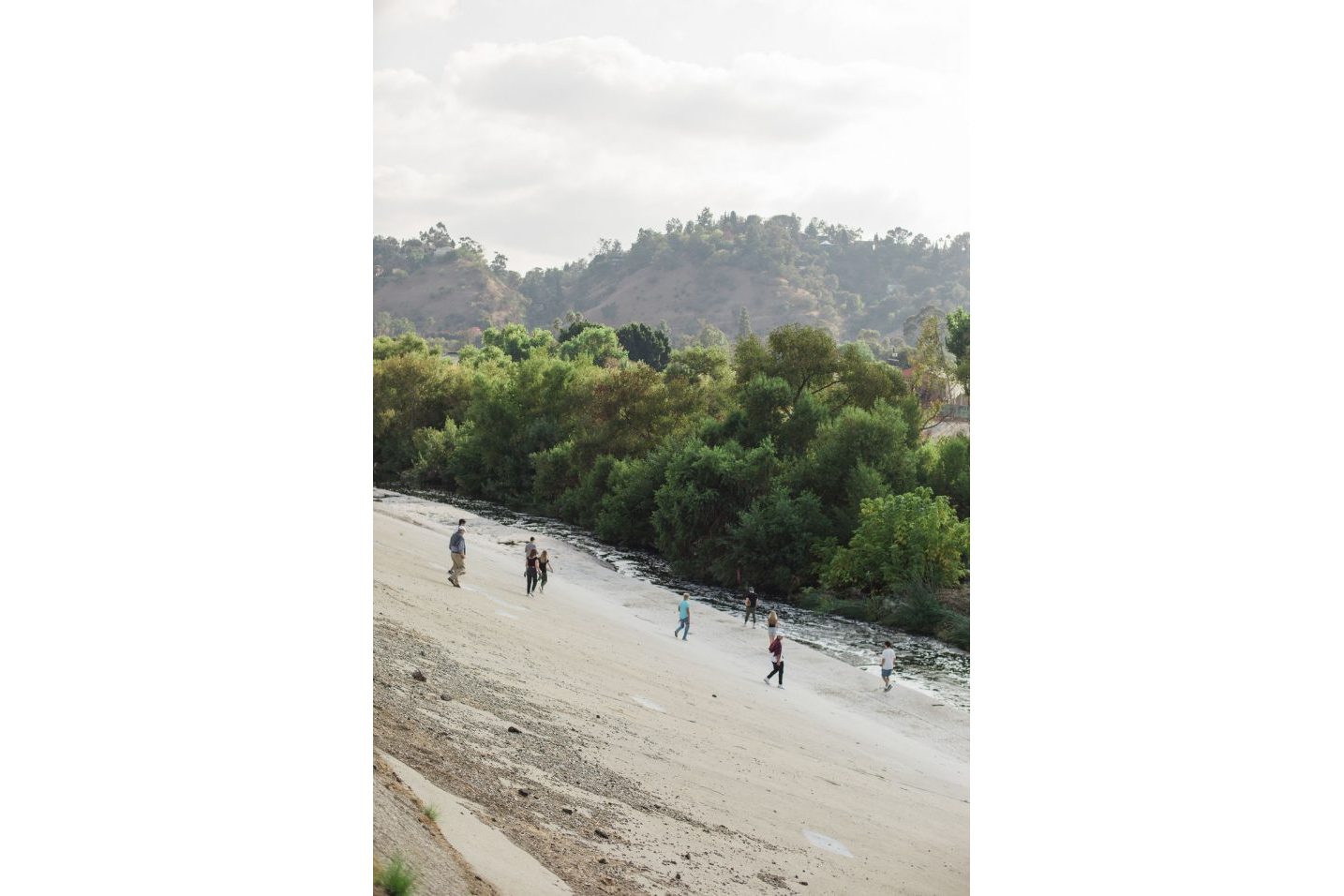 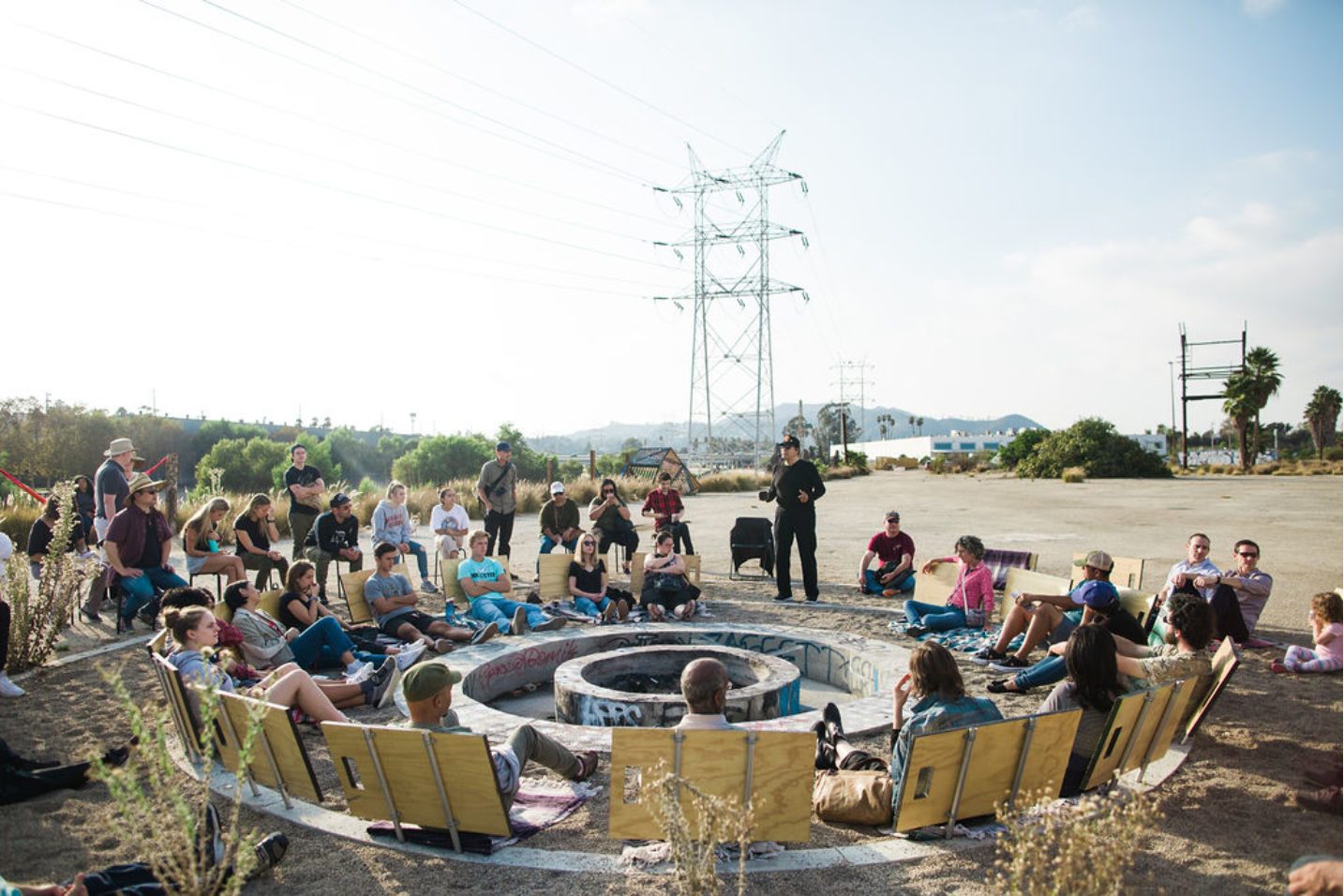 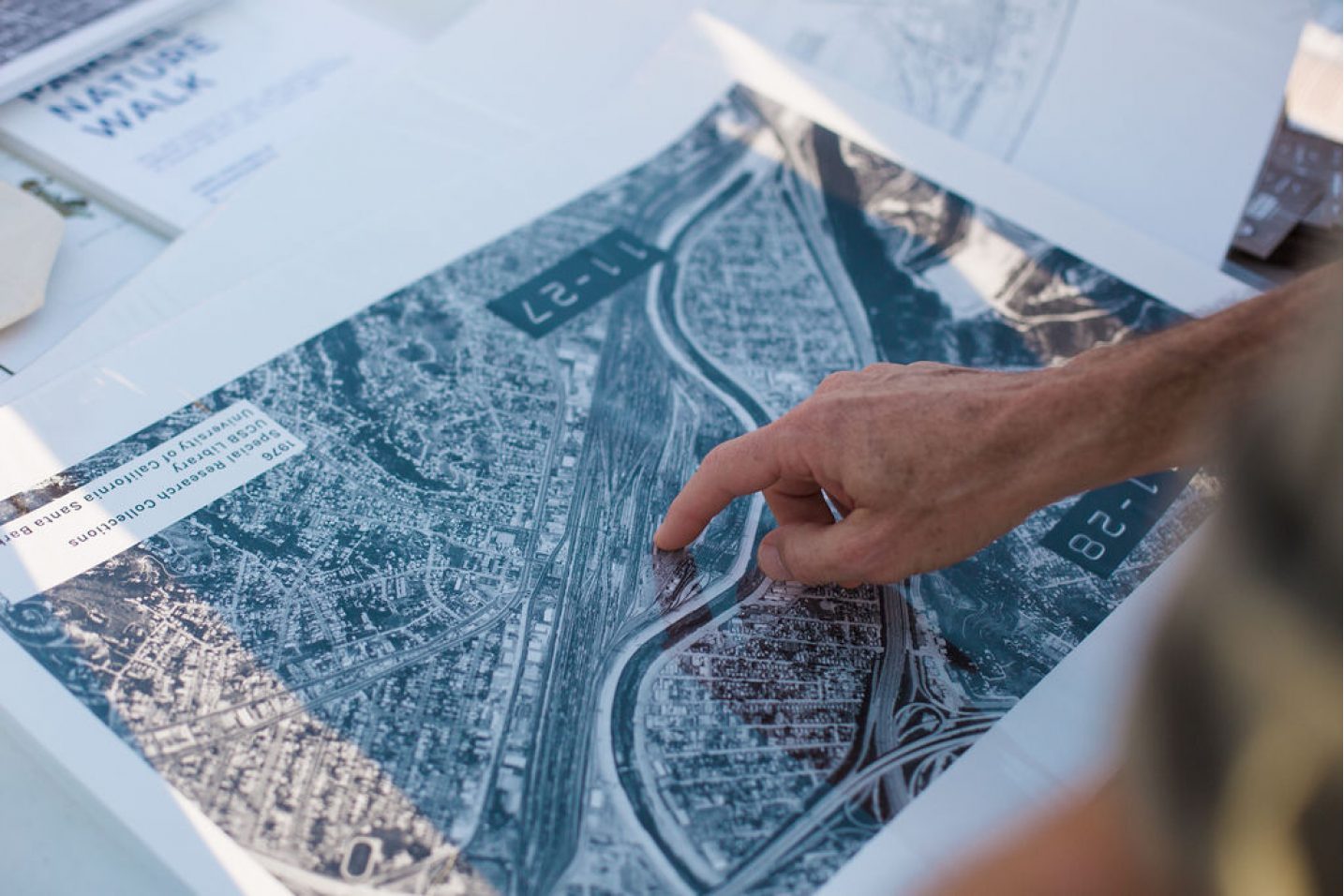 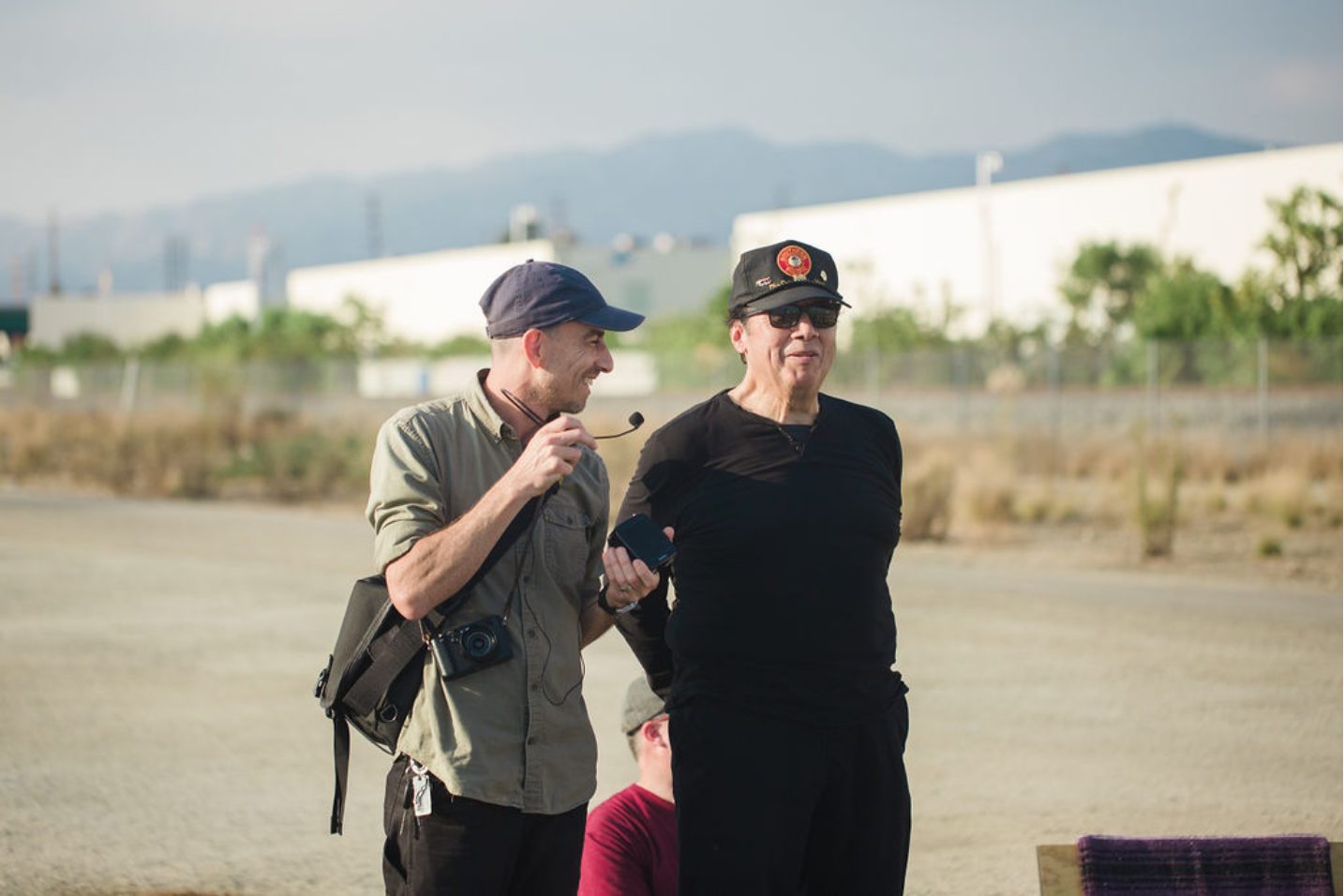 The Bowtie lends itself to a wide variety of activities. On this tour, we will explore some of the historical and present-day uses of this dynamic site. Bowtie artist Beatriz Cortez will talk about the construction and installation of her site-responsive sculpture, Tzolk’in (currently on view); CA State Parks interpretive specialist Luis Rincon will describe the flora and fauna that pass through the Bowtie; and former Southern Pacific Railroad employee Bob Ramírez will share stories about his time working at the site when it was a bustling train maintenance yard.

First time to the Bowtie? Check out our Bowtie FAQ.

Bob Ramírez was raised in the northeast area of Los Angeles where he remains today. He was hired as an electrician apprentice by Southern Pacific Railroad in 1963. Two years later he left to serve in the Air Force for four years. After his service, Bob returned to Southern Pacific at Taylor Yard as an electrician and was soon promoted to senior electrical instructor. In 1988, Bob was elected general chairman of the electrical workers, the first Latino in this post. His duties included negotiations with Union Pacific Railroad that ultimately closed Taylor Yard and relocated electricians to Colton, City of Commerce and Long Beach. Bob retired from the railroads in 2005 but continues to be employed as a professor in the Community College District. In 1968 Bob married Caroline, the daughter of railroad machinist Raymond Valencia. They have two children: Heleen and Robert. Robert and his wife Patti have given them 4 fantastic grandchildren: Joey, Kya, Mateo and Alejandro.

Beatriz Cortez is a Los Angeles-based artist and scholar. She was born in El Salvador and has lived in the United States since 1989. Her work explores simultaneity, life in different temporalities and different versions of modernity, particularly in relation to memory and loss in the aftermath of war and the experience of migration, and in relation to imagining possible futures. She has exhibited her work nationally in Los Angeles, San Francisco, Texas, Washington, D.C., New York, Minneapolis, and Miami, and internationally in El Salvador, Costa Rica, Guatemala, Ecuador, and China. She has received the 2018 Rema Hort Mann Foundation Fellowship for Emerging Artists, the 2017 Artist Community Engagement Grant, and the 2016 California Community Foundation Fellowship for Visual Artists. She holds an M.F.A. from the California Institute of the Arts, and Ph.D. in Latin American literature from Arizona State University. She teaches in the Department of Central American Studies at California State University, Northridge.

Luis Rincon is an interpretive specialist and community engagement specialist at California State Parks. He credits his early love of the outdoors to fishing trips with his father. To this day, Rincon loves to fish, and has led several catch-and-release workshops throughout the California State Parks system, including many workshops at the Bowtie. Rincon is an LA native, born and raised in El Sereno. He is passionate about connecting urban communities to open spaces in the city.