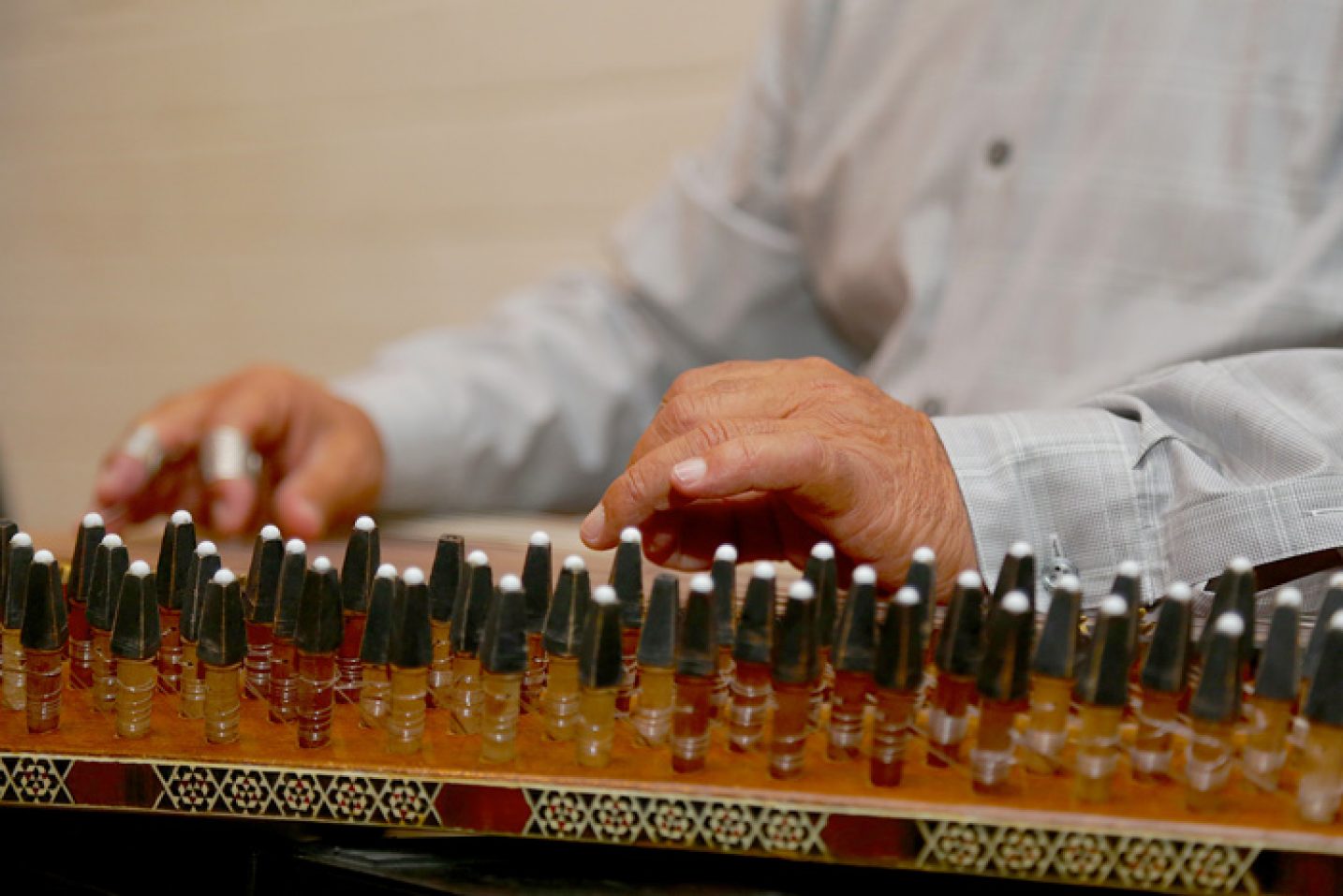 Weekend 3 of Kan Ya Ma Kan 2015 will focus on Morocco.  Moroccan dinner menu by Kitty Morse and prepared by David Thorne of elysian. Havdalah service led by Rabbi Ruth Sohn and music by Henry Azra.

Menu for the evening / subject to change

*Alcohol is not included in the ticket price. Bar will be open, alcohol available for purchase. Refunds available up to 72 hours in advance of the event.

Henry Azra is a Los Angeles-based classical Moroccan-Jewish musician originally from Casablanca. Henry Azra is the son of the renowned international Kanunist, Salim Azra, Salim Azra was a favorite to King Mohammad V and was regularly asked to play at the King’s Royal Palace. Following in his late father’s footsteps, Henry is famously known for playing the Kanun, and has been an integral part of many Mizrahi musical ensembles from Montreal to Los Angeles.

Kitty Morse was born in Casablanca, Morocco, of a French mother and British father, and emigrated to the United States at the age of seventeen to attend college. Her career as a cooking teacher, food and travel writer, and public speaker spans more than twenty-five years. Kitty has been a guest on radio and television nationwide. One the highlights of her career was to cook alongside Julia Child for a culinary benefit.  From 1983 to 2007, Kitty organized and led  an annual gastronomic tour to Morocco that included culinary demonstrations in her family home, a Moorish riad south of Casablanca. She is the author of a memoir and nine cookbooks, five of them on the cuisine of Morocco and North Africa.

Rabbi Ruth H. Sohn is an experienced teacher of Jewish meditation and spirituality, including Hasidic texts and thought. A rabbi of over 30 years, she teaches and directs a mentoring program for rabbinical students at HUC-JIR in Los Angeles and her  articles, Biblical commentary, midrash, and poetry have appeared in various anthologies and periodicals. In her recently published book, Crossing Cairo: A Jewish Woman’s Encounter with Egypt, Rabbi Sohn shares her compelling personal story of living in Egypt with her family, and explores the question of what it means to genuinely listen to the “Other’s” narrative and use it as a lens for examining one’s own.