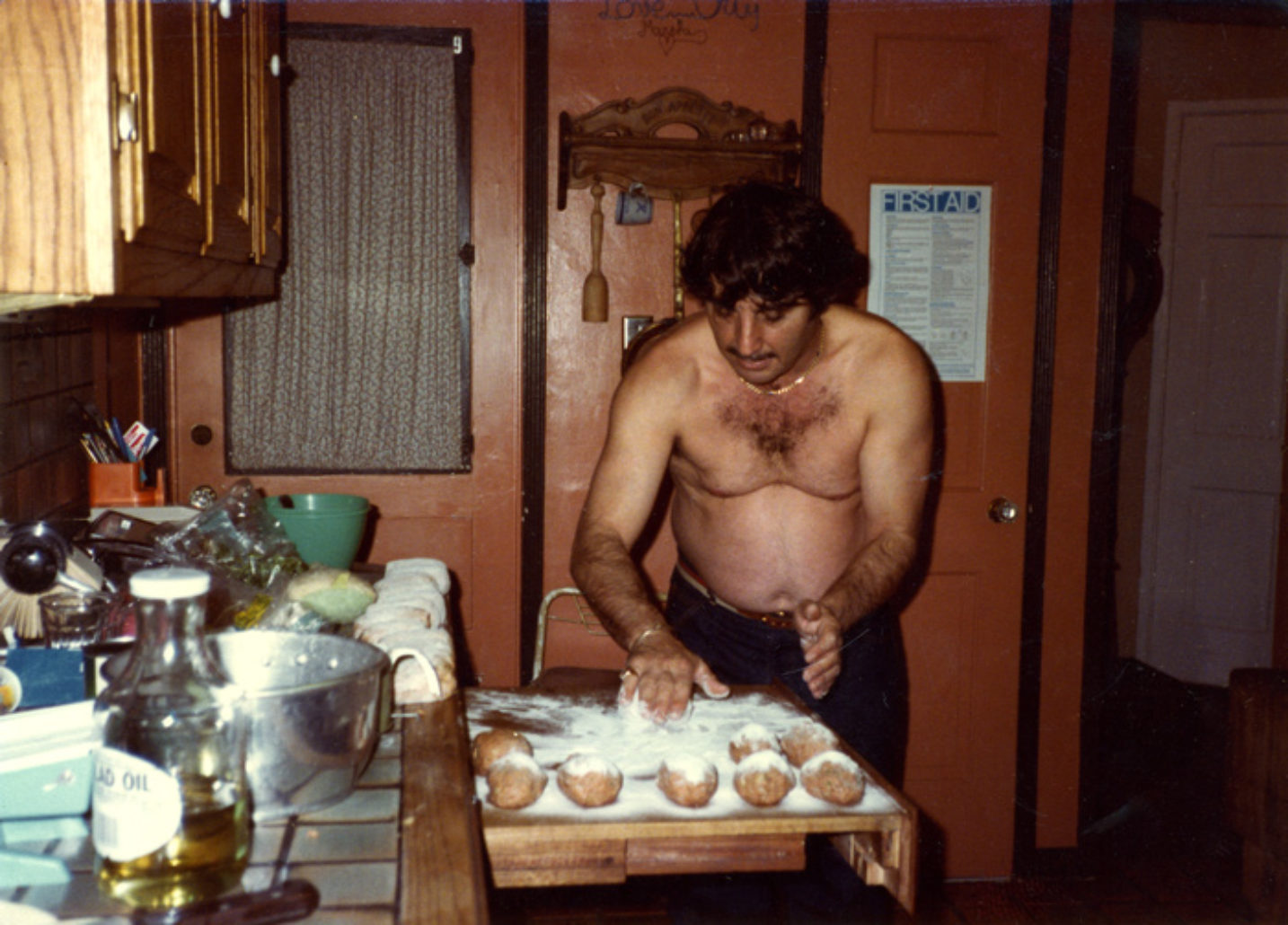 Artist Orly Olivier will prepare and cook a Jewish-Tunisian hybrid meal. Sarah Abrevaya Stein will share her research and experiences looking for Jewish historical sites in Algeria and Chris Silver will spin records from his collection of Jewish musicians and singers from Morocco, Tunisia and Algeria.

Orly Olivier is a multi disciplinary artist. Her project Petit Takett is a tribute to her familyʼs heritage and their crazy love for food. Petit Takett uses food and storytelling as medium for sharing cultural and religious traditions in a way that gives access to all. Takett’s was the name of her paternal grandmother’s restaurant in La Goulette, Tunisia. Orly reinvents recipes passed down to her and shares them on both her blog and via dinner experiences at pop-ups in Los Angeles.

Sarah Abrevaya Stein is the Vice Chair for Undergraduate Affairs of the Department of History at UCLA. Her scholarship has ranged across the Yiddish and Ladino speaking diasporas and the British and French imperial, Russian, American, Ottoman and wider Mediterranean, Middle Eastern, and North African settings, but is always engaged with the reasons for and manifestations of Jewish cultural diversity in the modern period. An elected member of the American Academy for Jewish Research, Stein is the author of Saharan Jews and the Fate of French Algeria(University of Chicago Press, 2014) and Plumes: Ostrich Feathers, Jews, and a Lost World of Global Commerce (Yale University Press, 2008). She is also the winner of the Sami Rohr Prize for Jewish Literature. Stein is the co-editor, with Julia Phillips Cohen, of Sephardi Lives: A Documentary History, 1700-1950 (Stanford University Press, 2014), and, with Aron Rodrigue, of A Jewish Voice from Ottoman Salonica: The Ladino Memoir of Sa’adi Besalel a-Levi(Stanford University Press, 2012). She received her A.B. from Brown University in 1993 and her doctorate from Stanford University in 1999.

Chris Silver is a PhD student in the History Department at UCLA. His work focuses on the outsized role played by Jews in the North African music scene in the first half of the twentieth century. He also curates the popular blog “Jewish Morocco”. He formerly served as Acting Director of the Inter-Agency Task Force on Israeli Arab Issues based at the Joint Distribution Committee. In the past, he has lived and worked in Morocco, Egypt, and Israel. Chris holds a BA in Middle Eastern Studies from UC Berkeley.