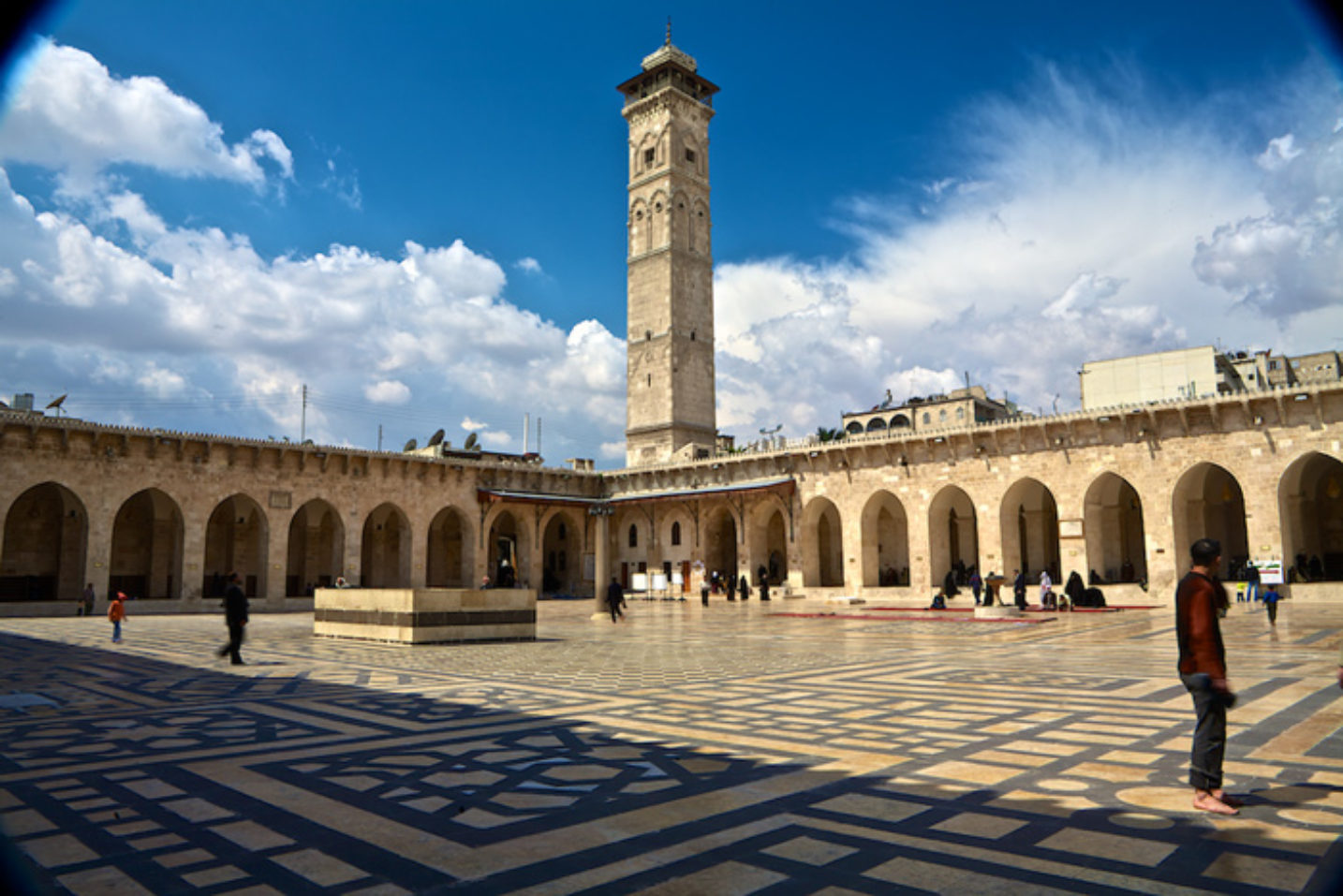 Jason Hamacher and Abraham Marcus will present “A Brief History of Aleppo,” a conversation about Aleppo’s ancient Jewish sites and endangered liturgical music.

Jason Hamacher is an internationally recognized musician, photographer, and writer. He is the founder and director of Lost Origin Productions, a Washington D.C. based multimedia company. From 2005-2010, Hamacher was granted unprecedented access to the Syrian city of Aleppo. Hamacher is the only westerner to have been granted access by the Syrian regime to photograph historic Jewish sites in Syria. His forthcoming book, Aleppo, Syria: Witness to an Ancient Legacy, is a collection of photographs documenting the city. He created the Lost Origin Sound Series to introduce his musical archives to the world. His latest series, Sacred Voices of Syria, showcases the beauty of Syria’s endangered ancient Sufi, Armenian, Syriac, and Chaldean chant traditions.Hamacher has worked on several projects in Syria with Smithsonian Folkways, Yale Institute of Sacred Music and the Sephardic Heritage Museum. His efforts have been featured on national and international media outlets including NPR’s Fresh Air with Terry Gross & Interfaith Voices, Al Jazeera America News, the Washington Post, and Dubai’s Orient TV & Brownbook.

Abraham Marcus is an internationally renowned authority on the city of Aleppo. Born to parents who grew up in Aleppo, he has served as professor of history and director of the Center for Middle Eastern Studies at the University of Texas at Austin. His many publications include The Middle East on the Eve of Modernity: Aleppo in the Eighteenth Century, which won the prestigious book award of the Middle East Studies Association and was published in Arabic in Syria. He is also the co-editor of three encyclopedias, including The Encyclopedia of Social History and the volume on Middle Eastern music in The Garland Encyclopedia of World Music. He is currently completing a comprehensive book on the history and culture of Aleppo’s Jews. His account draws on communal records and manuscripts as well as on a range of other primary sources that have not been explored yet, among them thousands of documents from the Syrian national archive and the Ottoman archive in Istanbul. He also carried out extensive fieldwork in Aleppo, documenting the synagogues, cemeteries, residential districts, and work places of the community, which made its final exodus from Syria in the 1990s.