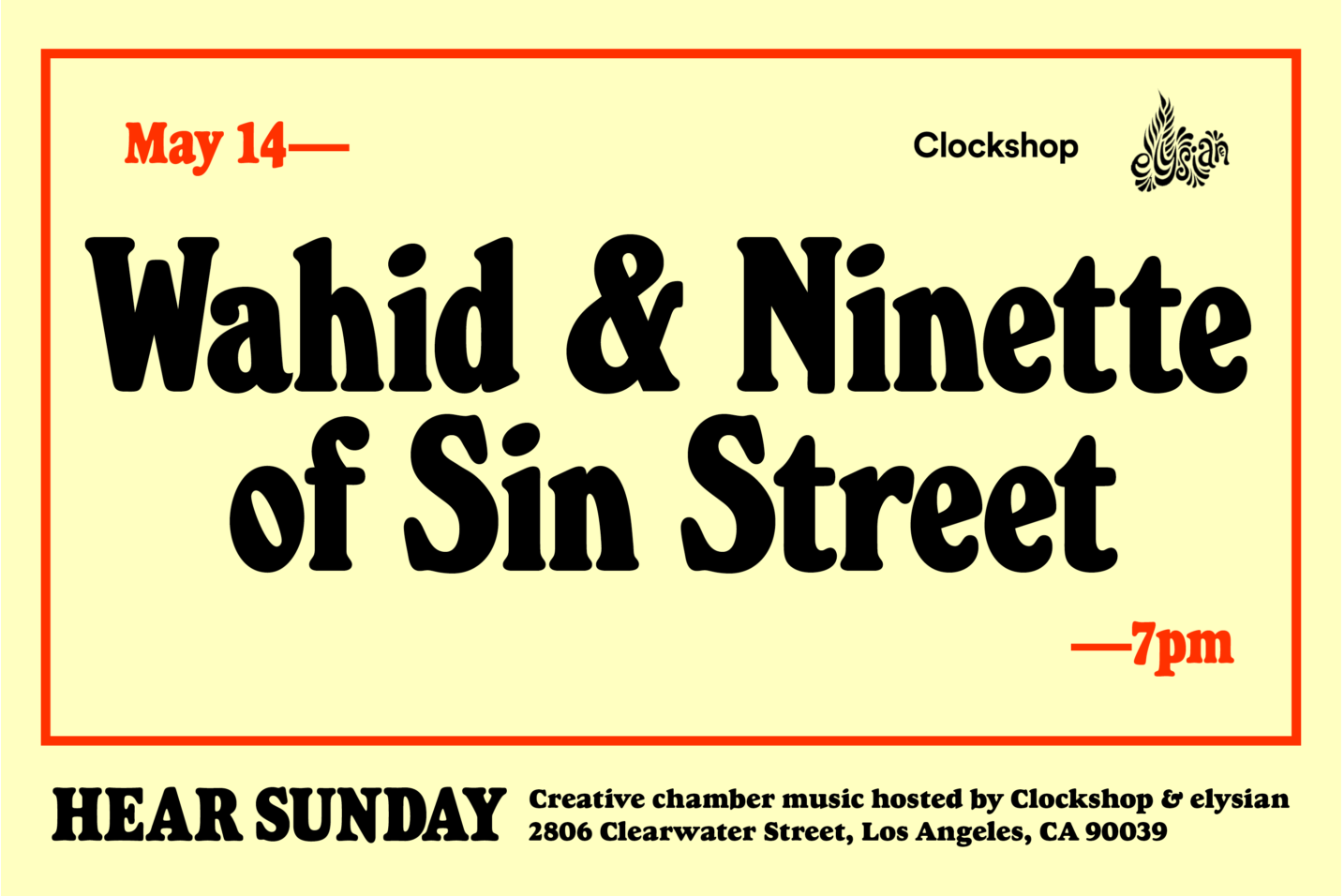 This month, Hear Sunday takes a literary turn as we welcome Lia Brozgal and Sarah Abrevaya Stein to join drum and oud duo Wahid for an evening of music and readings.

Brozgal and Stein’s newly released translation of the 1938 novella Ninette of Sin Street – one of the first works of Tunisian fiction in French – is both a classic rags-to-riches tale and a subtle, incisive critique of French colonialism. This volume offers the first English translation of Ottoman author Vitalis Danon’s best-known work. A selection of Danon’s letters and an editors’ introduction and notes provide context for this cornerstone of Judeo-Tunisian writing.

Wahid is a musical dialogue between Chris Wabich on frame drums and Dimitris Mahlis on oud, approaching composition and improvisation in a daring, genre-defying way. Both in his compositions and playing, Greek-born Mahlis skillfully draws from Greek, Persian, Carnatic, and Western jazz traditions; in his hands, the oud deftly transforms into a multi-dimensional stringed instrument echoing these traditions. Three-time Grammy nominee, Chris Wabich, created the world’s first bass frame drum set specifically for Wahid.  His unique setup conveys an extraordinary undercurrent of rhythm and bass harmonic function allowing the duo to create new sonic potential.  Together as Wahid, they create a sensitive language conveying the full-spectrum of human emotion and experience.

Lia Brozgal earned a BA in French from Chatham College and a PhD in Romance Languages and Literatures from Harvard University. Her research and teaching encompass a variety of topics in Francophone North African literature, culture, and history, as well as contemporary France. She is the author of Against Autobiography: Albert Memmi and the Production of Theory (U Nebraska Press, 2013); co-editor (with Sara Kippur) of Being Contemporary: French Literature, Culture and Politics Today (Liverpool UP, 2015); co-editor (with Sarah Stein) of Ninette of Sin Street (Stanford UP 2017); and author of essays on North African literature cinema, beur cultural productions, chronicles of the Holocaust in North Africa, and Judeo-Maghrebi literature and film. Her work has been recognized by the UC President’s Fellowships in the Humanities, the American Council of Learned Societies, and the Camargo Foundation.