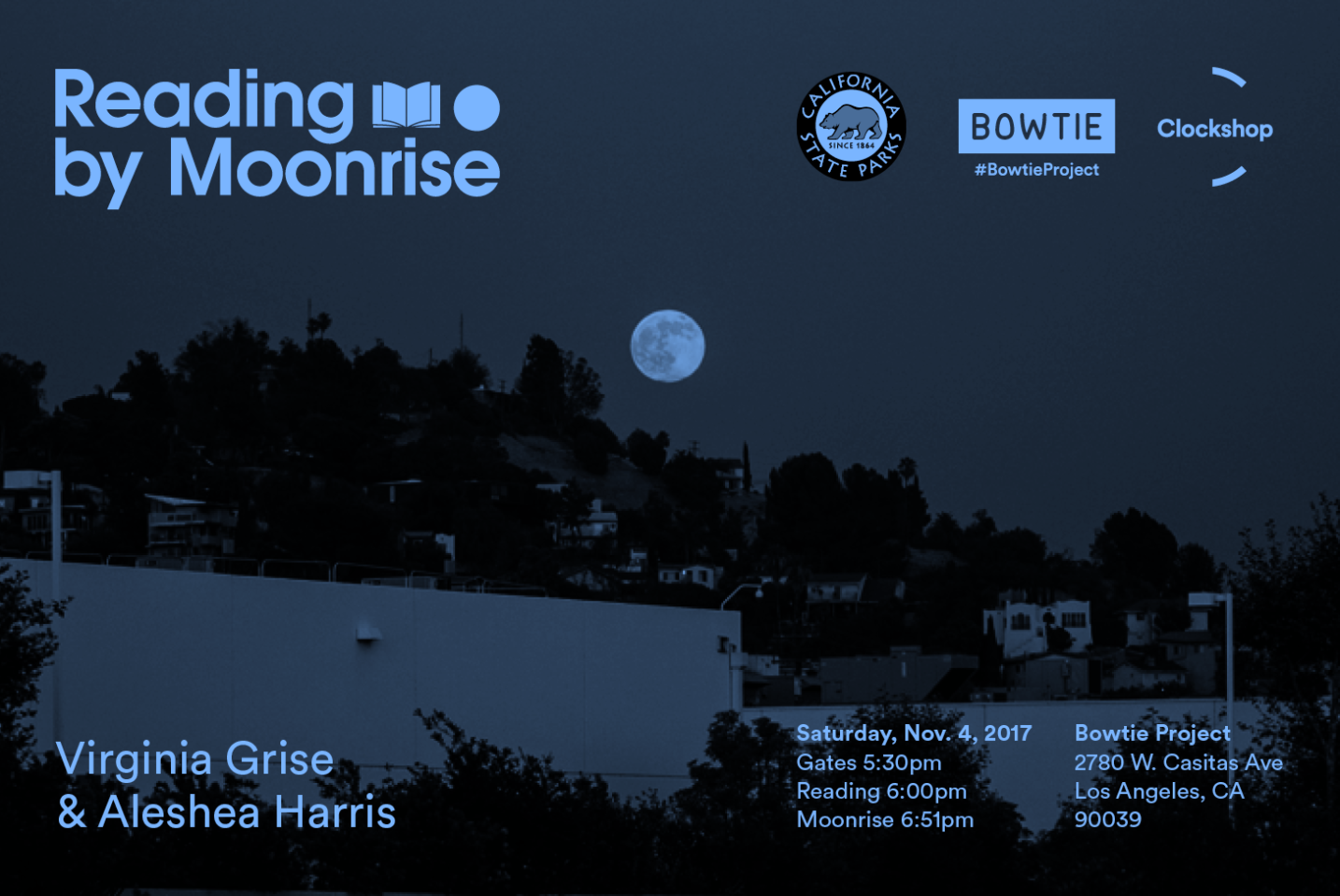 Join us at the Bowtie Project for an evening around the fire as the full moon rises over the LA River.

Guests are encouraged to bring picnic items and blankets. S’mores will be provided between readings, and books will be available for sale courtesy of Skylight Books. Some content may be inappropriate for children.

From panzas to prisons, from street theatre to large-scale multimedia performances, from princess to chafa – Virginia Grise writes plays that are set in bars without windows, barrio rooftops, and lesbian bedrooms. Her play blu was the winner of the 2010 Yale Drama Series Award and was recently published by Yale University Press. Her other published work includes The Panza Monologues co-written with Irma Mayorga (University of Texas Press) and an edited volume of Zapatista communiqués titled Conversations with Don Durito (Autonomedia Press). Virginia is a recipient of the Whiting Writers’ Award, the Princess Grace Award in Theatre Directing, the Playwrights’ Center’s Jerome Fellowship, the Loft Literary Center’s Spoken Word Fellowship, Pregones Theatre’s Asuncion Award for Queer Playwriting, and is a Time Warner Fellow Alum at the Women’s Project Theatre Lab. Her new performance manifesto titled Your Healing is Killing Me will be published by Plays Inverse Press in fall 2017.

Aleshea Harris’ work as a playwright and poet has been presented a number of places, including the Costume Shop at American Conservatory Theater, Playfest at Orlando Shakespeare Theater, VOXfest at Dartmouth, the Edinburgh Fringe Festival, La Comédie de Saint-Étienne-National Drama Center in France, the Skirball Center, The Theatre @ Boston Court, REDCAT and in the 2015 anthology, The BreakBeat Poets: New American Poetry in the Age of Hip-Hop. Harris is a MacDowell Fellow, Hedgebrook Alum and winner of the 2016 Relentless Award from the American Playwriting Foundation for her play, Is God Is.  Is God Is was published by 3 Hole Press in the spring of 2017 and will premiere off-Broadway in early 2018.

First time to the Bowtie? Get directions and review FAQ here.

First time to the Bowtie? Visit our FAQ page