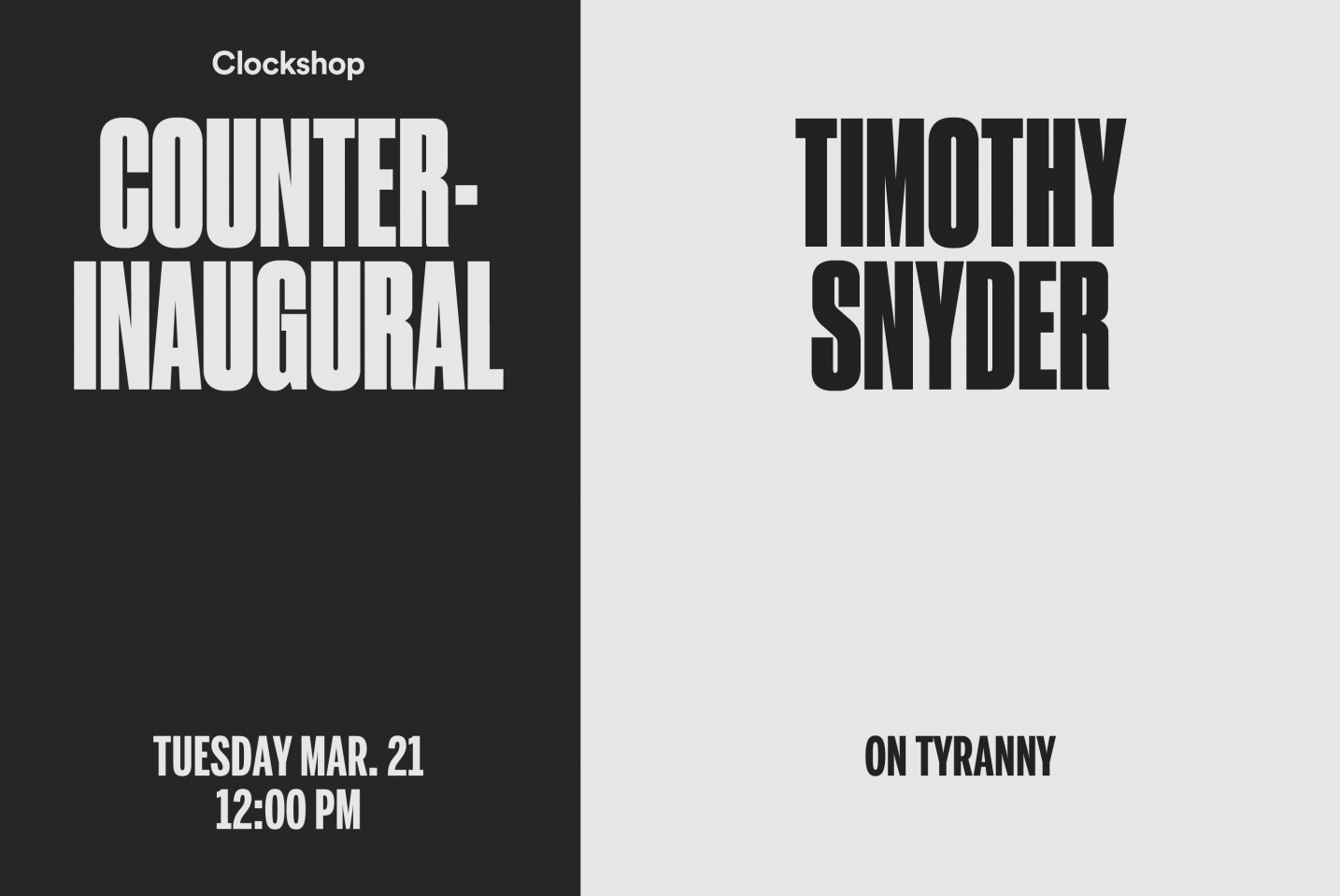 In his book, Snyder offers readers a guide to identifying and understanding the frightening parallels that exist between our current reality and the reality faced by Europeans of the twentieth century during the Third Reich. The Washington Post writes, “On Tyranny is a slim book that fits alongside your pocket Constitution and feels only slightly less vital. Steeped in the history of interwar Germany and the horrors that followed, Snyder still writes with bracing immediacy, providing 20 plain and mostly actionable lessons on preventing, or at least forestalling, the repression of lives and minds.”

This event is part of Clockshop’s Counter-Inaugural, a series of talks addressing local and national politics through a cultural lens.

Timothy Snyder is one of the leading American historians and public intellectuals. He is the Housum Professor of History at Yale University and a permanent fellow at the Institute for Human Sciences in Vienna. He received his doctorate from the University of Oxford in 1997, where he was a British Marshall Scholar. Before joining the faculty at Yale in 2001, he held fellowships in Paris, Vienna, and Warsaw, and an Academy Scholarship at Harvard. Among his publications are six single-authored award-winning books, all of which have been translated: Nationalism, Marxism, and Modern Central Europe: A Biography of Kazimierz Kelles-Krauz (1998, second edition 2016); The Reconstruction of Nations: Poland, Ukraine, Lithuania, Belarus, 1659-1999 (2003); Sketches from a Secret War: A Polish Artist’s Mission to Liberate Soviet Ukraine (2005); The Red Prince: The Secret Lives of a Habsburg Archduke (2008); and Bloodlands: Europe Between Hitler and Stalin (2010). Bloodlands won twelve awards including the Emerson Prize in the Humanities, a Literature Award from the American Academy of Arts and Letters, the Leipzig Award for European Understanding, and the Hannah Arendt Prize in Political Thought.