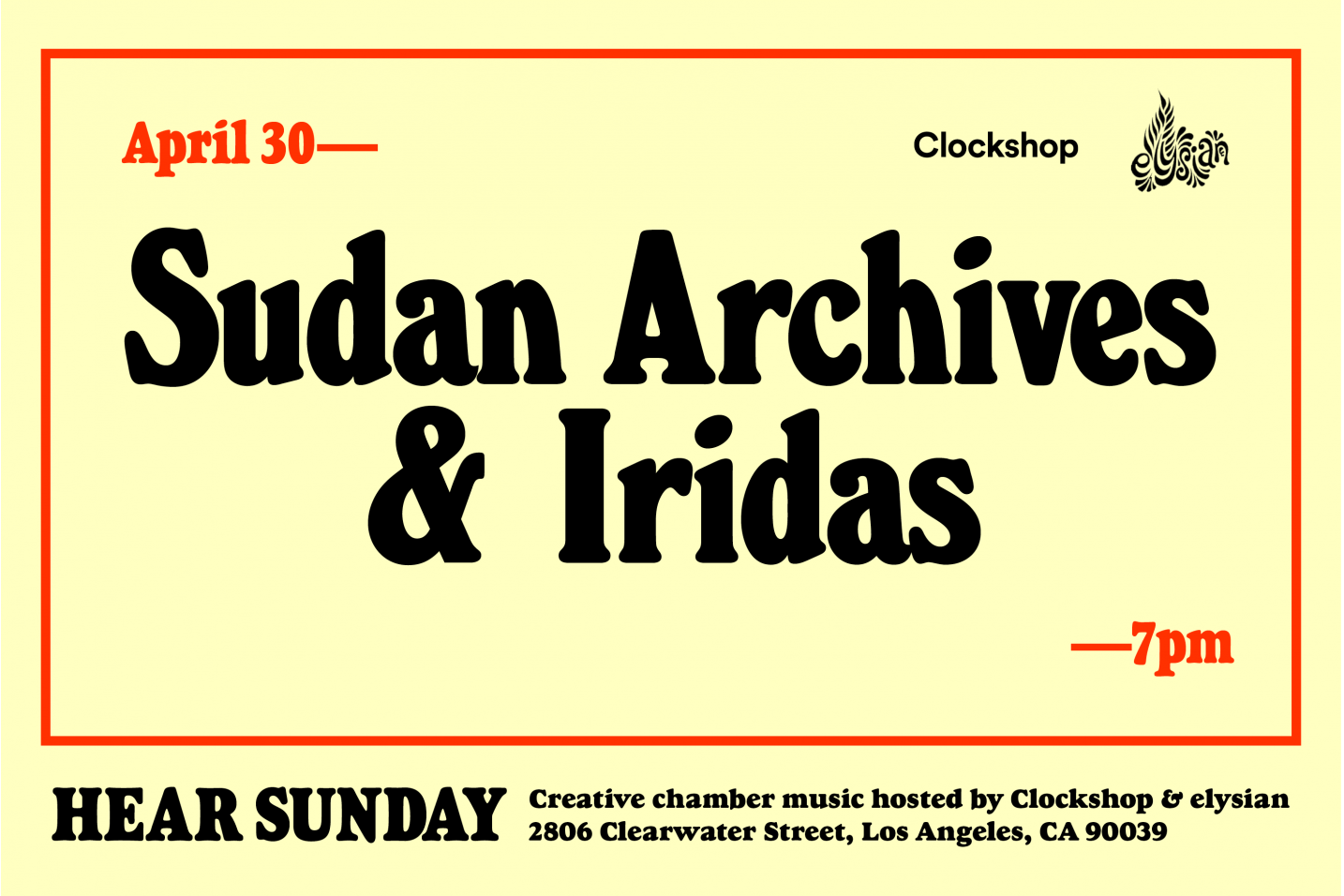 Sudan Archives is a 22 year-old self-taught violinist/vocalist who writes, plays, and produces her own music.

Originally from Cincinnati, she now lives in Los Angeles where she is working on her debut album for Stones Throw.

Presenting a unique blend of electronica, rock, jazz, and contemporary classical music, Iridas is shaping the Electro-Chamber music genre. Iridas was formed in 2015 by composer, producer and instrumentalist Matt Smith. Matt met key members Sean Lyons and Megan Shung at the Cleveland Institute of Music while pursuing classical musical training. Pierre Derycz, the most recent member to join the group, met Megan during their training at the Colburn School. The young musicians seek to find a meaningful interface between pop and classical music, performing as an ensemble that is one part classical piano quartet, one part rock band, with a dash of live electronic dance music.