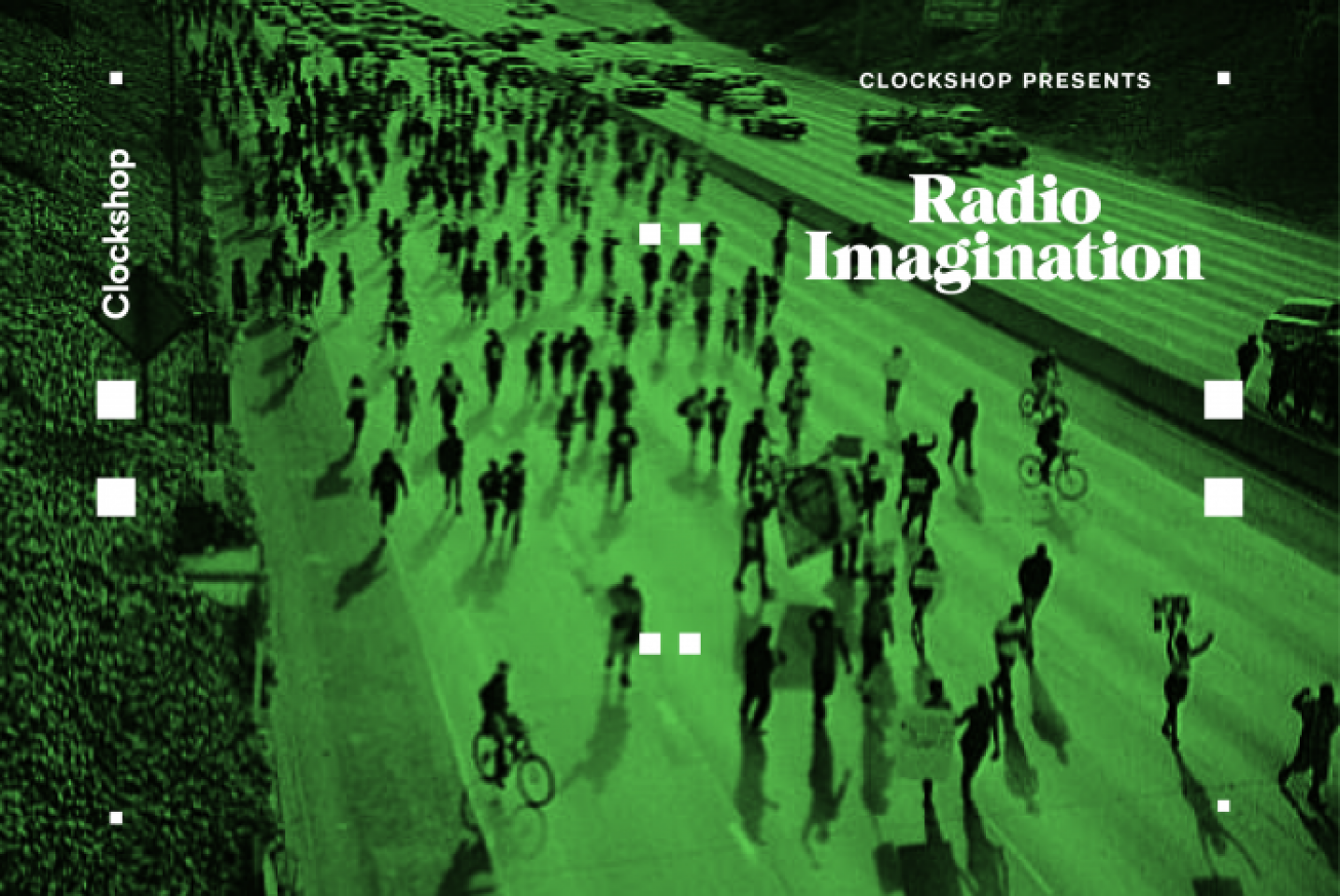 Award winning writers Steven Barnes, Lisa Bolekaja, and Tananarive Due will join in an intimate conversation on the relationship between activism, science fiction, and the work of Octavia E. Butler.

The event will open with a reading by poet Thea Monyeé performing a set inspired by Butler’s work.  Hosted by Charles Reese.

This event is presented by the Jackie Robinson Arts & Humanities Lecture Series at Pasadena City College in partnership with Clockshop, and will close out the 2015- 2016 season. Shaping the Universe is part of Clockshop’s Radio Imagination, a year long series of programs and artist commissions exploring the legacy of Octavia E. Butler.

Steven Barnes is a New York Times novelist, screenwriter, writing instructor, and life coach. He has published more than 25 science fiction, fantasy, and horror novels and is a Hugo, Nebula, and CableACE Award nominee. With his wife and creative partner Tananarive Due, Barnes is the co-author of the NAACP Image Award-winning Tennyson Hardwick mystery series. He won an Emmy for his modern classic “A Stitch in Time” episode of Showtime’s The Outer Limits, and has written for many television series, including The New Twilight Zone, Stargate, Andromeda, Ben 10, The Wizard, and The Real Ghostbusters. Barnes has lectured at UCLA and the NASA Jet Propulsion Laboratory, and been profiled in many magazines, newspapers, and radio shows.

Lisa Bolekaja is a graduate of the Clarion Science Fiction and Fantasy Writers’ Workshop and was named an Octavia E. Butler Scholar by the Carl Brandon Society. She co-hosts the screenwriting podcast Hilliard Guess’ Screenwriters Rant Room and is a staff writer for Bitch Flicks, an online feminist film review. Her work has appeared in Long Hidden: Speculative Fiction from the Margins of History (Crossed Genres Publications, 2014), The WisCon Chronicles: Volume 8 (Aqueduct Press, 2014) and the recent anthology, How to Live on Other Planets: A Handbook for Aspiring Aliens (Upper Rubber Boot Books, 2015).

Tananarive Due is an author, screenwriter, and educator, and a leading voice in black speculative fiction. The author of twelve novels and a civil rights memoir, Due is an American Book Award winner and a recipient of an NAACP Image Award. She is the former Chair of the Humanities at Spelman College (2012-2014) and currently teaches at UCLA and Antioch University. In 2010, she was inducted into the Medill School of Journalism Hall of Achievement at Northwestern University; in 2013, she received a Lifetime Achievement Award from the Congressional Black Caucus Foundation.

Thea Monyeé is a spoken word artist, speaker, and writer that has performed on HBO, BET, and TV One, and at the legendary Ford Amphitheater and House of Blues in Los Angeles. She has been featured on countless college tours, and commissioned to write poetry for the NAACP and other national organizations. Monyeé is a contributor to SayWordLA.org and a board member of the Mack McGhee Manhood Development Camp. She is the author of Murmurs of a MadWoman: An Unconventional Memoir (BalboaPress, 2013), and executive director of the spoken word stage play, The Mrs. & the Mistress. She is currently Coordinator of the Gender and Sexuality Resource Center and Interim Coordinator of the Pan African Student Resource Center at Cal State Los Angeles.

Charles Reese is a performance artist, author, educator, and architect for public engagement who works in theater, television, independent film, and micro web series. He is best known for his critically acclaimed Off-Broadway performance in James Baldwin: A Soul on Fire by the late playwright Howard B. Simon. Reese is editor of the playbook James Baldwin: A Soul on Fire (Glover Lane Press, 2011) and a contributor to James Baldwin: Challenging Authors (Sense Publishers, 2014). He is a program consultant for the Jackie Robinson Arts & Humanities Lecture Series at Pasadena City College, and was recently selected to present at the International James Baldwin Conference 2016 in Paris.