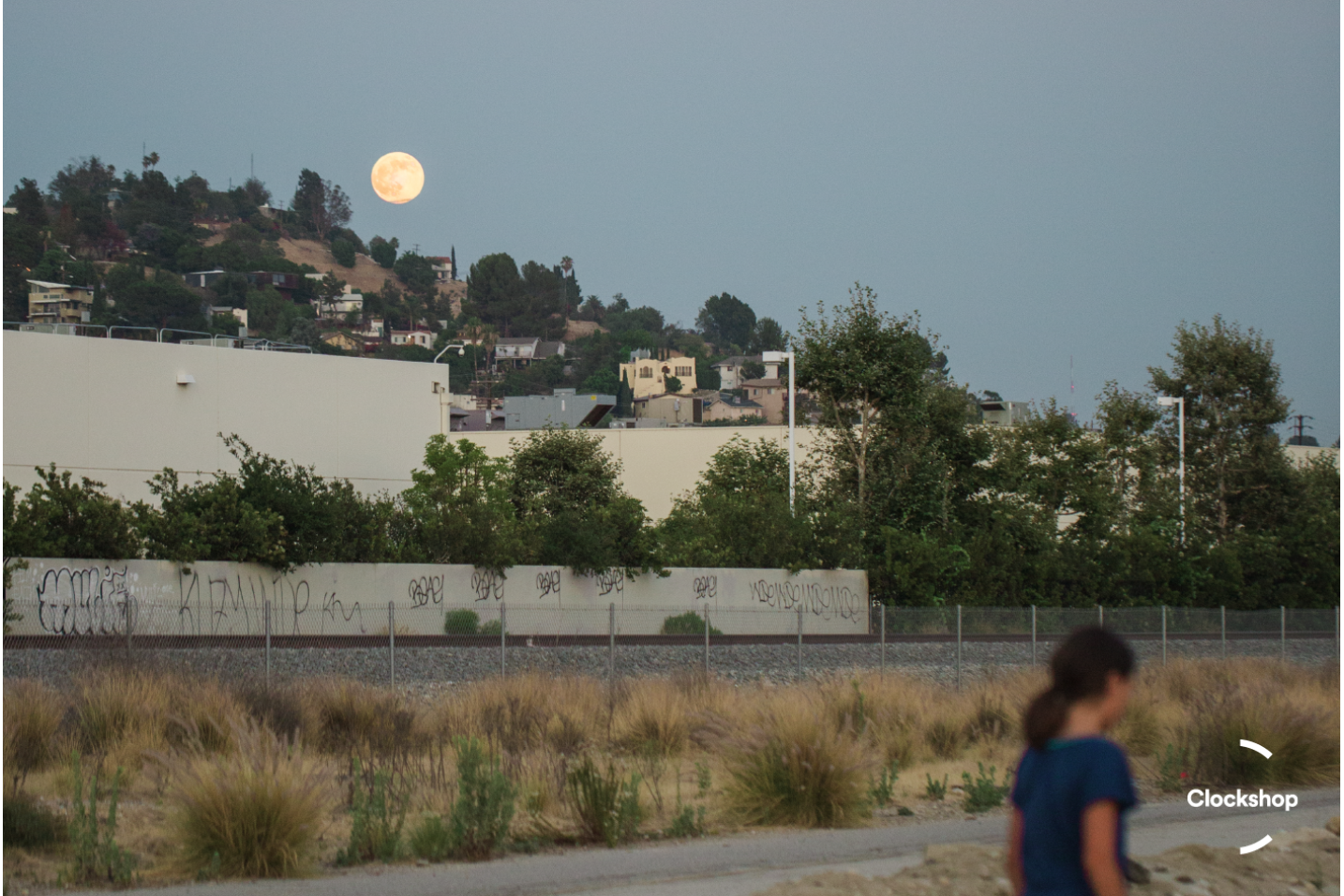 Come to the Bowtie Project for an evening around the fire as two Angelenx natives—best-selling novelist Janet Fitch and poet Xochitl-Julisa Bermejo—read new and favorite works while the moon rises over the Los Angeles River.

Guests are encouraged to bring picnic items and blankets. S’mores will be provided between readings. Reading by Moonrise is a quarterly fireside reading series held at the Bowtie Project on the eve of the full moon. This Reading By Moonrise was curated by Louise Steinman.

Janet Fitch is the best-selling author of White Oleander, an Oprah book club selection, translated into 28 languages and made into a feature film, and Paint It Black, also widely translated and made into a film directed by Amber Tamblyn. Her recent novels The Revolution of Marina M. and Chimes of a Lost Cathedraltell the story of poet Marina Makarova and her journey through the Russian Revolution. Fitch’s short stories and essays have appeared in anthologies and journals such as Los Angeles Noir, Black Clock, Room of One’s Own, The Los Angeles Timesandthe Los Angeles Review of Books. She teaches creative writing at the Squaw Valley Community of Writers.

Xochitl-Julisa Bermejo is the daughter of Mexican immigrants and the author of Posada: Offerings of Witness and Refuge(Sundress Publications 2016). A former Steinbeck Fellow, Poets & Writers California Writers Exchange winner, and Barbara Deming Memorial Fund grantee, she’s received residencies from Hedgebrook, Ragdale, National Parks Arts Foundation and Poetry Foundation. A Macondo Writers’ Workshop member, she has work published in Acentos Review, CALYX, crazyhorse, and American Poetry Review among others. A dramatization of her poem “Our Lady of the Water Gallons,” directed by Jesús Salvador Treviño, can be viewed at latinopia.com. She is a cofounder of Women Who Submitand a creative writing instructor with UCLA Extension.