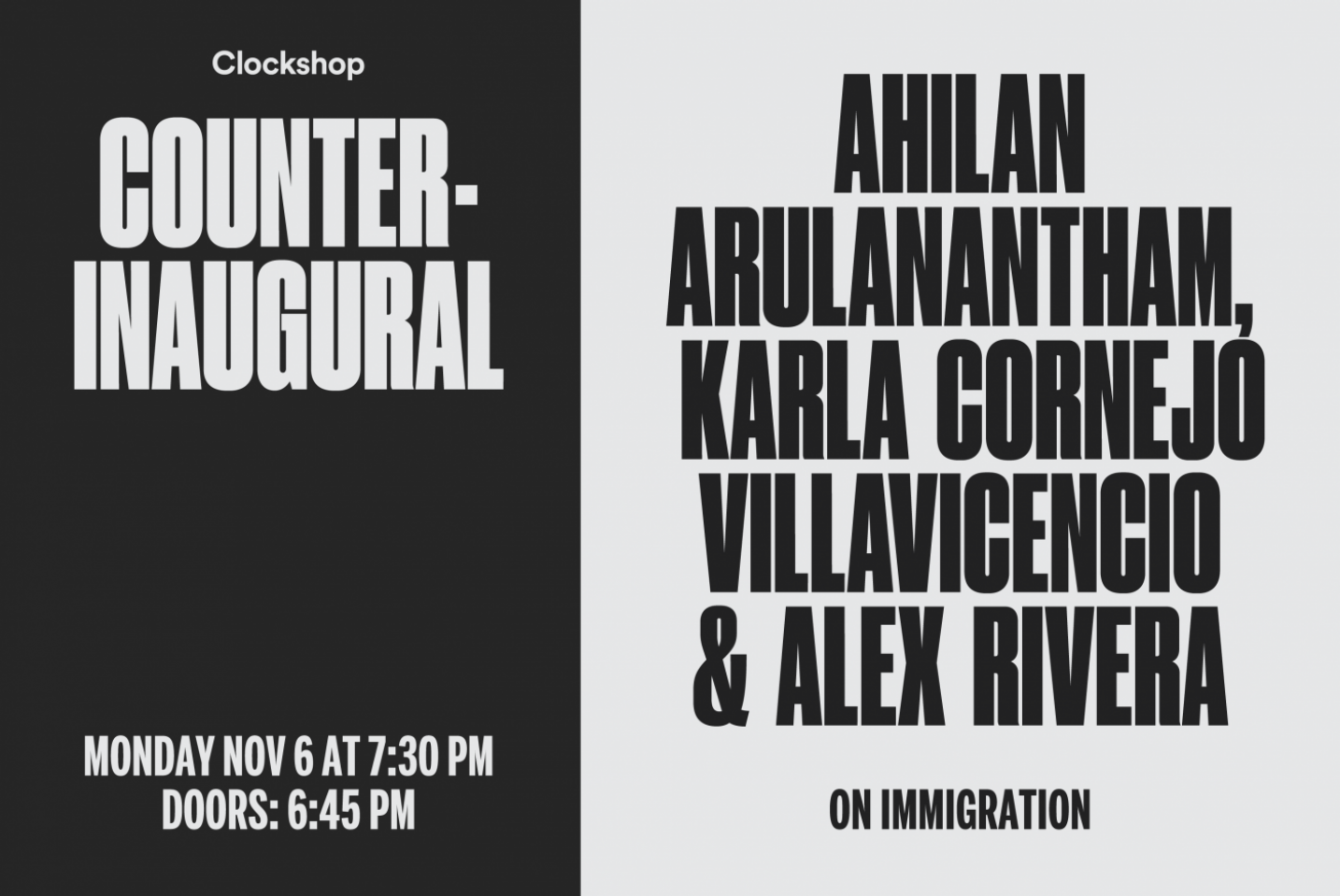 In January 2017, in the wake of the 2016 presidential election, Clockshop launched Counter-Inaugural, a series of talks addressing local and national politics through a cultural lens. A year after the election, we are presenting our last talk in this series.

Ahilan Arulanantham is director of advocacy/legal director at the ACLU of Southern California. During his tenure at ACLU SoCal, he has successfully litigated several landmark cases, including Nadarajah v. Gonzales, the first Ninth Circuit case establishing limits on the government’s power to detain immigrants as national security threats; Rodriguez v. Robbins, which required the government to provide bond hearings to thousands of immigration detainees; and Franco v. Holder, the first case to establish a right to appointed legal representation for any group of immigrants facing deportation, which required the federal government to provide legal representation to mentally ill immigrants. In 2016, Ahilan was awarded a MacArthur Foundation fellowship.

Karla Cornejo Villavicencio has written about immigration, music, health and culture for The New York Times, The New Republic, n+1, and The New Inquiry, among others. She is in the American Studies PhD program at Yale University and lives in New Haven.

Alex Rivera is a filmmaker who, for the past twenty years, has been telling new, urgent, and visually adventurous Latino stories. His first feature film, Sleep Dealer, a science-fiction feature set on the U.S./Mexico border, won awards at the Sundance Film Festival and the Berlin International Film Festival, was screened at the Museum of Modern Art, and had a commercial release in the U.S, France, Japan, and other countries.  Alex is a Sundance Fellow, Rockefeller Fellow, was The Rothschild Lecturer at Harvard University, and was named one of Variety Magazine’s “10 Directors to Watch. In 2015 Alex was awarded major support from the Surdna Foundation and the Ford Foundation for his film-in-progress, ‘The Infiltrators,’ and he received an Art & Technology Lab Grant from LACMA, as well as support from Time Warner for an experimental project in virtual reality.  Other recent collaborations include a series of activist music videos produced by the National Day Laborer Organizing Network (NDLON) with artists including Manu Chao, La Santa Cecilia and Aloe Blacc, which have collectively received over 20 million views.