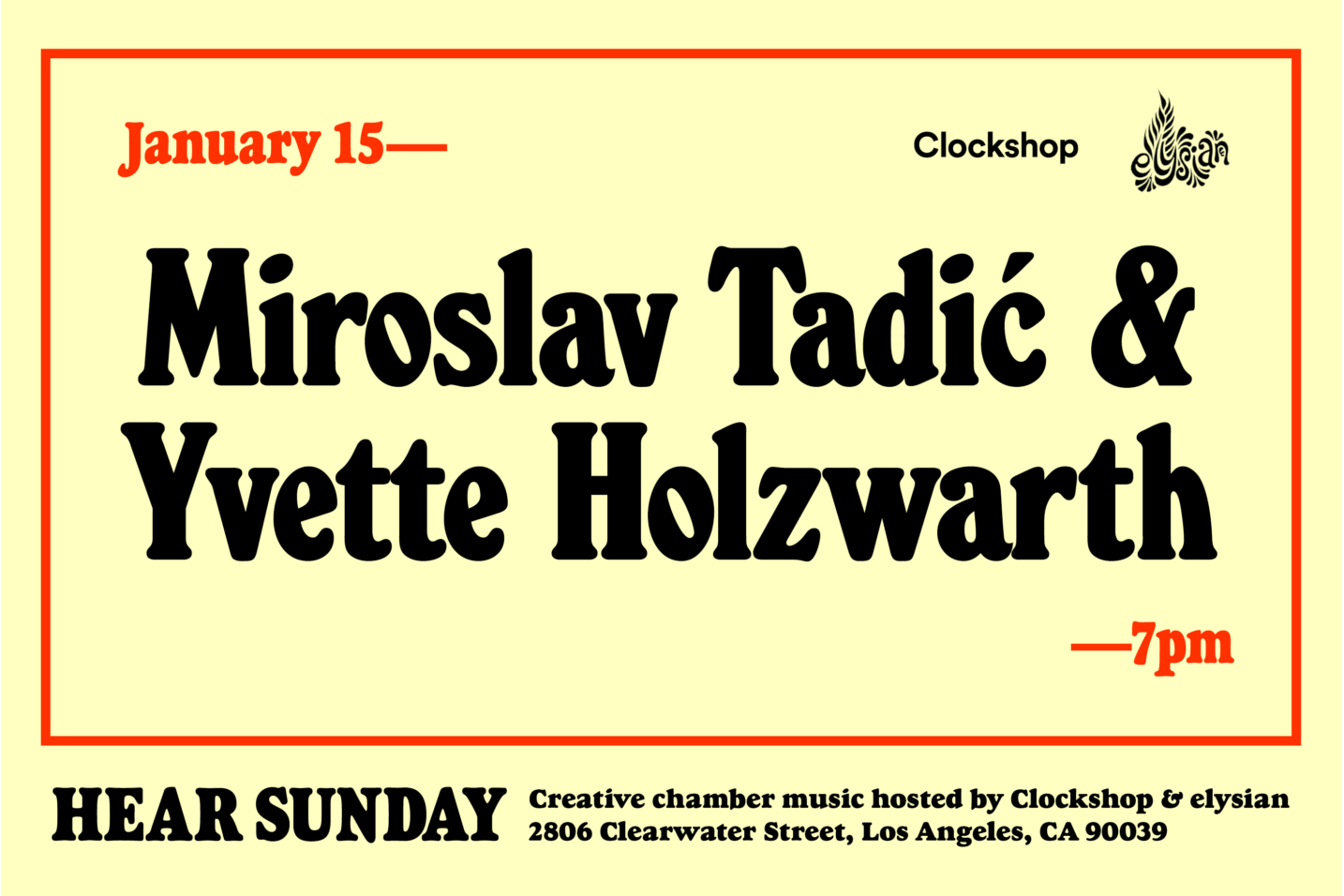 Guitarist, composer and improviser Miroslav Tadić has performed and recorded in a wide variety of settings and musical styles, ranging from music of the Baroque and Classical periods to blues, jazz, rock, and world music.

Yvette Cornelia Holzwarth is a violinist, vocalist, and composer based in Los Angeles. Classically trained in violin from an early age, she has broadened her playing to include Arabic, American folk, Hungarian, Balkan, experimental and improvisatory styles. As a violinist, Yvette has recorded and performed with Kamasi Washington, Van Dyke Parks, MESTO, Anenon, Dent May, and more. Holzwarth received a Bachelor’s in American Literature at UCLA and an MFA in Performance and Composition from CalArts; she combines her love for words and music in her original work.