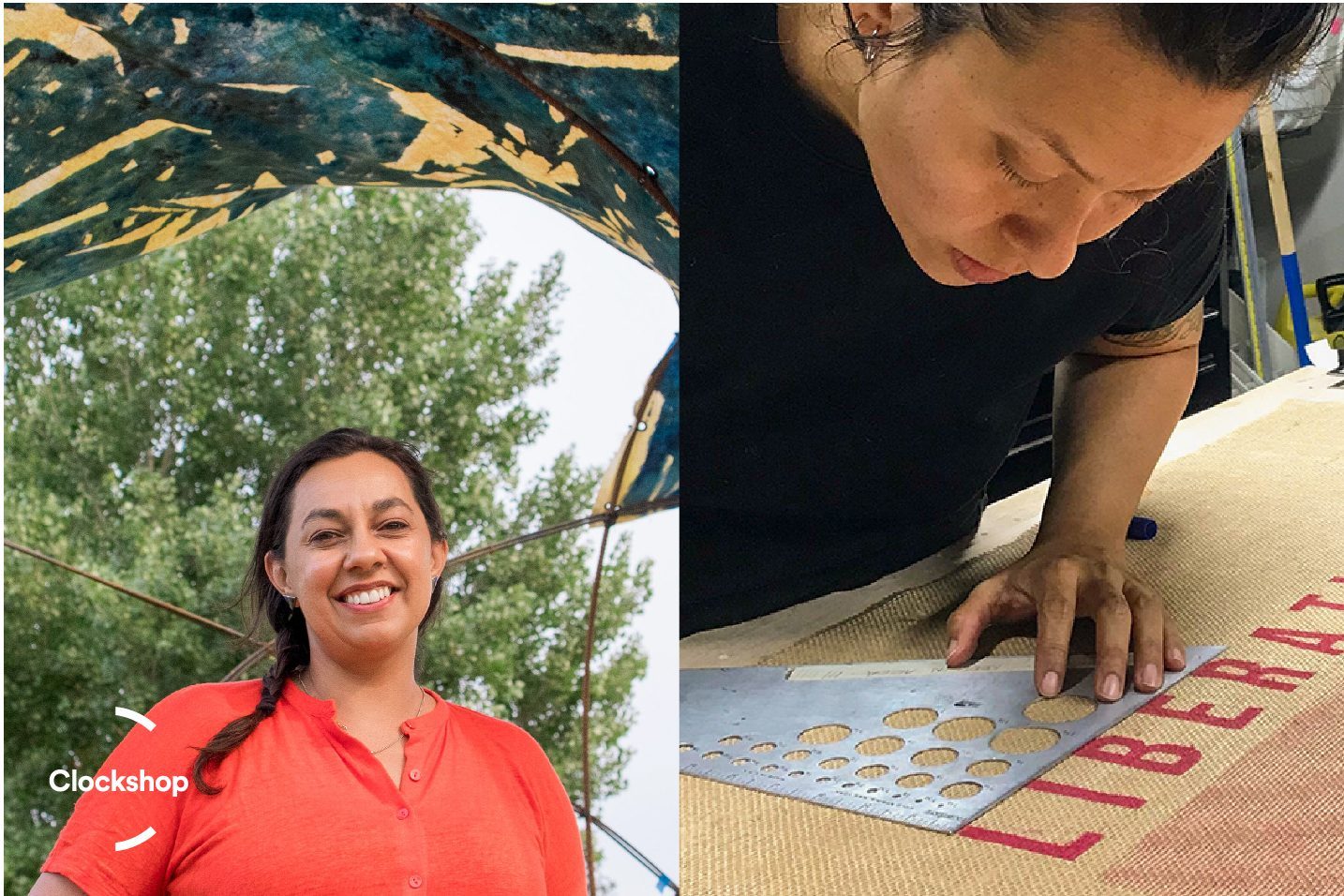 Join artist Mercedes Dorame and architectural designer Lilliana Castro for a conversation about their collaboration on Pulling the Sun Back – Xa’aa Peshii Nehiino Taamet.

Pulling the Sun Back – Xa’aa Peshii Nehiino Taamet is a site-specific installation by Mercedes Dorame inspired by the three elements of Tongva community structures, intertwining the traditional Tongva Kiiy (home), Shyee’evo (healing space), and Yovaar (ceremonial space). This structure imparts a cosmology of possibilities: how we interact as a communal collection of souls within new sites of meaning and re-imagining new futures rooted in the landscape of Tovaangar (Los Angeles). The movement between time and space creates a continuum of Native existence, highlighting vertical and spiraling pathways of existence throughout time, such as that between the land and sky. By engaging multi-planar sites of meaning, this project aims to break linear understandings of people, knowledge, space and time.

The artist’s practice is an expression of ceremonial intervention in collaboration with her ancestral lands, connecting to ancestral knowledge as a means of reconciliation and reclamation in order to build radically imagined futures.

In this project, Mercedes Dorame collaborated with architectural designer Lilliana Castro to create a structure that invites the viewer to orbit through layers of home, healing, and ceremony centering on an oculus aligning with the sun. Mercedes and Lilliana spent time with the land and environment of the park, orienting the structure in an open space with attention to the oak and sycamore trees, the sun, and city views, trying to encapsulate the layers of time and experience that exist in the space.

Focusing on the earth’s shift in regard to the sun, the Fall Equinox, and the Winter Solstice, Pulling the Sun Back – Xa’aa Peshii Nehiino Taamet examines the artists’ connection to cosmic timeframes and the ceremony behind them. In Tongva beliefs the Winter Solstice is not about focusing on being the shortest day of the year but rather on the phenomenon that on this day we pull the sun back into the sky, signaling the beginning of more light. This lens creates a space of positive potentialities and acknowledges the original caretakers of Los Angeles, the Tongva people, towards envisioning a more equitable future.

Map of project location within the park

This project is organized by Clockshop in partnership with California State Parks and is supported, in part, by the Los Angeles County Board of Supervisors through the Department of Arts and Culture, City of Los Angeles Department of Cultural Affairs, and California Arts Council. 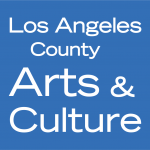 Mercedes Dorame calls on her Tongva ancestry to engage the problematics of visibility and ideas of cultural construction as an outcome of the need to tie one’s existence to the land. Dorame, born in Los Angeles, has shown her work internationally including a recent augmented reality project with LACMAxSnap inc., and she is currently part of exhibitions at the Getty Center, the Autry Museum, the Fowler Museum and the Begovich Gallery at Cal State Fullerton.  Dorame recently revived a Creative Capital Award in 2020 and was honored by UCLA as an outstanding alum of the last 100 years working in Equal Justice as part of the centennial initiative “UCLA: Our Stories Our Impact”.

Her writing has been featured in News From Native California and 580 Split and her artwork has been highlighted by PBS Newshour, Artforum, KCET Artbound, the New York Times, Art in America, Hyperallergic, KQED, Artsy, ARTnews, the Los Angeles Times, the SF Chronicle, among others.

Her work is part of the permanent collections of the Hammer Museum, San Francisco Museum of Modern Art, The Triton Museum, The Allen Memorial Art Museum, The de Saisset Museum, The Montblanc Foundation Collection, and The Phoebe A. Hearst Museum. She is currently visiting faculty at California Institute of the Arts and UCLA.

She received her MFA from the San Francisco Art Institute and her undergraduate degree from UCLA.

Lilliana Castro is a multi-disciplinary designer based in Los Angeles, California. As a feminist, lesbian, and activist with a grassroots and punk-rock approach, her design projects center around empowering Queer, Trans, Black, Indigenous and People of Color (QTBIPOC). Lilliana was born in San Salvador, El Salvador and immigrated to the U.S. in ‘89. Her design journey began at Pasadena City College (PCC), and graduated from the Southern California Institute of Architecture (SCI-Arc) in 2008. In 2010 she founded Archeffect Design, to unite her passion for graphic design and architecture, on the premise that the role of the designer is a facilitator rather than an expert. Lilliana prioritizes giving back to her community as part of her design journey through uplifting others. Her work has been experienced at the Architecture + Design Museum ‘Come In Les Femmes’, the Coachella Music & Arts Festival 2012, EDC Las Vegas 2013, Coachella Music & Arts Festival 2014, and most recently the 1st place award winner of the Yes to ADU Design Competition in Los Angeles to alleviate the humanitarian crisis of homelessness.