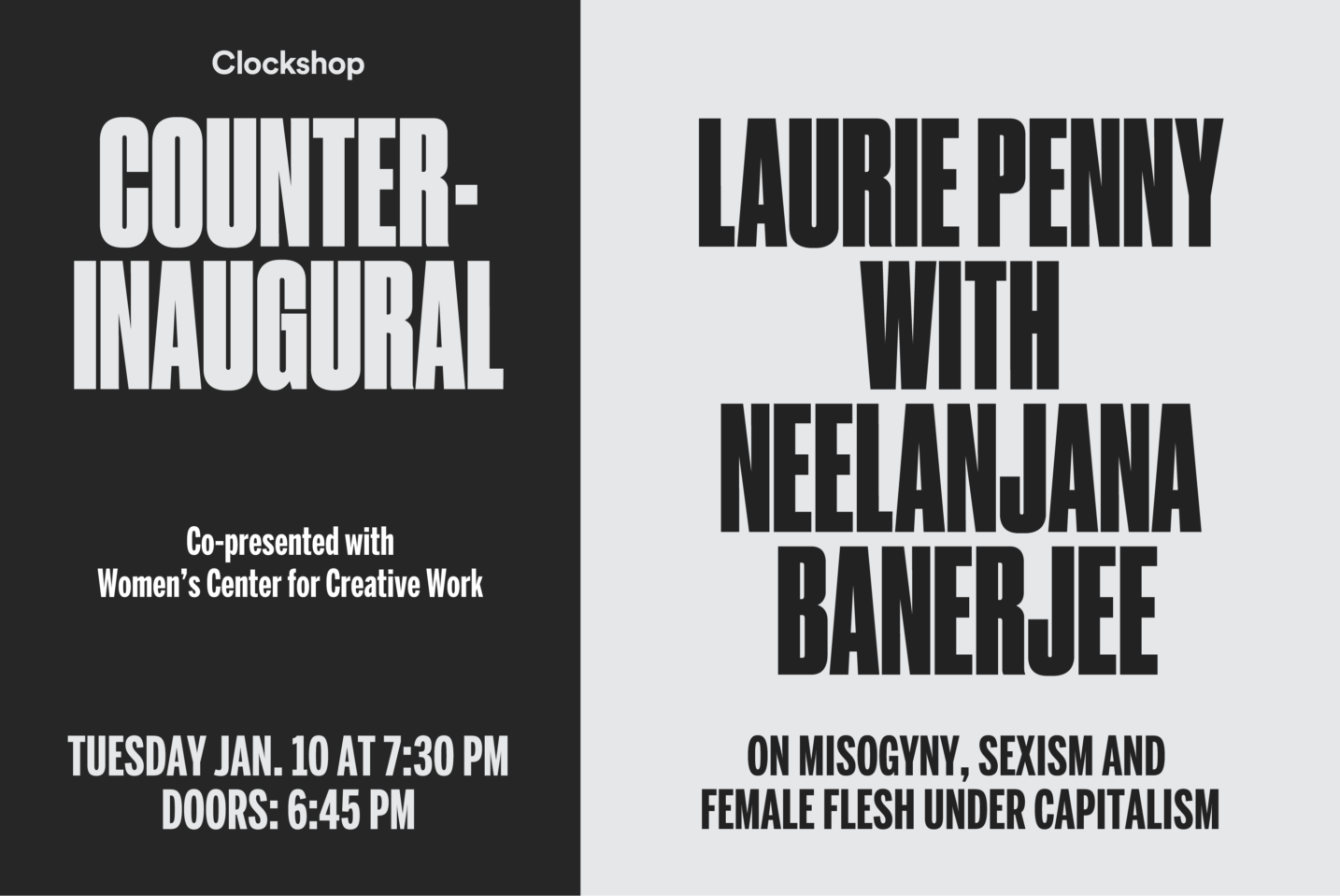 UK journalist Laurie Penny has been covering the 2016 presidential campaign through a feminist lens with dark wit and an eye toward her native country’s alarming Brexit vote last summer.

Penny will be joined in conversation by Neelanjana Banerjee, managing editor at Kaya Press, to discuss misogyny, sexism and female flesh under capitalism. This event is co-presented with Women’s Center for Creative Work.

Clockshop’s Counter-Inaugural is a series of talks addressing the misogyny, hate speech, and climate change denial that dominated the 2016 presidential campaign.

Laurie Penny is a journalist, feminist, geek, and author of five books including Everything Belongs to the Future (Tor.com 2016), Unspeakable Things (Bloomsbury 2014), Cybersexism (Bloomsbury 2013), and Meat Market (Zer0 2011). She is a Nieman Fellow at Harvard University and a contributing Editor at New Statesman. She writes and speaks on social justice, pop culture, gender issues, and digital politics for The Guardian, The New York Times, Vice, Salon, The Nation, The New Inquiry and other publications. Laurie Penny reported on the RNC in Cleveland in the summer of 2016.

Neelanjana Banerjee‘s writing has appeared in PANK Magazine, World Literature Today, Prairie Schooner, The Rumpus and many other places. She is Managing Editor for Kaya Press, an independent press dedicated to Asian diasporic literature, and teaches writing at UCLA and with Writing Workshops Los Angeles.