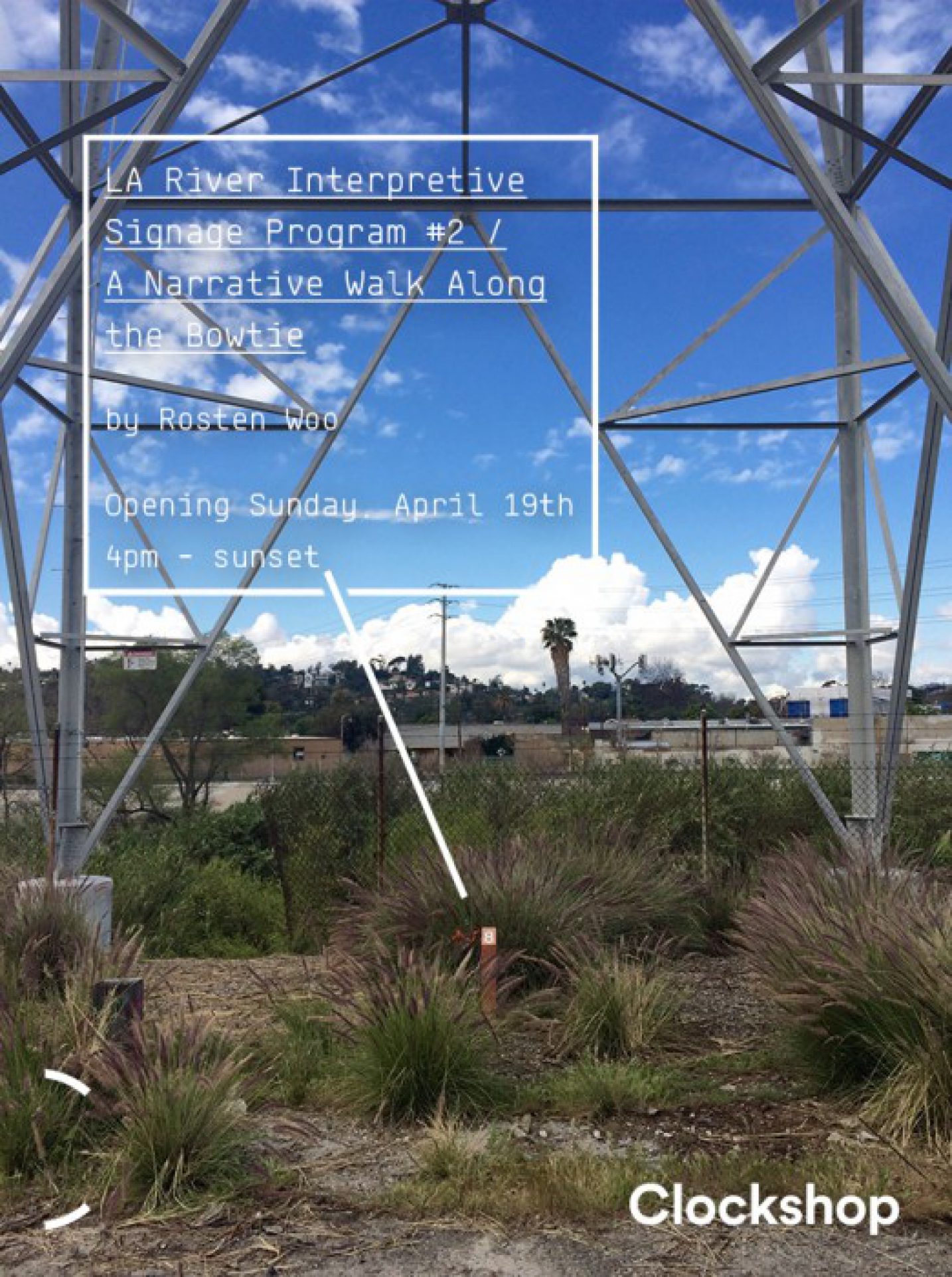 For Part 2 of his LA River Interpretive Signage Program, Rosten Woo has created a narrative walk that leads viewers through the Bowtie Parcel, identifying points of interest and speculation. Visitors can take the narrative walk by borrowing a pamphlet from a box on site or by following along via an audio guide at the bowtiewalk.org . The guides use the Bowtie Parcel’s landscape as a site for thinking about such topics as the aesthetics of power transmission, the politics of native landscape design, the chemistry of bitterness, and the economics of vapor infiltration.

Daniel Wuebben will speak about his project, Power-Lined, and propose power lines as sites of imaginative and visual play. Playing power lines, he maintains, can tease beauty from this overhead blight. Daniel teaches in the Writing Program at UC Santa Barbara.

Drinks and food cooked over the open campfire will be served following Dan’s talk.

Rosten Woo is an artist, designer, writer, and educator living in Los Angeles. He makes things that help people understand complex systems, re-orient themselves to places, and participate in group decision-making. Most of what he makes is designed with a specific context and community in mind. Collaboration is his primary skill.

This project is generously supported by Project 51, Play the LA River.