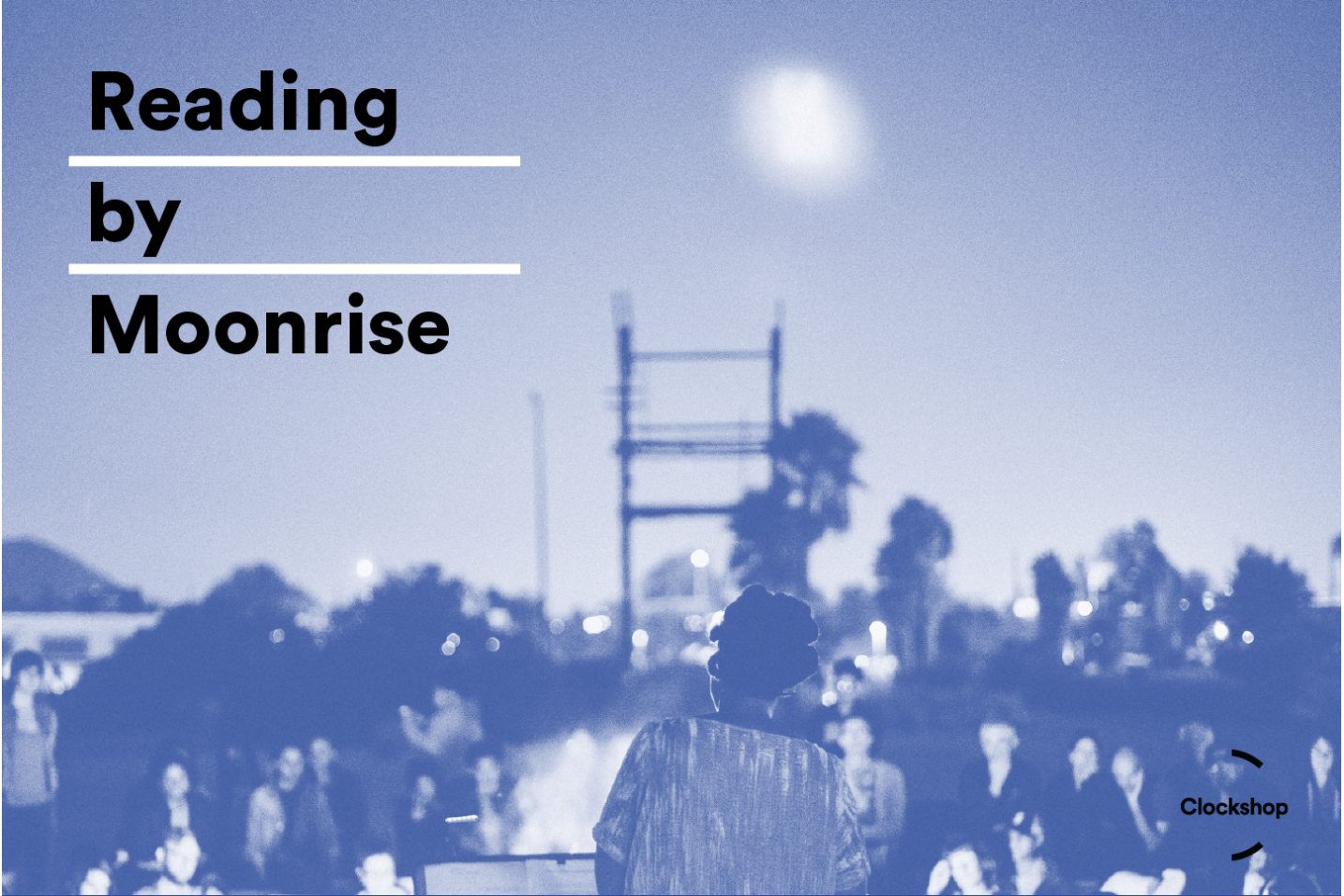 Join us at the Bowtie Project for an evening around the fire as the Get Lit Players read new and favorite works while the full moon rises over the LA River.

Guests are encouraged to bring picnic items and blankets. S’mores will be provided between readings. Reading by Moonrise is a quarterly fireside reading series held at the Bowtie Project on the eve of the full moon.

Hanna Harris is a Get Lit Teaching Artist and a professional spoken word artist and educator. She has performed at LACMA, Warped Tour, Dodger Stadium, live on KPFK, and at over 40 schools in the LA area. She is a Teaching Artist at Get Lit, and her work has been featured in Melancholy Hyperbole, Bluepepper Magazine, and Teen Ink. She was the recipient of the 2016 Can Poetry Save the Earth Prize, as well as being a two-time Editor’s Choice recipient & Poet of the Month. She has taught workshops at UC Santa Barbara and was featured on Refinery 29’s Obsessee. She was recently named a Youth Poet Laureate Ambassador of Los Angeles by Urban Word.

Marcus James is a Get Lit Teaching Artist who speaks on trans* issues, culture, acceptance, and more. Marcus attended El Rancho High School and now attends the University of California, Santa Barbara, majoring in film and media studies. At El Rancho High School, he served as captain of her high school’s Academic Decathlon team, and copy editor and reporter for the school’s newspaper, El Rodeo. His work has been published the Los Angeles Times, and he is an active advocate for the LGBT community.

Yoko April Tamada speaks on feminism, the biracial experience, the queer experience, stereotypes, and more. Yoko April Tamada is the president of Warren High School’s poetry club, Woke Words. She has performed at venues from California to New York, including the United Nations Peace Project, Paradigm Talent Agency, Denim Days, and opening for Demi Lovato with an educational video about gun control for March For Our Lives. In addition to her high profile activism, she also performs at dozens of schools across California, along with various open mics such as Get Lit’s Melt the Mic at the Actors Gang and College Bridge Academy in Watts. Yoko hopes to use her poetry to spread more love and inspiration for her second consecutive year as a Get Lit Player. Oh! And she also thoroughly enjoys petting the smallest of dogs!

Rodrigo Jose Sigala speaks on culture, growing up, love, his beautiful nana who makes the meanest frijoles and more. Rodrigo Jose Sigala is currently a junior at OFY in San Gabriel. He is a Mexican-American poet and photographer who has worked alongside Get Lit-Words Ignite for 3 years. Aside from performing at open mics all across California he has also performed at venues such as the Dorothy Chandler Pavilion and the Disney Hall. Apart from writing poems that take you on a rollercoaster ride, some of his hobbies include drawing, hour-long phone calls and cooking while his best friend reads poetry while sitting on the counter.

Get Lit was founded in 2006 after Diane Luby Lane created a one-woman show about the power of books and toured colleges, high schools, jails, and detention centers, with iconic Chicano poet Jimmy Santiago Baca. After the show closed she couldn’t bear the thought of cutting off the work completely. She started teaching classic and spoken word poetry in three high schools: Fairfax, Fremont, and Walt Whitman Continuation. When the semester ended… the students wouldn’t leave. They insisted on meeting after school. The rest is history. Today, the curriculum has expanded to over 100 schools throughout California, and is sold to schools all over the world. Get Lit’s poetic ambassadors, The Get Lit Players, are the most watched poets on the internet with over 350 million online views. Get Lit uses poetry to increase literacy, empower youth, and inspire communities.