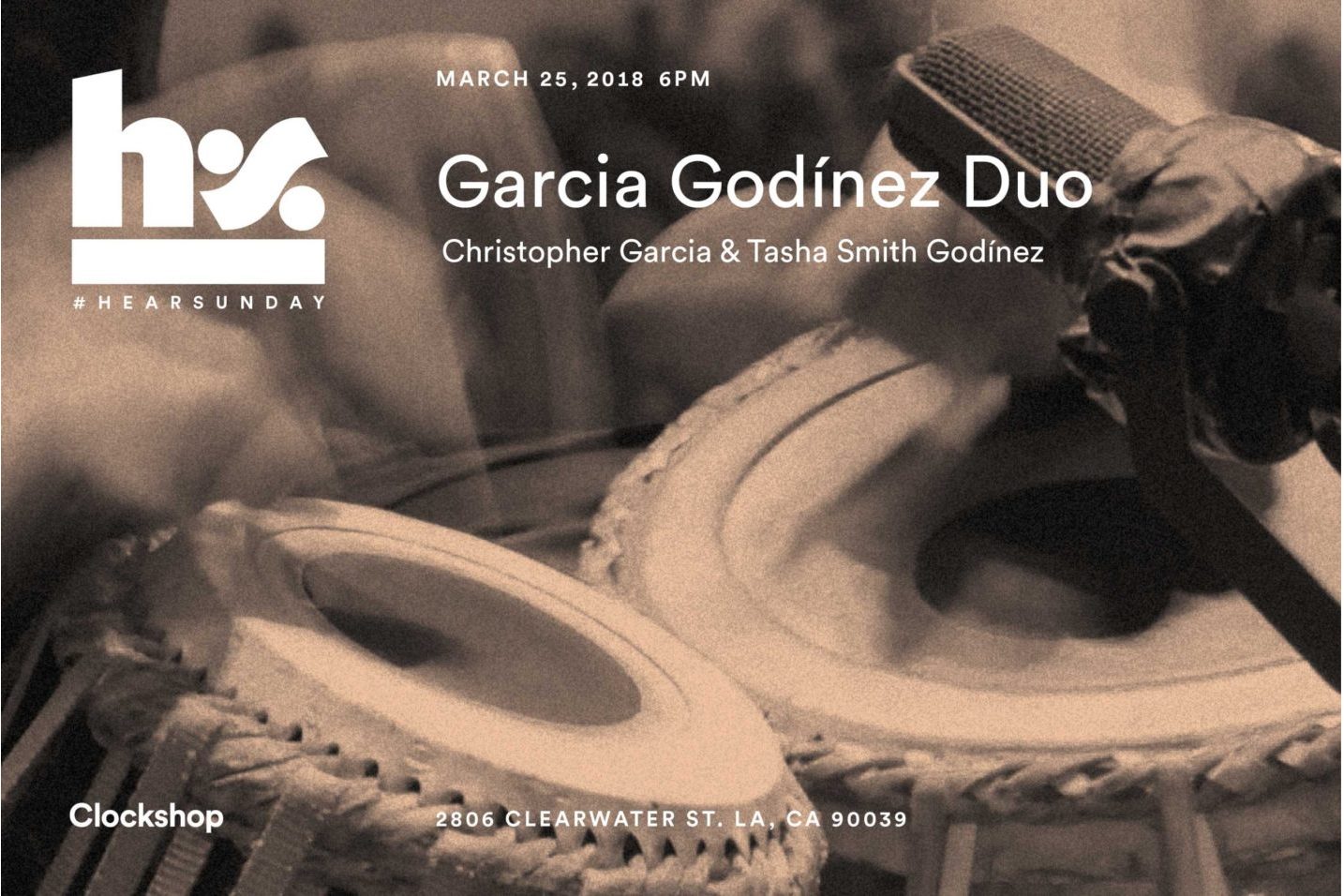 This month, Garcia Godínez Duo joins us at Clockshop for a performance featuring new and favorite works for pedal harp, lever harp, violin and indigenous breath and percussion instruments of Mexico and India.

Christopher Garcia is a critically acclaimed musician, composer and educator who specializes in drumset, hand and stick percussion of India, hand and stick percussion of indigenous Mexico, and marimba. A native of east Los Angeles, Christopher attended California Institute of the Arts on a full scholarship, where he studied percussion with John Bergamo, and tabla with Pandit Taranath Rao, Leonice Shinemann, and Swapan Chaudhuri. Since then, he has performed on 5 continents in 29 countries.

With over 20 years experience playing both the harp and the violin, Tasha Smith Godínez is an accomplished musician and educator. Smith Godínez debuted as a soloist at age 16 and has graced stages worldwide ever since. Smith Godínez studied harp performance at San Diego State University, and received her bachelors’ degree, with honors, in 2005. Following her graduation, she moved to Paris to study with renowned harpist Isabelle Perrin at L’École Normale de Musique de Paris, where she received the French equivalent of a master’s degree in harp performance. Tasha would go on to earn a master’s degree in harp performance from San Diego State University in 2010.

Smith Godínez has performed extensively throughout southern California, Mexico and Europe, and frequently performs with the Orquesta de Baja California in Tijuana, Mexico and the Grossmont Symphony of San Diego, California. In addition to orchestral performance, she is an avid soloist and chamber musician.

Smith Godínez is the president of the American Harp Society, San Diego Chapter and a harp teacher at the San Diego Harp Academy.