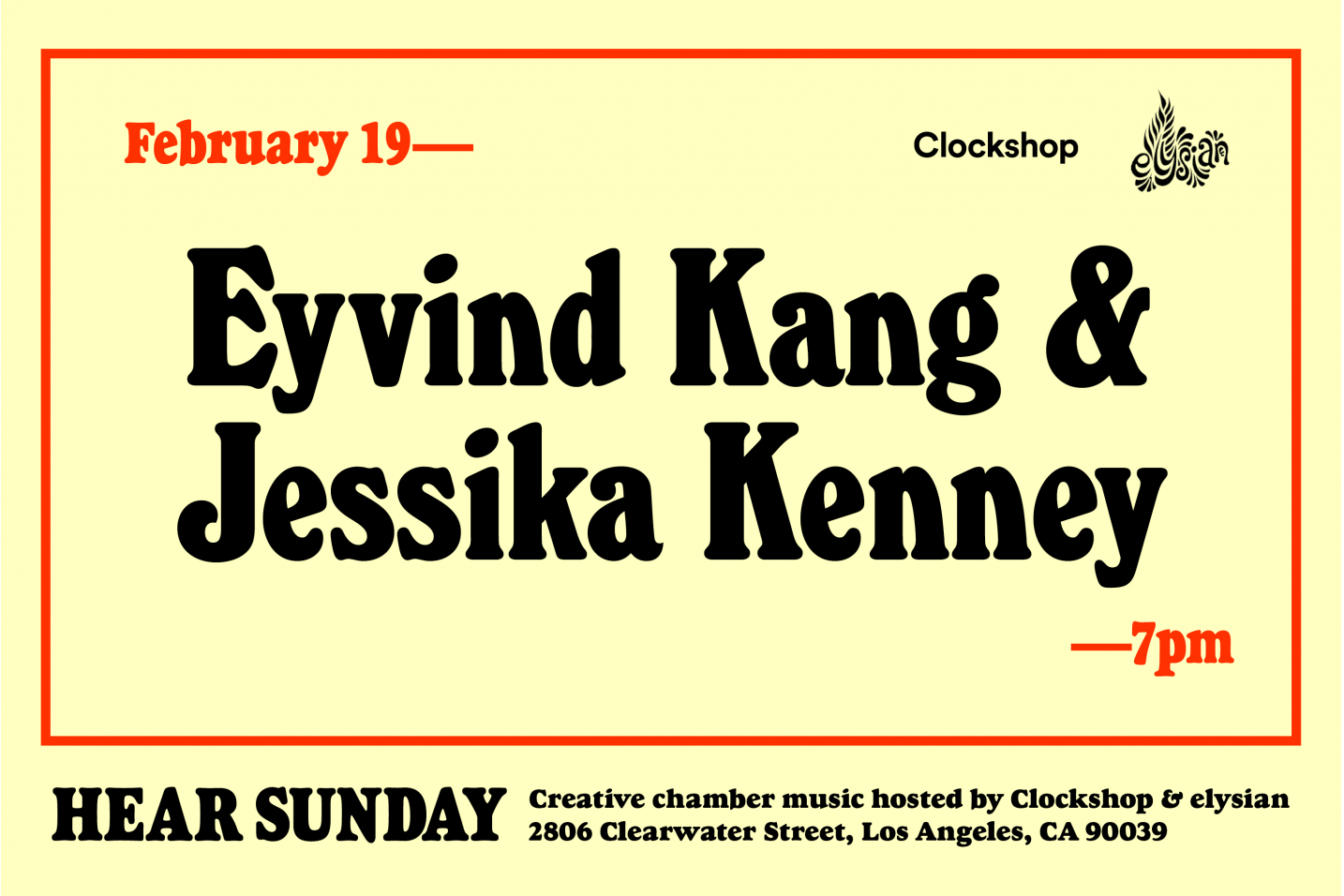 Eyvind Kang & Jessika Kenney are musicians who have established themselves as powerful voices working at a unique intersection of contemporary composition, improvisation, and Asian traditional music forms.

Their ongoing collaboration has been described in the New York Times as “work of delicate beauty” and “serious, refined music.”

Internationally acclaimed composer, performer and recording artist Eyvind Kang has released more than 20 albums on labels such as Black Truffle, Abduction, Editions Mego, Idealogic Organ, Ipecac and Tzadik, and his music has been performed by the BBC Scottish Symphony Orchestra, Iceland Symphony Orchestra and other ensembles. Kang has played viola and other instruments with Bill Frisell, Laurie Anderson, John Zorn, Sun City Girls, the Secret Chiefs 3, Animal Collective and Blonde Redhead. As a soloist, he has performed work by Christian Wolff, Giacinto Scelsi and Hanne Darboven, among other composers.

Jessika Kenney is a singularly adept vocalist/composer/improviser working in the realms of the subtle melody, creating music for her duo with Eyvind Kang as well as for orchestra, soloists, and small ensembles. She has performed the music of Cage, Feldman, Scelsi, Trimpin, Tenney, and Sawai, informed by the atmospheres and techniques absorbed through her penetrating approach to the practice of Javanese sindhenan and Persian radifs. Kenney’s collaborations have also been with writers, including Fatemeh Keshavarz, Red Pine, and Anne Carson. Her involvements in noise, metal, electronic music and minimalism, include two recordings with ASVA, one based on text diagrams of Charles Saunders Peirce. In 2015 Kenney’s LP “ATRIA” was released by the avant-metal SIGE label, alongside a sound, score, sculpture, and video installation filling the Frye Art Museum in Seattle. Kenney taught from 2007-2015 at Cornish College of the Arts, from which she holds a degree in Music. Kenney is also a student of Ostad Hossein Omoumi, with whom she often performs and records (‘Voices of Spring’ 2007). She is a recipient of the James Ray Distinguished Artist Award in 2015, the Stranger Genius Award with Eyvind Kang in 2013, and the Lionel Hampton Festival Best Jazz Vocalist Award in 1992.