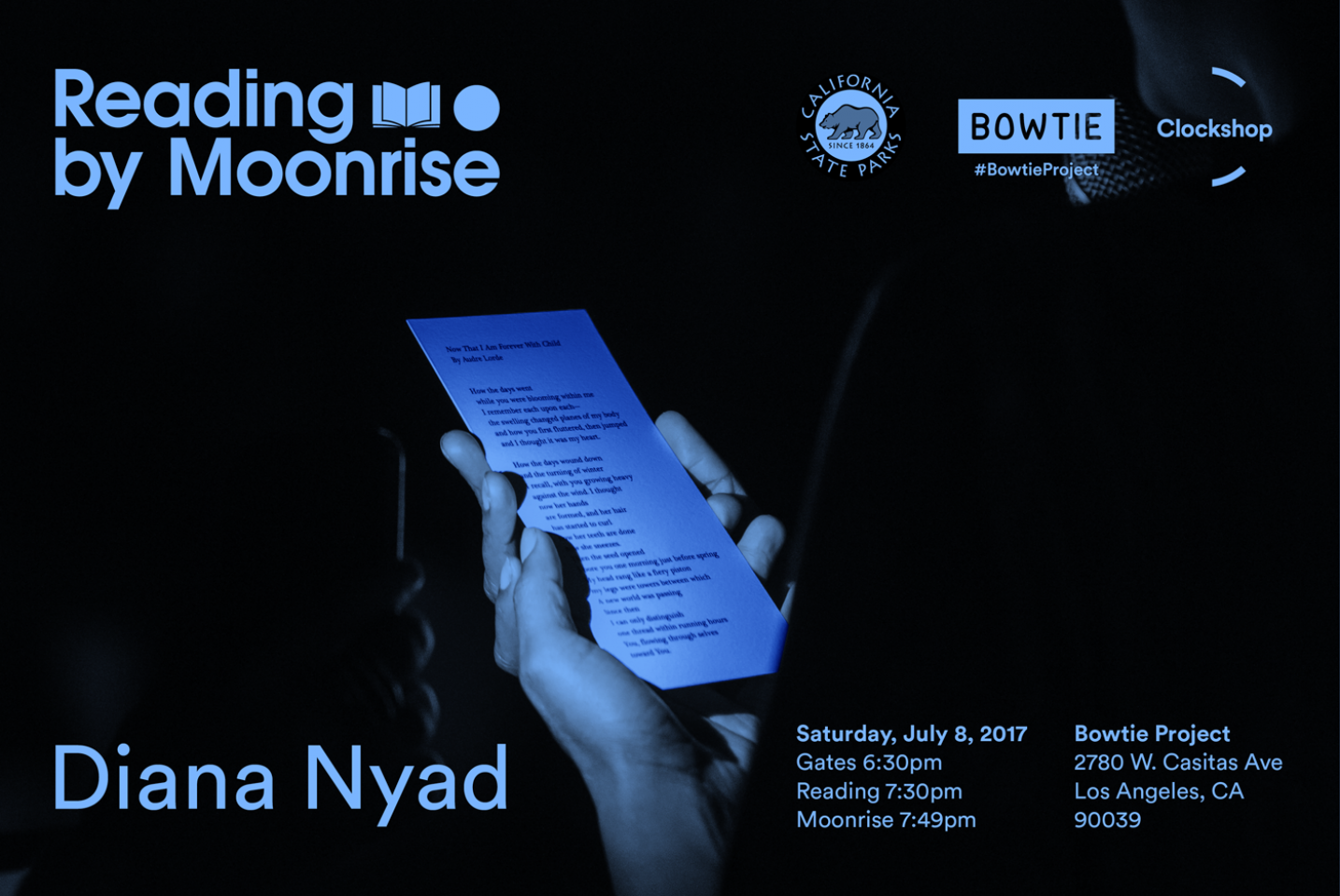 Join us at the Bowtie Project for an evening around the fire while author and celebrated long distance swimmer Diana Nyad reads excerpts from her memoir as the full moon rises over the LA River.

Guests are encouraged to bring picnic items and blankets. S’mores will be provided after the reading.

On September 2, 2013, at the age of sixty-four, Diana Nyad became the first person to swim from Cuba to Florida without the aid of a shark cage, swimming 111 miles in fifty-three hours from Havana to Key West. In the 1970s, she became known as the world’s greatest long distance swimmer with her open-water achievements, including a record-breaking swim around Manhattan. For the next thirty years, Nyad was a prominent sports broadcaster and journalist, filing compelling stories for National Public Radio, ABC’S Wide World of Sports, and others. She is the author of the memoir, Find a Way, and three other books, is a national fitness icon, a talented linguist, and is one of today’s most powerful and engaging public speakers.