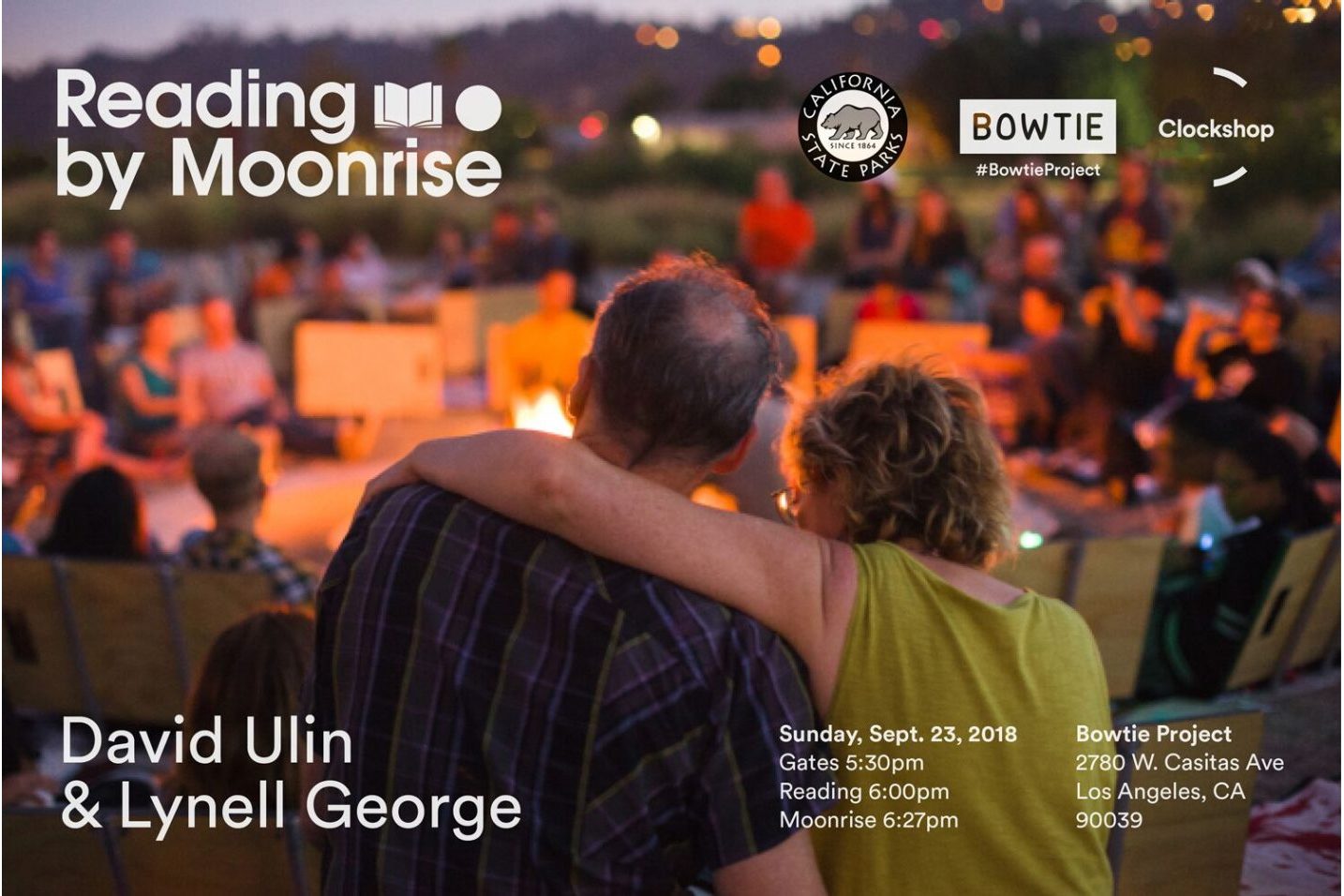 Join us at the Bowtie Project for an evening around the fire as David Ulin and Lynell George read new works while the full moon rises over the LA River.

Guests are encouraged to bring picnic items and blankets. S’mores will be provided between readings. Reading by Moonrise is a quarterly fireside reading series held at the Bowtie Project on the eve of the full moon.

David L. Ulin is the author or editor of ten books, including Sidewalking: Coming to Terms with Los Angeles, shortlisted for the PEN/Diamonstein-Spielvogel Award for the Art of the Essay, and the Library of America’s Writing Los Angeles: A Literary Anthology, which won a California Book Award. He teaches at the University of Southern California, and is the recipient of a Guggenheim Foundation Fellowship; a Tom and Mary Gallagher Fellowship from Black Mountain Institute at the University of Nevada, Las Vegas; and a Lannan Foundation Residency Fellowship. A second edition of his book The Lost Art of Reading will be published in September, with a new introduction and afterword.

Lynell George is a journalist and essayist. She author of After/Image: Los Angeles Outside the Frame, a collection of essays and photographs exploring her native city and No Crystal Stair: African Americans in the City of Angels, a portrait of black L.A. in the late 20th Century, drawn from her reportage. As a longtime staff writer for both the Los Angeles Times and L.A. Weekly, she focused on social issues, human behavior, and identity politics, as well as visual arts, music, and literature. She taught journalism at Loyola Marymount University, and was named a USC Annenberg/Getty Arts Journalism Fellow in 2013 and in 2017 received the Huntington Library’s Alan Jutzi Fellowship for her studies of California writer Octavia E. Butler. A contributing arts-and-culture columnist for KCET|Artbound, her commentary has also been featured in numerous news and feature outlets including Boom: A Journal of California, Smithsonian, Vibe, Essence, Black Clock, and Ms. Her liner notes for Otis Redding Live At The Whisky A Go Go: The Complete Recordings won a 2017 GRAMMY.