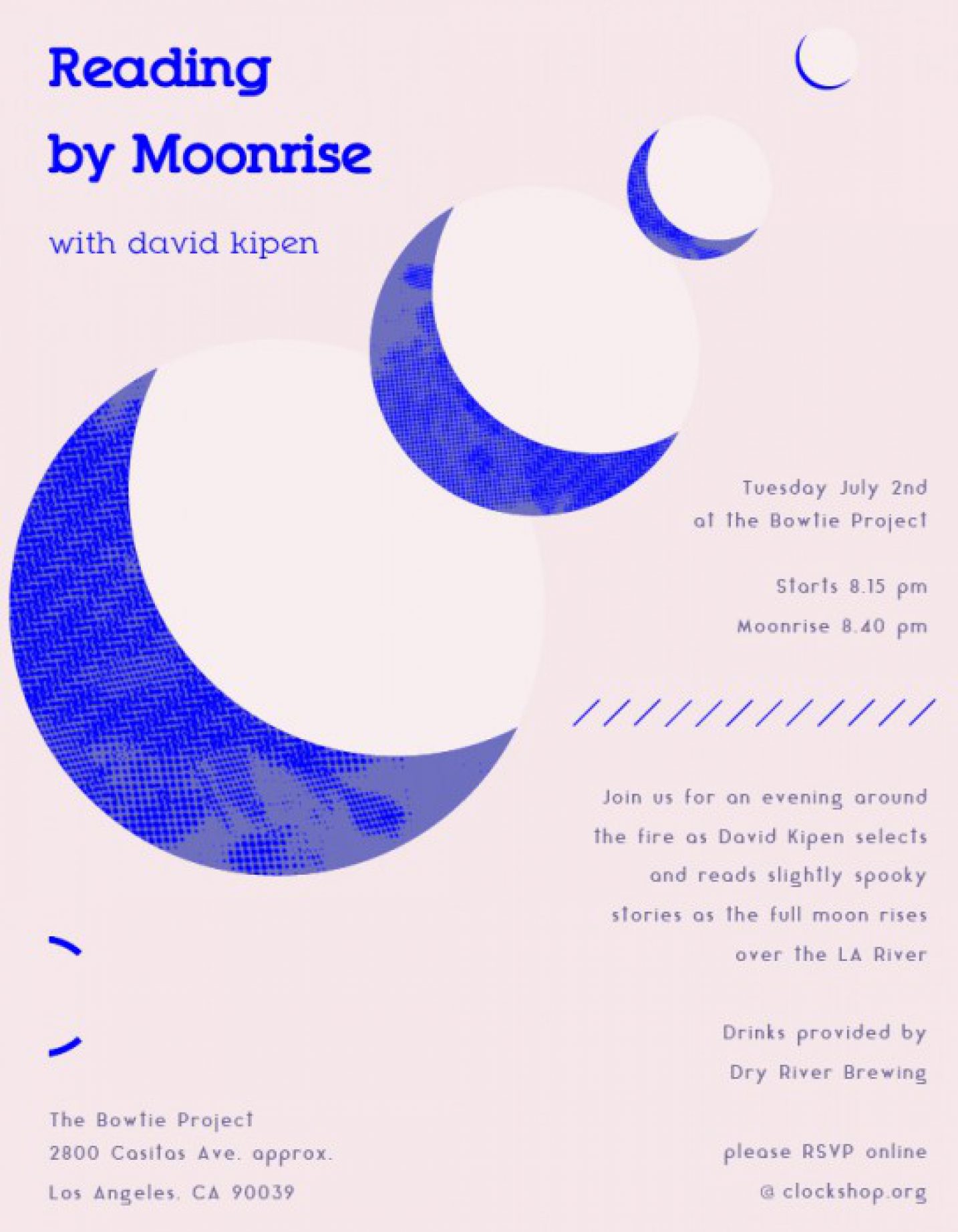 Join us at the Bowtie Project for an evening around the fire as David Kipen selects and reads slightly spooky stories as the full moon rises over the LA River.

David Kipen has written and broadcast about books, movies, DVDs, and TV for KPCC, KCET, and The Bob Edwards Show on XM Satellite Radio. From 1998-2005, he was book editor/critic for the San Francisco Chronicle. He also broadcast book reviews/essays for NPR’s Day to Day, and presented KCRW-FM’s weekly commentary/podcast Overbooked. He received his B.A. in literature from Yale in 1985, for whatever that’s worth, then came home to manage the Nuart Theater in Los Angeles and write about books and movies for The L.A. Times, Atlantic Monthly, Variety, Salon.com, Buzz, and would you believe World Policy Journal? He served as the NEA’s Director of Literature, leading The Big Read, a nationwide initiative to restore reading to the heart of American life by helping cities and towns create sustainable one-city-one-book programs. David got on the publishing scoreboard with The Schreiber Theory: A Radical Rewrite of American Film History (Melville House, 2006), a valiant stab at a screenwriter-centric cosmology of the movies. His translation of Cervantes’ novella The Dialogue of the Dogs is also out from Melville House, and he founded and runs the nonprofit lending library and bookshop Libros Schmibros.