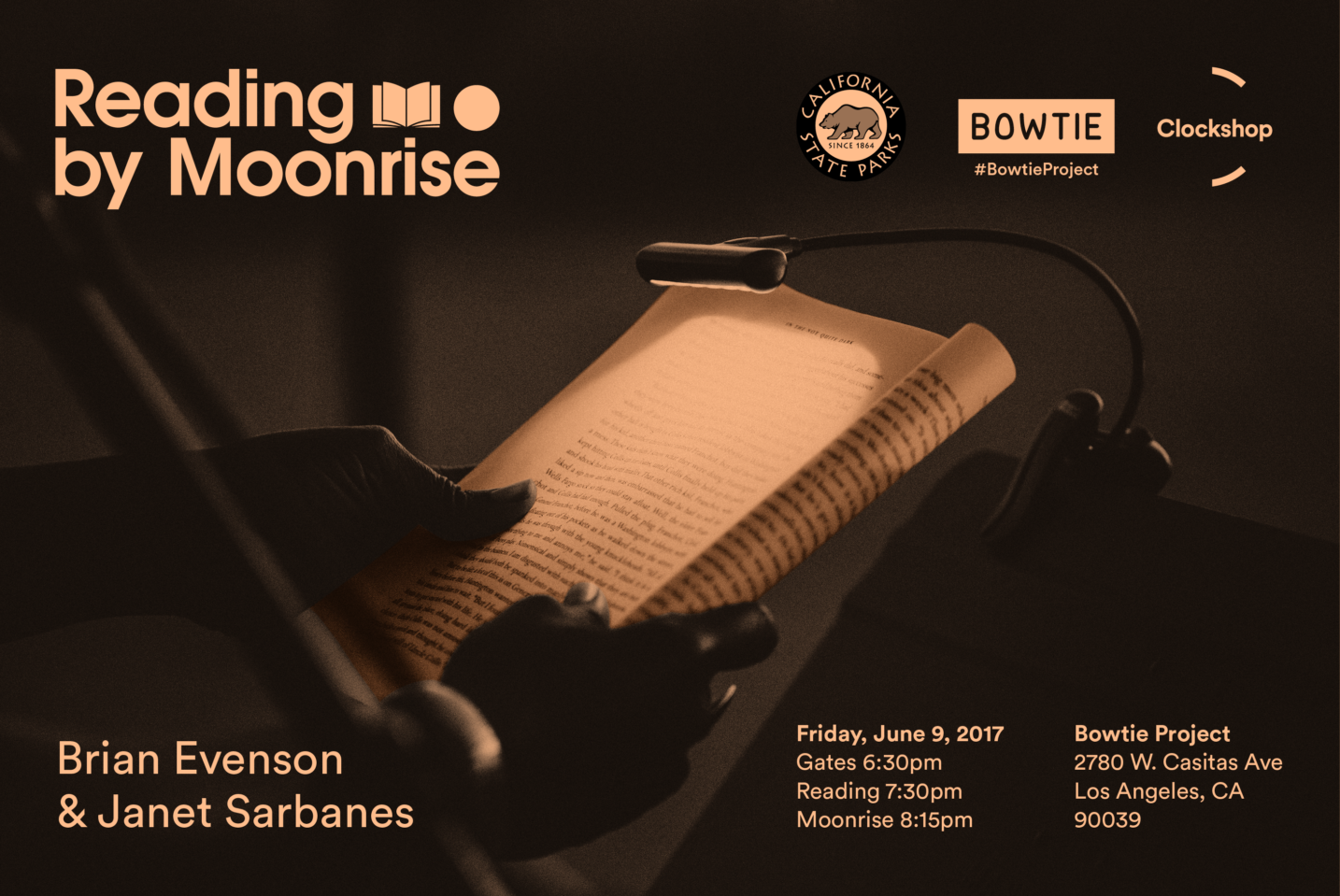 Join us at the Bowtie Project for an evening around the fire while authors Brian Evenson and Janet Sarbanes read new and favorite works as the full moon rises over the LA River.

Brian Evenson is the author of more than a dozen books of fiction, most recently the story collection A Collapse of Horses (Coffee House Press, 2015) and the critical book Ed Vs. Yummy Fur: Or What Happens When a Serial Comic Becomes a Graphic Novel (Uncivilized, 2014).  His collection Windeye (2012) and the novel Immobility (2012) were both finalists for the Shirley Jackson Award. His novel Last Days won the 2009 ALA-RUSA Award). His novel The Open Curtain (2004) was a finalist for an Edgar Award and an International Horror Guild Award. He has translated work by Christian Gailly, Jean Frémon, Claro, Jacques Jouet, Eric Chevillard, Antoine Volodine, Manuela Draeger, David B., and others. He is the recipient of three O. Henry Prizes as well as an NEA fellowship. His work has been translated into French, Italian, Spanish, Japanese and Slovenian.

Janet Sarbanes’s latest book of fiction is the The Protester Has Been Released, out from C & R Press in April 2017.  Recent short stories appear in Black Clock, P-Queue, Entropy and North Dakota Quarterly. She lives in Los Angeles and teaches at CalArts.