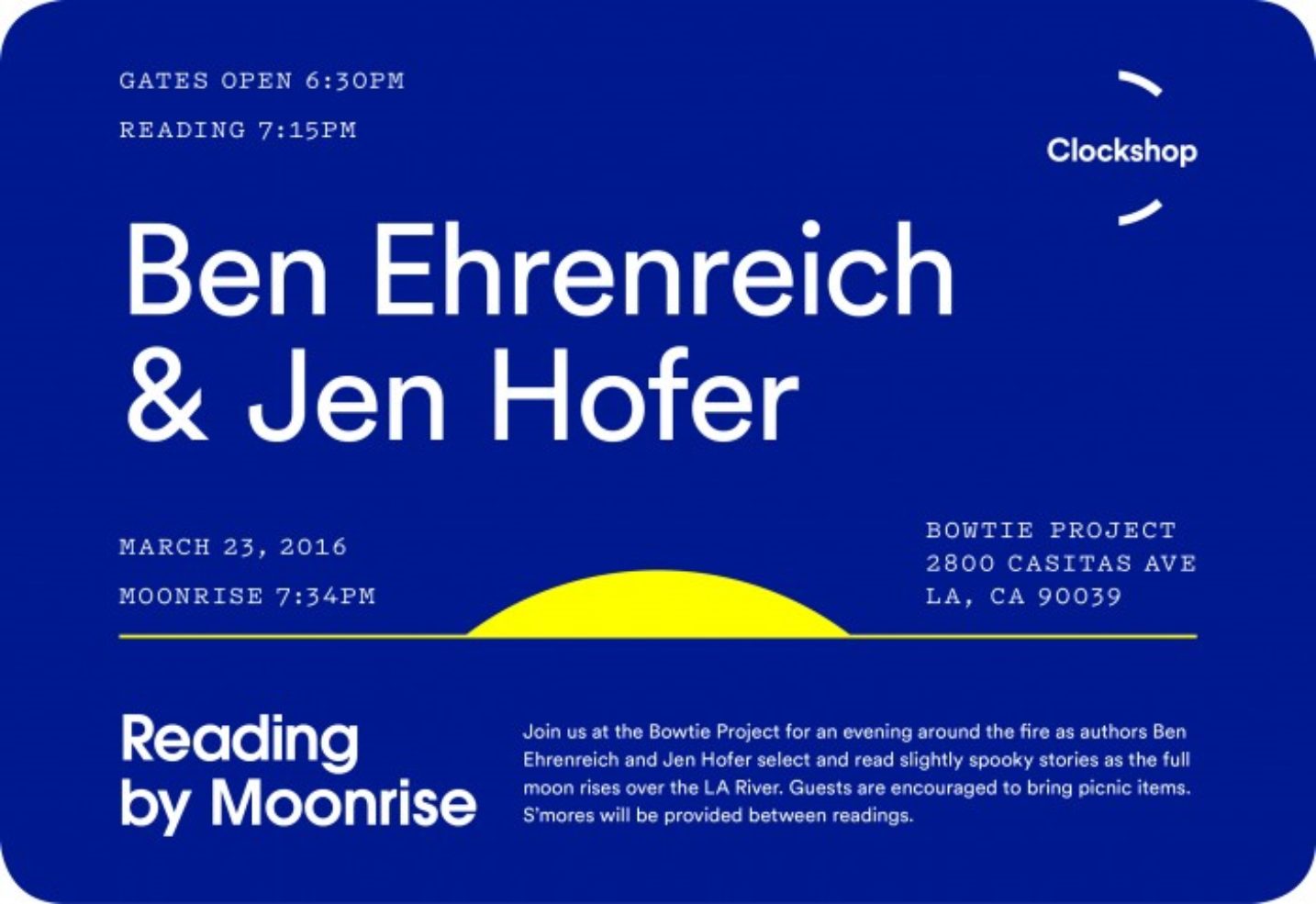 Join us at the Bowtie Project for an evening around the fire as authors Ben Ehrenreich and Jen Hofer select and read slightly spooky stories as the full moon rises over the LA River.

Ben Ehrenreich is the author of two novels, The Suitors (Counterpoint, 2006) and Ether (City Lights, 2011). His journalism and essays have appeared in Harper’s, the New York Times Magazine, the London Review of Books, The Nation and many other publications, and he writes frequently for Los Angeles magazine and the Los Angeles Review of Books. In 2011 he was honored with a National Magazine Award for feature writing and in 2012 with a Pen Center USA literary award for journalism. His next book, The Way to the Spring, based on his reporting from the West Bank, will be published by Penguin Press in June.