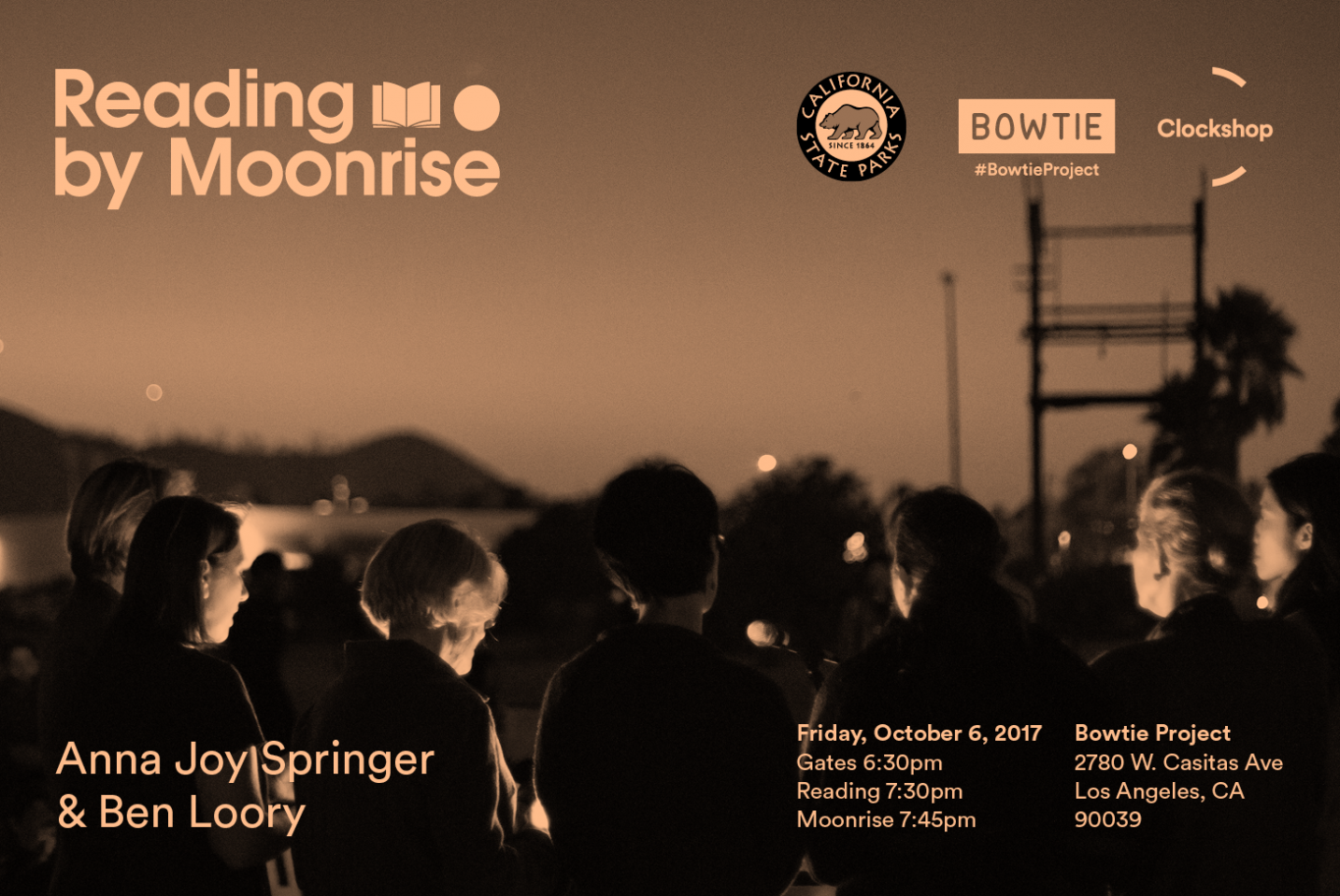 Join us at the Bowtie Project for an evening around the fire while authors Anna Joy Springer and Ben Loory read excerpts from new and favorite works as the full moon rises over the LA River.

Guests are encouraged to bring picnic items and blankets. S’mores will be provided between readings, and books will be available for sale, courtesy of Skylight Books.

Anna Joy Springer is a queer visual artist, performer, and cross-genre writer who investigates the weird intersections of sacredness, perversity, and interbeing. She is the author of The Vicious Red Relic, Love (Jaded Ibis, 2011), an illustrated fabulist memoir with soundscape, and The Birdwisher, A Murder Mystery for Very Old Young Adults (Birds of Lace, 2009). Her other work appears in anthologies, journals, and zines, as well as on several records. An associate professor of literature at UC San Diego and the director of its MFA program in literature writing, she teaches experimental writing, feminist literature and graphic texts. She’s played in punk and dyke punk bands Blatz, The Gr’ups, and Cypher in the Snow, touring the U.S. and Europe in these bands and in Sister Spit, the infamous group of raucous feminist literary performers. She is the winner of an Academic Senate Distinguished Teaching Award (2010) and a recipient of UCSD Chancellor’s Associates Faculty Excellence Award (2013).

Ben Loory is the author of the collections Stories for Nighttime and Some for the Day (Penguin, 2011) and Tales of Falling and Flying (Penguin, 2017), as well as a picture book for children, The Baseball Player and the Walrus (Dial Books for Young Readers, 2015). His fables and tales have appeared in The New Yorker, Tin House, READ Magazine, and Fairy Tale Review, have been heard on This American Life and Selected Shorts, and have been performed live at WordTheatre in Los Angeles and London. Loory is a graduate of Harvard University and holds an MFA in screenwriting from the American Film Institute. He lives in Los Angeles, where he is an instructor for the UCLA Extension Writers’ Program.

First time to the Bowtie? Get directions and review FAQ here