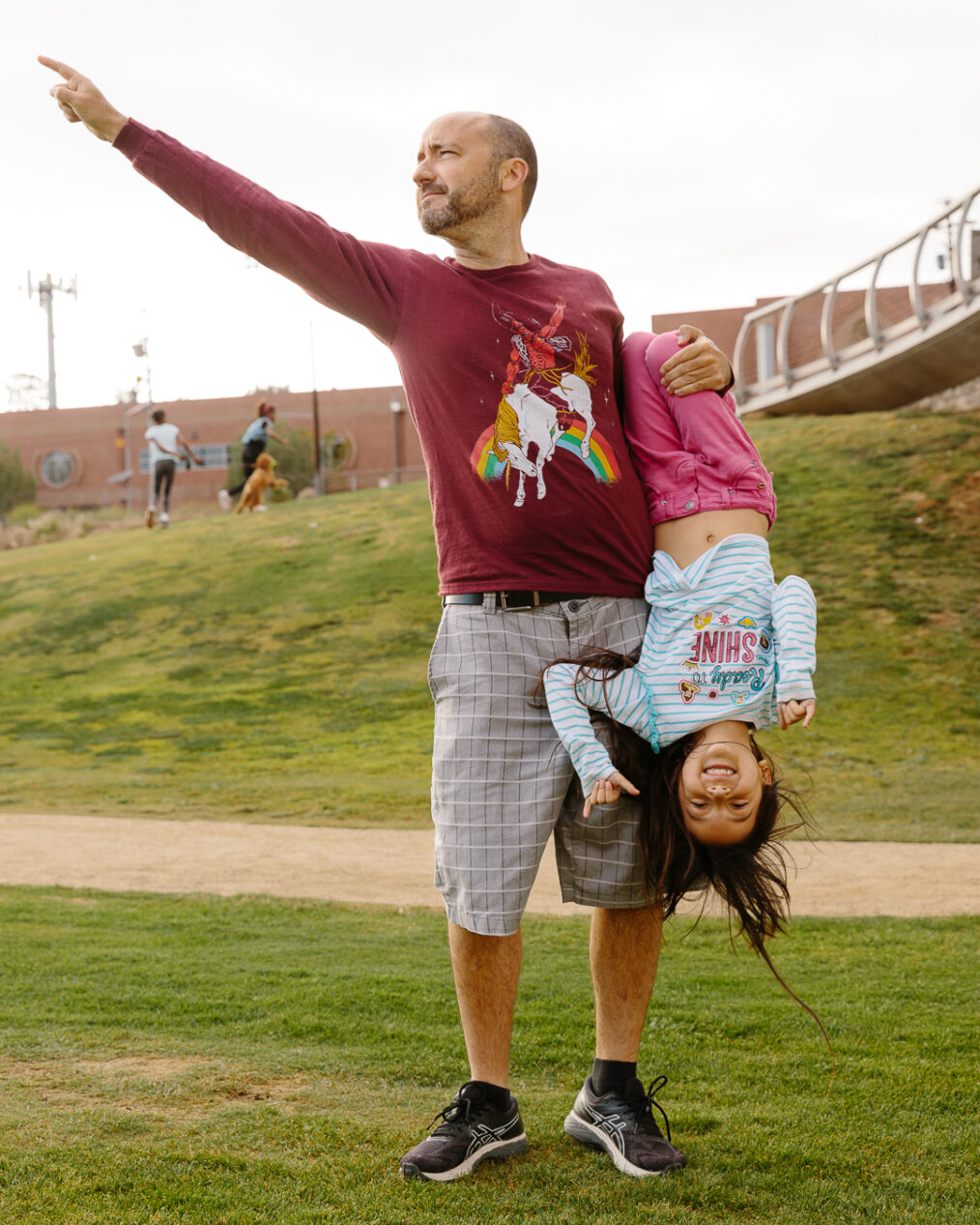 Monk and his Daughter

Monk moved to LA as an adult. His childhood was filled with experiences outside in nature. As he got older he began to realize how important that time outdoors was in shaping who he is.

“My daughter has grown up in apartments pretty much all her life. From when she was born, I started visiting parks throughout LA County and using Google Maps to track every park that we would go to. At this point, I think we’re at about 250 parks — planning to get to at least 300 different parks throughout LA County. The parks give us an opportunity to bond. I think it’s also important for her to be outside, breathing fresh air. She gets to experience different neighborhoods, outside of her own.”

“Every park is different. That’s what’s so amazing about this whole thing. It’s just a reminder of how many different neighborhoods there are here that all have their own feel. I feel like the local parks wind up being a reflection of that. You kind of get to know communities through going to a park that’s not near your home and just being there. Different cities clearly contract with different playground vendors, but still, the setup of the playgrounds are always different, which is really interesting to see. Frankly, even though I’m a grown-ass man, I still like being on a swing set. I never grew out of that, so I like going on a swing set and just chilling out and relaxing. She likes it, too. It’s our thing. I do have concerns regarding access to parks. There’s definitely been a couple parks we went to that didn’t feel safe — we didn’t stick around and we left. So, I definitely have concerns about people having access to parks, number one, and then, number two, having access to parks where it’s safe for them to be there.”