Clockshop believes in the power of art and culture to connect people to the land on which they live.

We commission new works by artists and writers, curate inclusive public programs about pressing political and environmental issues, and use collaboration to catalyze large institutions to embrace change.

Our core activity is the production of new projects and public programs. We bring this mission to our partnership with California State Parks at Los Angeles State Historic Park in Chinatown and at the Bowtie Project, an underused public space along the Los Angeles River. Together, we work with our community in shaping the future of the city.

Clockshop was founded by filmmaker Julia Meltzer in 2004 and is a 501(c)3 nonprofit organization. We do not accept unsolicited portfolios or proposals.

Clockshop is located in a former porcelain mold factory in Frogtown, adjacent to the LA River. We share our space with elysian, an event venue run by David Thorne and his dedicated staff, as well as LA-Más, an urban design non-profit that helps lower-income and underserved communities shape their future through policy and architecture.

Many Clockshop events happen at the Bowtie Parcel (2780 W. Casitas Ave. 90039), a river-adjacent parcel of land owned by California State Parks. Learn more about our partnership here. Clockshop has also executed projects on LA city streets, and at various partner institutions, such as California Institute of the Arts, the Huntington, and Armory Center for the Arts. 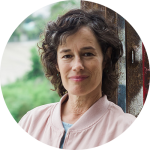 Julia Meltzer is an artist and filmmaker, and the founding director of Clockshop. Meltzer’s film and video work has been exhibited at the Metropolitan Museum of Art, Whitney Museum of American Art, Los Angeles Film Festival, Toronto International Film Festival, Rotterdam International Film Festival, Sharjah Biennial, and toured with the Sundance Film Forward Program. Her most recent films, the feature documentaries The Light in Her Eyes (2011) and Dalya’s Other Country (2017) were broadcast on POV on PBS. Meltzer is a recipient of a Rockefeller Media Arts Fellowship, John Simon Memorial Guggenheim Foundation Fellowship, and was a Senior Fulbright Fellow in Damascus, Syria. 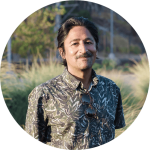 Leonardo Bravo is an artist, educator, and curator. His work in the non-profit arts field has exemplified how building public and private partnerships can highlight the power of the arts to transform and catalyze vulnerable and underserved communities. He is the founder and organizer of Big City Forum, an interdisciplinary, social practice and curatorial research project that brings attention to emergent practices across design, architecture, and the arts. From 2008 to 2015 he was the Director of School of Programs for The Music Center and from 2016 to 2019 he was the Director of Education and Public Programs with the Palm Springs Art Museum. Most recently, Mr. Bravo was the Chief Program Officer for the Cayton Children’s Museum in Santa Monica, CA. Leonardo Bravo received his MFA from the University of Southern California and his BFA from Otis College of Art & Design. 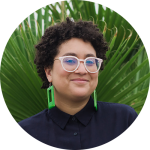 Lindsey Lee Eichenberger is a writer, educator and zine-maker. She has led multiple zine workshops and given lectures about the power of self-publishing, working with students as young as preschool, to teachers in professional development trainings. She has developed curricula, produced multiple youth programs and is currently an MA candidate at Cal State LA. Lindsey lives in Los Angeles, where she is from. 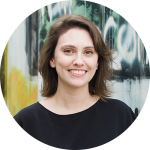 Katie Manos is a graphic designer born in, living in and focusing on Los Angeles. She holds a BA in Design Media Arts from UCLA and a Masters of Fine Arts in Graphic Design from Otis College of Art and Design. 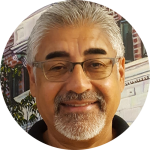 Hugo Garcia is the Clockshop Director of Community Engagement for the Bowtie Parcel Project (G-1). Hugo also serves as the Campaign Coordinator for Environmental Justice at Esperanza Community Housing. He brings over 30 years of community organizing and engagement experience across several environmental and social justice campaigns throughout the City of Los Angeles. He specializes in building strategic partnerships and successful organizing strategies. A lifelong resident of East Los Angeles, Hugo also has experience in teaching and employment development, having served as Director of the 2nd largest youth employment development program in the city of Los Angeles.

Gina Clyne is a photographer, graphic designer, and book binder living and working in Los Angeles. She studied at Otis College of Art & Design from 2001 to 2005, where she majored in Fine Art Photography. Since 2012, Gina has directed her energy towards building a photography business, shooting event-based projects throughout Los Angeles and beyond, while simultaneously collaborating with local musicians and artists, contributing documentary/press photography and graphic design for album art and other ephemera.

Core Values and How We Work

Clockshop is firmly dedicated to having and maintaining a staff and board that is diverse and equitable. We work to consistently embrace and reflect a multiplicity of voices and perspectives. Clockshop stands firm against all forms of injustice, inequality and racism, including ways that they assert themselves within the field of art and culture.

As an organization and board we are committed to building a more just world and art institutions and public space that reflect and contribute to it, where we leverage our privilege by opening new doors for creative opportunities especially for underrepresented and emerging artists.

When commissioning new work for the Bowtie, Clockshop partners with artists who are willing to spend a significant amount of time inhabiting and engaging with the site. We support artists who view a Bowtie commission as a valuable opportunity to experiment with their practice in a raw, post-industrial, urban landscape.

Clockshop regularly hosts panel discussions and conversations about big issues that affect both Angelenos, and the world at large. These events aim to empower attendees by making complex ideas more accessible through in-depth conversations with personable experts.

Finally, through our partnership with California State Parks, Clockshop provides land-based education programming for Angelenos of all ages. Programs have included overnight campouts at the Bowtie, field trips with nearby schools, and a nature interpretation program for local youth.

Clockshop does not accept unsolicited proposals.

Clockshop does not currently have any openings.

Clockshop welcomes volunteers in many forms – document an event, assist an artist in production, check-in guests, etc. As a small organization with an ambitious schedule, we are happy to have all the help we can get. Sign up here.

Clockshop currently has no internships available. Please check back for updated listings.

Clockshop is a 501(c)3 nonprofit organization, and relies on the generosity of government, foundation, and corporate support, as well as individual donors. Donations can be made at anytime here. As an artist-run organization, Clockshop has a strong conviction that producers of culture should be paid for their time and engagement. All Clockshop participants—artists, writers, performers, activists, chefs—are compensated. Clockshop’s programs have been supported by: